Surely the only way the 2015/16 Premier League campaign could get more exciting would be through the premature return of the 'As Things Stand' table.

The quality of football has been largely appalling, granted, but only some dickhead who applies the cedilla to the term 'Barca' in a group chat with friends could possibly argue that it hasn't been an entertaining season, particularly with the free-for-all we're witnessing between the top six clubs.

As we approach Twitchy Ass Time, every side bar Man City, Liverpool, Everton and Newcastle all have just 10 games to either kick on or save their seasons. Unless they're Aston Villa. Just keep doing you, Villa, at this stage. You've gone.

The Premier League table certainly makes for surreal reading, but on the back of a fairly mental summer of spending and a relatively quiet January transfer window, how do clubs' transfer expenses reflect their seasons to date?

Using statistics provided by TransferMarkt, here's a table based on how much Premier League clubs have spent (sales figures not taken into account) over the course of the past two transfer windows. The number in brackets next to each team name is their position in the real Premier League table. 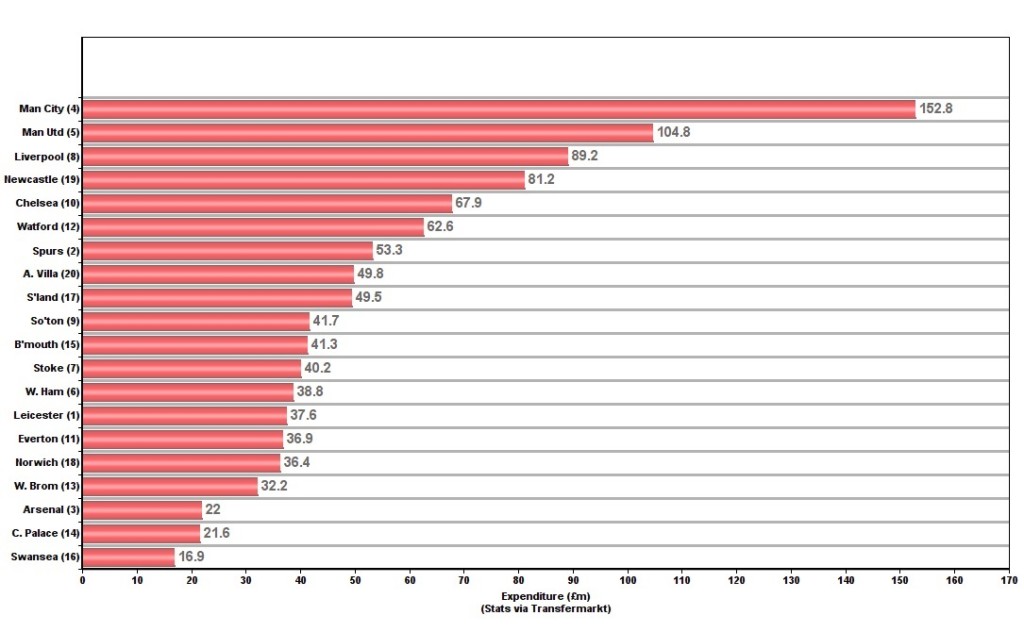 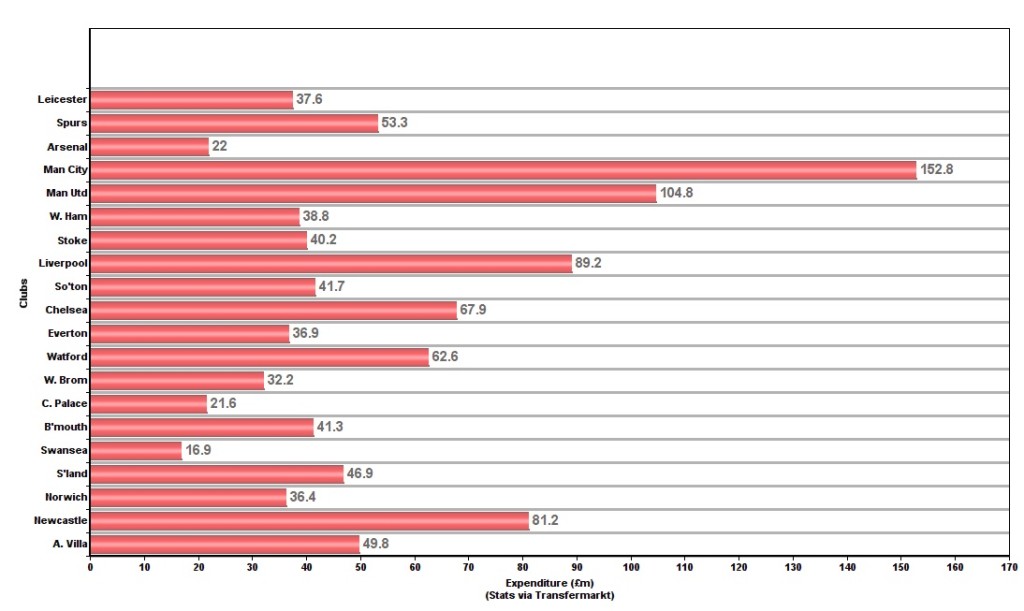 Premier League leaders Leicester spent the seventh least on transfers since their relegation fight the end of last season, a total of £37.6m over the summer and winter windows, according to TransferMarkt.

Meanwhile, two of the three teams in the real-life relegation zone are in the top half for coin spent on new recruits, with 17th-placed Sunderland not exactly covering themselves in glory, either.

Doomed Aston Villa have spent just £3.5m more than Tottenham, who currently sit in second, and who themselves have incidentally turned over a £12.5m profit on players in the past two seasons.

In other news, who even knows what in the shit is going on at Newcastle United? £81m has bought the Toon 27 goals in 27 games, and they currently trail Norwich and bitter rivals Sunderland on goal difference in 19th position. In fairness to Schteve McClaren - or not, depending on which way you look at it - £23m of this total figure was spent on both Jonjo Shelvey and Andros Townsend two months ago.

Also, considering Laurent Koscielny and Petr Cech are now ruled out ahead of this weekend's North London derby, just look at Arsenal. £22m for a supposedly title-chasing club seems particularly frugal when you consider the Gunners' lack of an explosive goalscorer and their limited resources at the back.

To put Arsenal's scant flutterings into perspective, the expenditure of Europe's perennial 'selling club' Lyon, who currently sit in 4th position in France's Ligue 1, amounted to just over £24m.