Since John Giles resigned the Ireland job in 1980, Eamon Dunphy has been engaged in a long war with the position of the Irish football manager, regardless of the incumbent.

He has occasionally flirted with endorsing one or two of them but has subsequently tired of them.

Here's a potted history of the unending war between Eamon Dunphy and the Irish football manager.

Maybe they are as well to give Gilesy another whirl in the Irish manager's chair, though that may jeopardise their friendship. 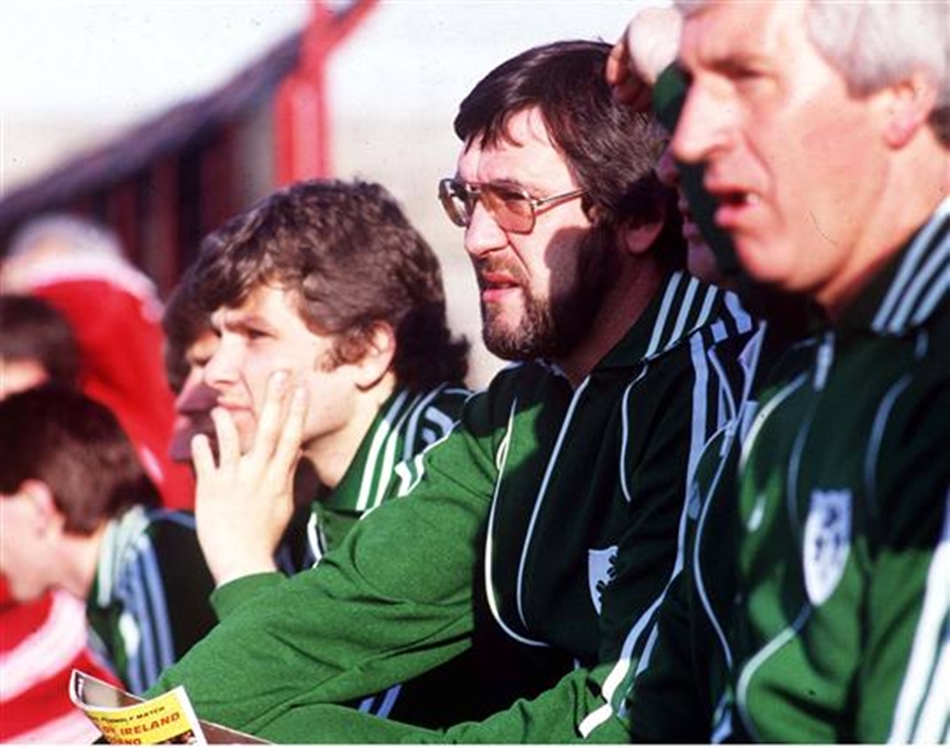 Eoin Hand, who grew up not far from Dunphy is Drumcondra, was the first Irish manager against whom Dunphy would mount a sustained campaign.

He lambasted his management style in the pages of Vincent Browne's Sunday Tribune in the mid-80s.

It was for Hand that Dunphy coined the term 'decentskinsmanship', a term meant to denote a good-hearted but amateurish loser who has got where he is because the fellas at the top regard him as a 'daycent skin'.

Hand wasn't quite the harmless company man that Dunphy tried to portray. He warred continually with the FAI over conditions, eventually being forced to employ his wife as a cook in Russia.

When Ireland played the USSR in Moscow in 1984, the FAI hierarchy were admirably relaxed about the threat of 'Moscow Tummy', the strange affliction that dogged visiting teams who made the mistake of eating the food prepared by the native chefs.

Eoin Hand was less blase about the prospect of diarrhea running roughshod through his playing staff than were his superiors and was forced to personally recruit a chef to cook for the players before the USSR game. So, he got his wife.

The abject 1986 qualifying campaign dribbled to a conclusion with Ireland being schooled by the Danes in Lansdowne Road, in a match that became paradoxically famous in later years for the small crowd that showed up. Hand was out the door.

Not long after his sacking, Hand and Dunphy were both drinking in Joys nightclub in Baggot Street. Hand beckoned Eamo over in what appeared to be a peace offering.

After chatting cordially for a few minutes, Hand filled his wine to the brim and, without warning, tossed it in Dunphy's face, and walked off. Was like a scene out of Coronation Street.

Very people remember it now, but Eamon Dunphy was Charlton's biggest defender in the media in the early days.

They got off to a bad start. At the press conference announcing Jack's appointment, Dunphy rose to challenge FAI President Des Casey about the contentious selection process, Charlton, seated beside Casey, interjected, saying 'he doesn't have to answer that.' He then proceeded to call Dunphy 'a fucking troublemaker' before inviting him outside to discuss the matter further.

Still, Dunphy bore no grudges early doors. While the rest of the media grumbled about Charlton's tactics, Dunphy insisted he would restore order and discipline and professionalism to the Irish setup. It was roughly the inverse of the situation that prevailed later on.

Before the campaign even began, Dunphy wrote that Charlton will 'try and achieve a balance between skill and aggression' and damned all the talk that Charlton would 'have Ireland kicking long hopeful balls in a crude attempt to emulate Wimbledon, Watford and Sheffield Wednesday, the New Barbarians of the English First Division.'

Dunphy regarded Jack's grim pragmatism and blunt insensitivity as an antidote to the years of amiable, soft-headed decentskinsmanship that prevailed before his arrival.

Just prior to the magnificently accomplished performance at home to Bulgaria in late '87, he loudly disputed the notion that qualification was all but gone from Ireland and once more praised Charlton for re-energising Irish football after 'the mess he inherited from Eoin Hand.'

The public are well aware of how relations deteriorated later on.

The aforementioned 'fucking troublemaker' scene in 1986 is little known. That Eamon's car was nearly tipped over in Dublin airport is better known.

These days, Dunphy denies that he labelled McCarthy a 'boil on the arse of humanity', though he never rated him as a footballer. Like most of the 'punditocracy', it must be said.

Dunphy was his usual nagging presence during the early McCarthy era, criticising tactics and selection decisions and generally painting the impression that 'Jack's son' was a bit out of his depth.

When Ireland started to play properly good football during the 1999-2001 period, Eamon gave the manager little real credit for that, instead deriding Mick's tendency to complain about media coverage, and saying he got it easier than any England coach.

Then came the Saipan business. Eamon's loyalties in that battle do not need to be gone over again.

McCarthy is one of those managers whose reputation has risen greatly due to the fumbling of his successors.

Dunphy welcomed Brian Kerr's appointment by ignoring it and focusing on the prolonged selection process in which former Northern Ireland manager Brian Hamilton was engaged to interview various candidates.

Kerr boasted a loyal constituency of supporters, most of whom were connected with the League of Ireland in some way, romantically or otherwise.

Dunphy was never likely to be part of this crew.

Back in the 1980s, while he was busy castigating Eoin Hand's management, Dunphy was lumped with the task of covering the League of Ireland, an undertaking he approached with an heroic level of insolence.

Week after week, he lampooned the 'Chicken League', so called on account of the League’s rather hickish sounding sponsors at the time, Pat Grace’s chain of Fried Chicken fast food shops.

Dunphy was quick off the mark in calling for Kerr's head and partly nailed his colours to the mast when he said that the ascension of John Delaney to the role of FAI President was 'a positive development for Irish football'.

While he wholly backed the removal of Kerr in late 2005, it is arguable he was less emphatic on this point than Liam Brady.

Dunphy surpassed himself by calling for Staunton's head after three friendlies. So alarmed was he by the 4-0 home loss to Holland that he demanded the FAI remove Staunton before the qualifiers began.

This was widely ridiculed at the time. Two competitive matches later, most were on the same page as Dunphy. The 5-2 defeat in Cyprus converted everyone to Eamon's view.

With few people left to convince of his opinion, Dunphy adopted a 'more in sorrow than in anger' approach to filleting Staunton's management of the Irish team.

Similar to the case of Charlton, Dunphy was ecstatic about the appointment, proclaiming it the greatest thing to happen to Irish football in his time.

After a few games of football, his mind was changed about this. In this respect, he was in sync with much of Irish footballing opinion.

In his four year campaign against Trap, he made legends out of Andy Reid, James McCarthy, James McClean and Wes Hoolahan.

On first meeting Trap in 2008, Dunphy told him 'Hello Mr. Trapattoni, you don't know me, but I'd just like to say welcome to Ireland.'

And he said 'I know you. Man from telly. Very bad!'

Probably the most spectacular of his bust-ups with an Irish manager, not least because it appeared so gratuitous and unnecessary.

Dunphy's managed to cram about five year's worth of rancorous comments into about four days.

Kinger appeared chuffed that his novel team selection and formation succeeded in staving off a hammering of historic proportions in Germany. Rarely has a manager sounded such a triumphant note after a 3-0 defeat.

This was an ambition that Dunphy found rather too modest and he unfurled one of his more devastating soundbites, namely, that King made Trapattoni look like Pep Guardiola.

Things got worse after Ireland beat Kazakhstan a few days later. One of Dunphy's more charitable verdicts was that King had his fifteen minutes of fame and should get lost.

Don Givens can be thankful that he didn't get a blast of it for that qualifier he coached in Cardiff.

Dunphy's campaign was infused with so much rancour that some suspected there must be more to it.

It transpired that King had been sent off for a dreadful tackle on Dunphy - then in the twilight of his playing career - when playing for Dundalk against Shamrock Rovers in 1978.

Dunphy denied this had anything to do with his criticisms. 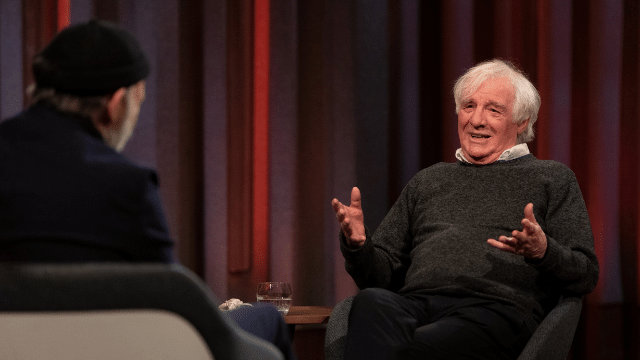 Football
11 hours ago
By Balls Team
11 Sports Programmes That Should Never Have Been Axed
Football
2 weeks ago
By Balls Team
What Was The Most 'Irish' Manchester United v Liverpool Match Ever Played?
Football
1 month ago
By Maurice Brosnan
Balls Remembers - The French Meltdown At World Cup 2010
Previous Next

Football
11 hours ago
By Balls Team
11 Sports Programmes That Should Never Have Been Axed
Football
2 weeks ago
By Balls Team
What Was The Most 'Irish' Manchester United v Liverpool Match Ever Played?
Football
1 month ago
By Maurice Brosnan
Balls Remembers - The French Meltdown At World Cup 2010
Popular on Balls
Football
8 hours ago
By Gary Connaughton
Paul Scholes Is Unconvinced By A Manchester United Move For Jadon Sancho
133