The Reasons To Be Optimistic That Ireland Will Overcome Slovakia Tonight

Nearly seven months after the fixture was supposed to take place, Ireland play Slovakia tonight in Bratislava in the Euro 2020 playoff. The circumstances could not be stranger. Human existence has been upended since Ireland drew Denmark 1-1 last November to set up this tie. The entire notion of 'international football' seems to be a violation of best practice for the containment of covid-19.

For such a huge fixture, the hype around a match of this importance is surprisingly muted. After a wave of optimism at the start of the Kenny reign, Ireland's lacklustre performances to Bulgaria and Finland have given Ireland supporters pause. While fans, on the whole, seem willing to give Kenny some time to implement his radical vision for the Ireland team, the Finland defeat made it especially clear how far we have to go. When Kenny said Sunday that Ireland "is unlikely to be cautious", it was clear there'd be no holding out for penalties tonight. We're going for this.

On the surface, this feels like a fixture much better suited to Mick McCarthy's blunt, unambitious vision for Irish football that only knows  1-1 draws. And while fifteen years of woeful football have conditioned Ireland supporters to expect the worst, a whiff of optimism has begun to surround this fixture for Ireland.

Rob Reynolds in our Irish Supporters Group summed it up last night:

Is anyone else feeling irrationally optimistic going into tomorow? I think we are overdue a bit of luck, be it a penalty or goalkeeping error that just goes our way, I can't remember for a long time us getting a goal that has come from the footballing gods, a quirk of fate, a hand ball, a lucky deflection other than Didzys against Gibraltar. We are due something

Here's why there's reasons to be optimistic:

Slovakia are not in great shape

Slovakia's preparations for this match have been completely rocked by the coronavirus. Firstly, there's a state of emergency in Slovakia because of covid-19. Goalie Martin Dubravka is out injured. So is left back David Hancko. Preparations for this match have been overshadowed by efforts to get star midfielder Stan Lobotka out of a hotel in Napoli where he's quarantining. However, he won't be allowed to travel outside of Italy and is ruled out. Last night, Inter's Milan Skriniar was ruled out after contracting the virus.  Slovakia will be without two of its best players.

Slovakia are no great shakes

Slovakia are the 36th ranked team in the FIFA world rankings. Ireland are ranked 37th. Ireland's results have been poor of late, but so have Slovakia's. They were beaten well by the Czech Republic 3-1 in the Nations League last September before drawing 1-1 with Israel in Tel Aviv. Admittedly Slovakia manager Pavel Hapel used the two fixtures to tinker both with personnel and formations but this is a team that can be beaten.

Slovakia have never beaten Ireland before

There have only been five meetings between the two countries but Ireland have not lost any of them. The 2-2 draw in Bratislava in 2007 and the 1-1 draw in Zilina were both games that Ireland could have won. Slovakia have been a mediocre international side for as long as Ireland have been one. There's nothing to fear.

History can be Ireland's ally today. After all, five years ago today, we beat the reigning world champions.

Here are a few results of actual football matches from the last seven days. Andorra U21 3-3 England U21. Aston Villa 7-2 Liverpool. Manchester United 1-6 Spurs. A madness has taken grip of football. The suggestion of Ireland travelling away and beating a country above it in the FIFA world rankings would have seemed crazy back in September. But football reflects society and football is bonkers right now.

SEE ALSO: In Only A Short Time, Kenny Has Made A Huge Impact On Callum O'Dowda 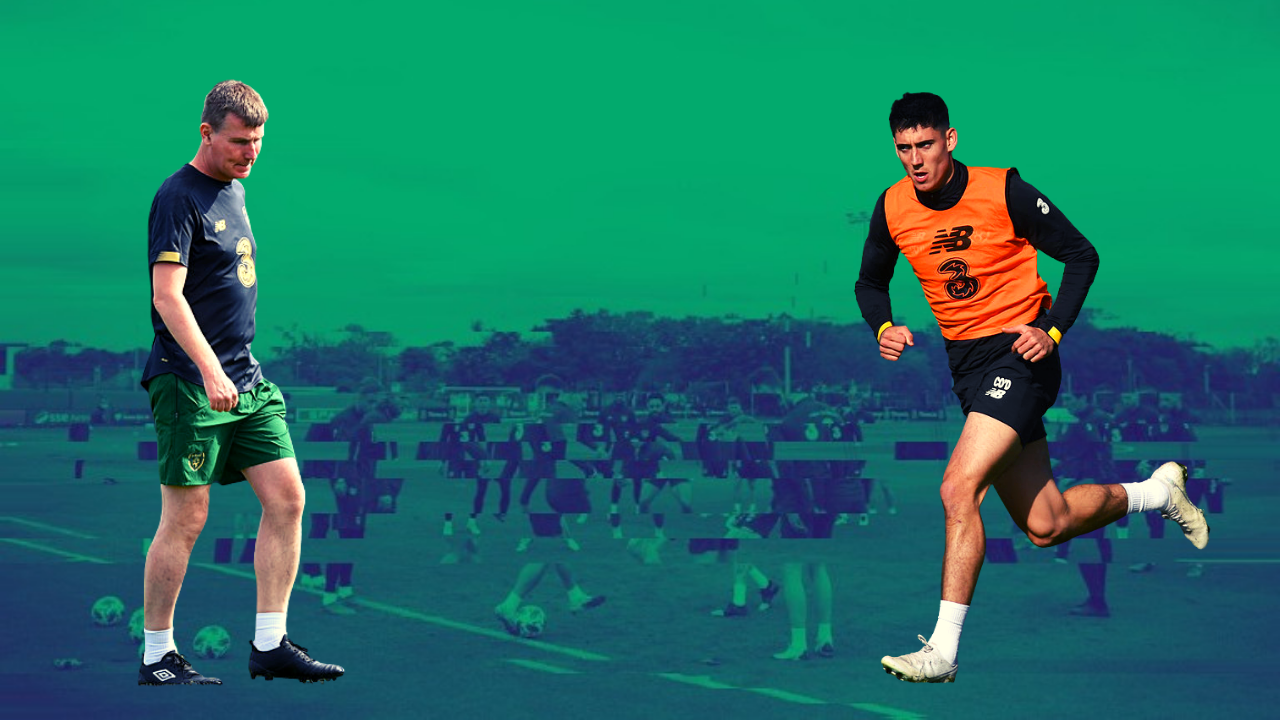