The Rise And Fall Of The Chilean Burn Out Generation

The hosts have battered rivals Argentina for 120 minutes in the final of the 2015 Copa América, the 44th edition of South American football's biggest competition.

43 tournaments have come and gone without a Chile victory and despite all the promise of a golden generation, reaching a final on home soil and peppering Sergio Romero's goal, the 30 inches of silver still evades a Chilean grasp. Having done everything to deserve that eternal moment of glory, Chile have still not claimed it as their own.

The pain continues for their long-suffering fans - but only for a few more minutes.

Gonzalo Higuaín has blazed into the ecstatic throngs, Ever Banega's roll to the left corner has been parried away to safety by Claudio Bravo and destiny would have it that fourth up for Chile with the chance to complete a 4-1 shootout rout is Alexis Sanchez; the poster boy, the great white hope. In that moment, a prophecy stood poised to be fulfilled.

Chile Campeon indeed my good man! There wasn't a cow milked in Santiago that year.

That was just the beginning. Le Roja would amazingly retain the trophy in markedly similar circumstances eleven months and three weeks later in the MetLife Stadium, New York. Stalemate with Argentina in the decider, and Messi and co.had the chance to avenge their stinging defeat from the year before from 12 yards. But once the bearded magician channelled his inner Higuaín and fired over Bravo's bar with La Albiceleste's first penalty, the writing was on the wall again.

The Santiago cattle were in bits at this stage.

Fifty-four weeks later and another final. The stage has moved to Saint Petersburg, to the Confederations Cup, the traditional one-year-out curtain-raiser to the upcoming World Cup. The opponent was different too - Jochim Low and Germany- and the big red train was finally halted by Lars Stindl's 20th-minute tap-in.

Two full years of unbridled joy had eventually come to an end, but no-one; no-one, could have foreseen the height of the cliff that they had just tipped off.

Only four months after that Russian reality check they were forced to stare down a much bigger one.

Travelling to Sao Paolo for the final round of round-robin games in the CONMEBOL World Cup qualifiers, qualification unsecured but looking safe enough. Barring a total collapse to the already qualified Brazilians and an aligning of stars elsewhere, Chile would return to Russia. Because that's what the golden generation had promised.

Well, three Brazilian goals later, an Argentinian win and Peru and Colombia playing out a handy draw in Lima, saw Chile slip to sixth in the table and out of the qualifying places. And a lot like those long-suffering cows, the bubble had catastrophically burst.

It seems everyone in close proximity has suffered since.

Sanchez's slump is well documented at this stage. His €34 million move to Manchester United from Arsenal has been an unmitigated disaster. Bravo's demotion to domestic cup action with Man City a sad indictment of the modern craze of world-class goalkeepers happy to warm benches at big clubs. But a look at the form of their teammates dotted around the globe expands the narrative. 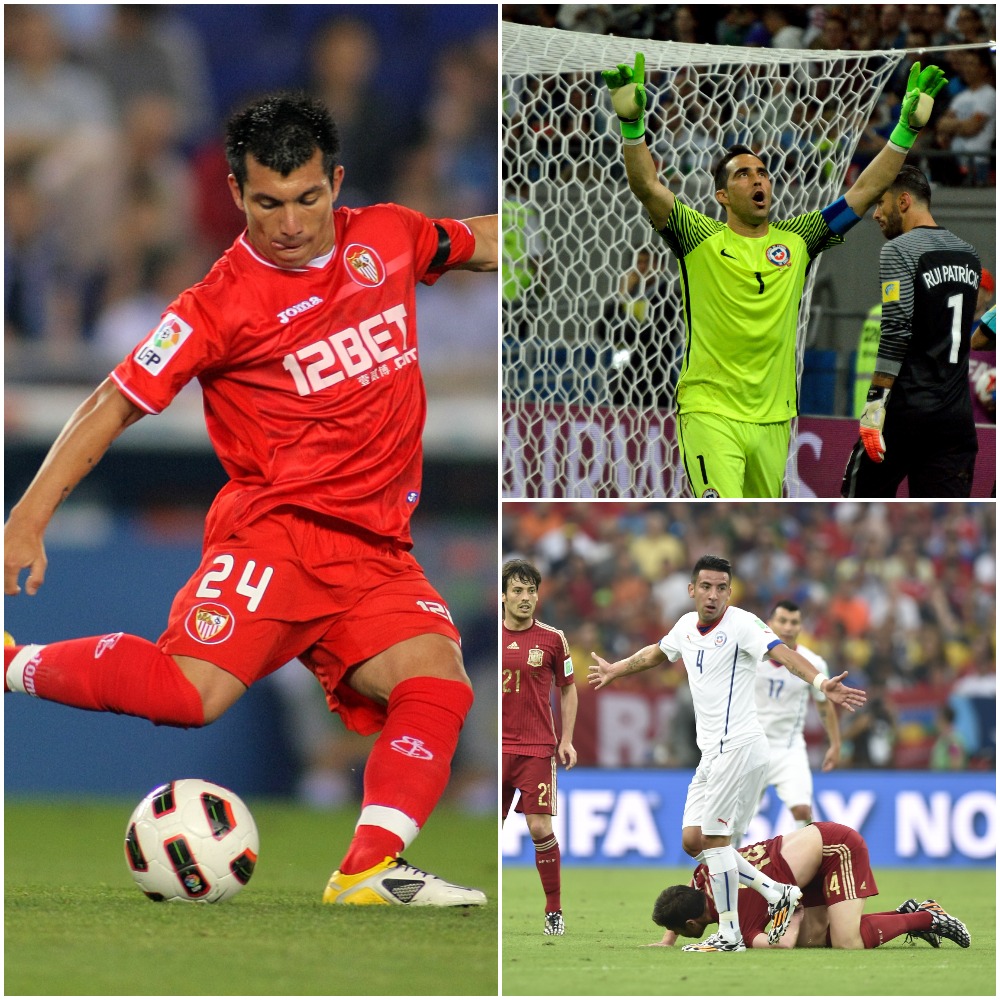 Arturo Vidal has been bench fodder for Barcelona this year, managing to complete the full 90 minutes on only two occasions in La Liga this year.

Enabler to the stars Gary Medel, has begun to see his game time cut into too, despite having swapped Inter Milan for what many would argue the less competitive climes Istanbul and Besiktas.

Across the Bosphorus, Mauricio Isla has been embroiled in one of the biggest disaster stories of the European football year with Fenerbahce.

Charles Aránguiz spent the majority of the early part of the season reacquainting with the Bayer Leverkusen physiotherapy team, after suffering a knee injury - his third different serious injury in four seasons since his 2015 move to the Rhineland.

Remember Matías Fernandez, the dribbling wizard that bossed for Sporting Lisbon and Fiorentina? A loan move from Florence to Milan failed to work out, eventually forcing him to retreat to Mexico and Necaxa. He's now doing cameos on loan at Atlético Junior in the Colombian Categoría Primera.

Preemptive point taken that Eduardo Vargas has never really lit the world alight at club level the way he did in those two Copa América campaigns, but at 29 he's now playing in Mexico having spent much of the last two and half years disappointing fans of Hoffenheim. Vargas, who has had spells in Serie A, La Liga and the Premier League, was tournament top scorer in both 2015 and 2016.

And whilst Bravo at 35 is the oldest of this group of eight, and admittedly winding down a distinguished European career in which he has collected eleven major honours, including a Champions League with Barcelona in 2015, and a Club World Cup in the same year, his quality certainly remains unquestioned.

Between them, the remaining septet has amassed 673 caps, an average of over 96 per player. That's pretty heavy going for a group of lads between the ages 29 and 32 - career debilitating heavy going, even.

Sanchez was replaced after another 52 minutes of little substance in United's 3-2 victory over Southampton at the weekend - he hasn't completed a full ninety minutes in the Premier League since the opening night against Leicester City.

It may be easier for journalist and Sanchez alike to put his dramatic loss of form down to simply being exhausted, but further investigation into his peers show that burn out is the most likely factor at hand.

It begs a question. Who has the responsibility to preserve these overworked assets? Club or country, or should that duty be shared?

These lads lit up planet football for two whole years. It's sad that it looks to have cost them their careers to do so.