The Boy Devoy - The Rise And Rise Of Dawson Devoy

Have we discovered a new star of Irish football?

For those walking out of the Aviva Stadium after Bohemians' 3-0 victory over Stjarnan, it was difficult to come away with any other impression.

On an evening where a number of players put in strong performances, there was one that stood above the rest. What's more, he is only 19-years old.

It is rare enough that footballers emerge with star quality, but Dawson Devoy has that in abundance, and perhaps even more.

Involved in the last two Ireland Under 21 squads, has already established himself as one of the most impressive players of his generation, and his star is rising in each game he plays, none more so than Thursday night's Europa Conference League game.

It has not always been easy for Devoy, however, with the teenager having to deal with some early disappointment after a short spell with Watford. But that has not deterred him from pushing on.

His performances in the 2021 League of Ireland season have been exceptional as Bohemians find themselves pushing for a European position once more.

The former St Kevin’s Boys youngster has played in each of Bohs’ 17 league games this term, with 13 starts and four coming off the bench.

And his contribution this season has been telling, with their manager Keith Long hailing him at every possible opportunity he is given.

Likened to a ‘silent leader’ by his manager, Devoy is no doubt turning heads away from home, and has probably reached the stage of his League of Ireland career where he’s off to bigger and better things sooner rather than later.

But let’s be honest, it is no real surprise that he has has reached that level already. It’s just a crying shame that he has not been able to strut his stuff in front of a packed Dalymount Park more often than he has.

One of the biggest tragedies for Bohs fans over the last year is that they have only been able to watch Devoy in the flesh at a rammed Dalymount Park on no more than 10 occasions.

But to those who knew him growing him, it is no surprise that he has reached his current level already. 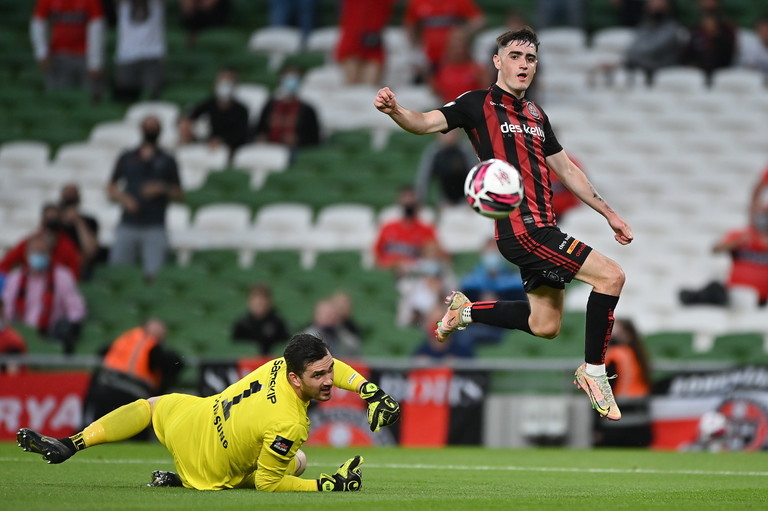 “I’m not surprised at all with the level he’s at,” Stephen Costello, who worked with the player at St Kevin's, explains.

There’s been a number of players like that before with plenty of potential. But that’s all it is at the moment, potential.

He’s not the finished article by any means, but the potential is there. He seems to be doing everything right on and off the pitch to give himself the best chance.

The experienced players around him will always help, because it will allow him to express himself, and in turn help him to fulfil his potential.

His deft passes, his eye for openings and his underrated eye for goal were there for all to see as Bohemians gave Icelandic side Stjarnan a heavy beating at the Aviva.

Incredibly, that was the first time Devoy had played in front of a crowd that big, and he looked more than at home in his new surroundings.

He assisted Bohemians opener against Stjarnan, dancing around the Icelandic's bemused full-back before passing across the face of goal to find Georgie Kelly who tapped home.

While it was Kelly with the finishing the touch, that goal was all about Devoy. Rather than shooting on sight as many his age would have, he opted to take the selfless approach, and it paid off in spades.

At 19 years of age, the Bohs man has impressed so much he has already been named in an Ireland U21 squad.

And without trying to tempt fate too much, you would like to think that the diminutive midfielder can go a little further than the level he is at now.

It’s all about having a bit of luck along the way. His current form is conducive to getting the attention of other clubs whether it’s in England or further afield.

It’s up to him wherever he wants to go. Some lads are comfortable where they are at the minute.

If he wants to go and experience England again, I’m sure that could be an option for him.

It’s still early days in his career, and I don’t want to put too much pressure on the young lad. He’s only a kid even though I’m sure he came off the pitch against Stjarnan like he was an experienced player.

That’s how quickly it can happen. One minute you’re one of the young lads in the dressing room and then you’re a player where the next generation look up to you.

Football is a very fickle game so it’s important that he keeps doing the right things and control the controllables. Everything else will look after itself after that. 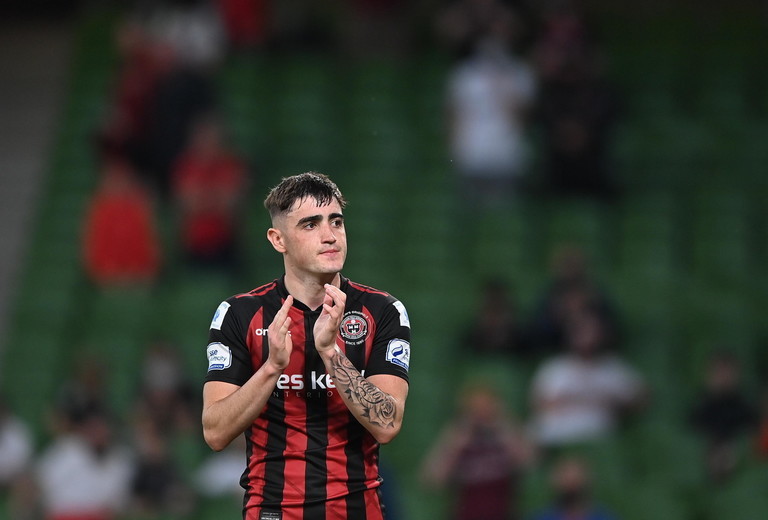 And for the boy who came to Bohemians via St Kevin’s, the world is his oyster.

That decision to stay at home after being over in England for a short spell has certainly proven to be the right one.

He has now received first-team football minutes rather than being sucked into life in academy football, like many his age often do.

It’s so important to have that link up with Bohs and St Kevin’s, and that there is a safety net with a good environment for players like [Dawson] to come back into.

Fair play to Alan Caffrey and Keith Long for getting him back in at the time. When lads come back from England sometimes, they can be a little bit disillusioned with the game.

Their confidence can suffer a bit with the result, and some of them may want to go away from the game. It happens so many times.

With the Bohs and Kevin’s link up you can see the proven success over the last couple of years. We’re quite lucky that we have a first-team manger that is willing to give young players [like Devoy] a shout.

It’s a testament to what is going on behind the scenes and long may it last.

Who knows what comes next for Devoy? To be honest, none of us really do. There is a sense that there is an awful lot more to come from the Ashbourne teenage sensation. Let's hope that is the case.

Stephen Kenny was at the Aviva on Thursday night, and who knows, perhaps he has more than a close eye on the youngster now. Not that he will be the only one... 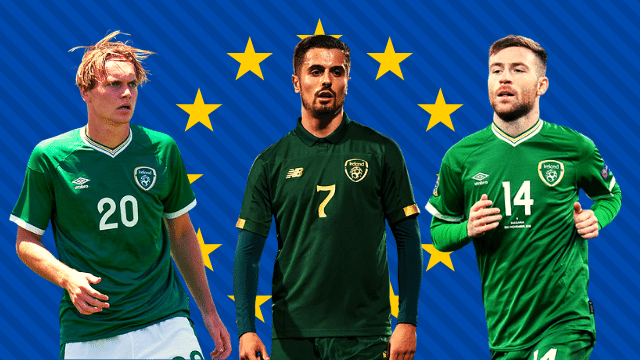