Leaving aside a few comments from Roy Keane's first autobiography, the mutual admiration between Eric Cantona and Mayfield's finest is obvious every time one speaks of the other.

In Four Four Two, Cantona included Keane in his all-time Dream XI alongside names such as Diego Maradona, Franz Beckenbauer and Johan Cruyff.

In the Eamon Dunphy ghosted tome, Keane cast aspersions on Cantona's performances in European competition but showered him with praise otherwise.

And there is one story which cements Cantona's standing as one of the coolest sportsmen of all time, showcasing his talent for the grand and impressive gesture.

One morning, Brucey arrived in the dressing room with a cheque for fifteen grand. The first team squad had contributed to some video and this payment was due to be split eighteen ways. Struggling to work out who was owed what, we decided on a majority vote to hold a draw, winner takes all. The option of taking your cut, about eight hundred quid, was available.

For the younger lads, this was a couple of weeks wages. They wanted the money. Only Paul Scholes and Nicky Butt opted to play for the pot – about twelve grand after the needy had been paid out. Eric Cantona’s name came out of the hat. He got his cheque. And plenty of stick.

Next morning, Eric arrived with two cheques made out to Paul and Nicky. This was their reward for taking the gamble, Eric explained.

That was Eric to a T.

The unexpected, a touch of class and an appreciation of the plight of two young lads in need of the money more than himself.

There was some controversy when Eric Cantona was voted United's greatest ever player in a fan poll, placing him ahead of George Best and Bobby Charlton.

Older pundits cried foul over recency bias and Cantona's pre-eminence is hard to justify on football grounds. But Cantona's appeal rests as much upon his reputation as a romantic figure, one who arrived at a time when Manchester United were yearning for a League title. 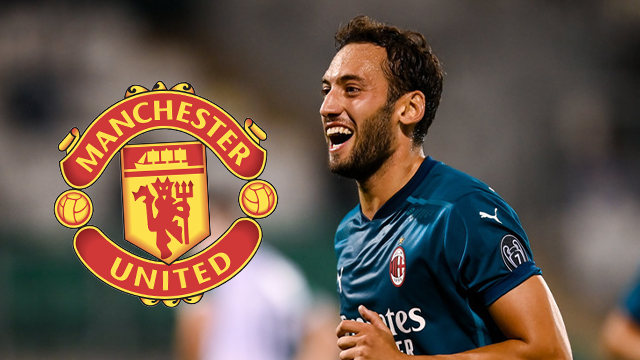 Football
2 years ago
By Arthur James O'Dea
Watch: Eric Cantona Sends Message To 'This Friend Of Mine' Ferguson
Previous Next

Football
3 months ago
By Balls Team
11 Of The Most Memorable On-Pitch Conversations In Sporting History
Football
1 year ago
By PJ Browne
Cantona Bemuses All With Strange Speech Before Champions League Draw
Football
2 years ago
By Arthur James O'Dea
Watch: Eric Cantona Sends Message To 'This Friend Of Mine' Ferguson
Popular on Balls
Football
13 minutes ago
By Gary Connaughton
Roy Keane Feels Liverpool Have Lost Their Spark After United Stalemate
GAA
25 minutes ago
By Balls Team
Battle With Covid-19 Scared Meath Legend Seán Boylan
Rugby
3 hours ago
By Gary Connaughton
O'Sullivan Worried About Future Of Rugby If Six Nations Goes Behind Pay Wall
Football
3 hours ago
By PJ Browne
Karl Sheppard Forced To Call Time On Career At Just 29