The Sad Science Behind A Cataclysmically Shit Irish Sporting Weekend

Does it get any worse that this? Successive sporting failures over the weekend has meant that it’s trying times for fans of pretty much every sport that Ireland competes in on an international level.

Unfortunately it’s an uncomfortably familiar feeling. It seems that as soon as we build up any real sense of optimism towards anything sport-related in this country, fate seems to take pleasure in not only dashing our hopes but twisting the knife in the most painful way possible.

It was a cruel weekend, whichever way you look at it. But which of these sporting failures stung the most?

Ireland’s Dissection At The Hands Of The Belgians

The Ireland v Belgium match on Saturday afternoon was a particularly hard one to digest. We had cajoled ourselves into the idea that a positive result against the world’s second ranked team was an achievable goal, despite Ireland facing what is arguably the greatest collection of Belgian footballers ever assembled.

Still though, the positivity from the Sweden performance – particularly the first half – meant that hopes were high and, as we’ve learned time and time again, there’s rarely a more potentially heartbreaking moment for Irish sports teams than when we, the fans, start to believe that an upset is on the cards.

The reality is that Ireland is a small nation with limited sporting resources. We don’t have anywhere near the same opportunities that the Belgians can boast of in football, where they have a much more competitive national league and a litany of superstars scattered across Europe’s top clubs.

Still though, with all of that in mind we didn’t quite expect what we were given. The 3-0 defeat brought back memories of some of the dark days under Trapattoni as Ireland seemed utterly incapable of competing at this highest of high levels.

HURT FACTOR: 9 out of 10, or Thierry Henry’s handball in Paris. 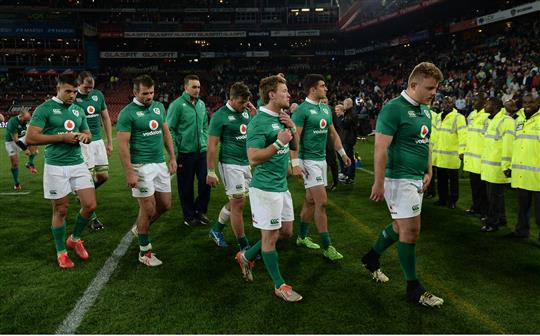 Ireland Snatch Defeat From The Jaws Of Victory In South Africa

Kicking off just as Eamon Dunphy was launching into his post-match diatribe (or Belgian waffle, if you will) on RTÉ 2, the Irish rugby team had an opportunity to put some wind back in the sails of the collective Irish sporting fan after that incredibly deflating encounter in Bordeaux. And for about an hour, it was going swimmingly.

Joe Schmidt’s charges dominated proceedings in the first two thirds of the match and, for a while at least, it seemed that it was a mere formality before Ireland would clinch an historic series win south of the equator. But then, in a collapse worthy of the Lehman Brothers, Ireland conceded a spate of points in 20 second half minutes to hand victory to the ‘Boks.

Ireland do have a very realistic chance to win the series next weekend in Port Elizabeth, so this doesn’t really smart as much as it might have if we had thrown the series away in this fashion.

HURT FACTOR: 7 out of 10, or the time Ireland lost to Italy in Rome. 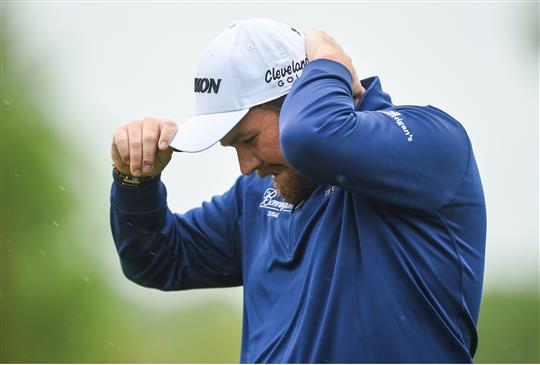 Ireland’s sporting redemption lay squarely in the hands of Offaly’s Shane Lowry, owner of a four shot lead heading into the final round at the US Open in Pennsylvania. The football and the rugby hurt, we said to ourselves turning on Sky Sports last night, but at least we have Lowry to restore some pride.

Fast forward a few hours and Dustin Johnson clinches victory, with Shane Lowry settling for a tie in second place seven shots behind the American.

HURT FACTOR: 8 out of 10, or the time we let Donald Trump build a golf course in Clare. 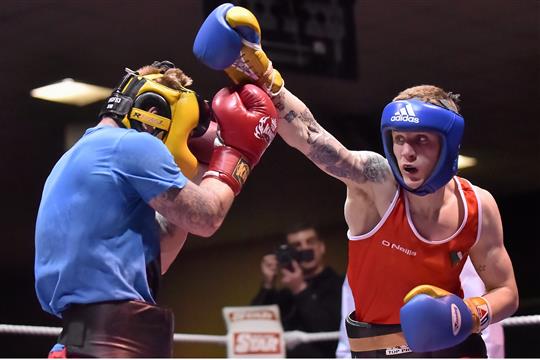 Other Assorted Irish Sporting Catastrophes Over The Weekend

Boxer Dean Walsh was outpointed by Bulgaria’s Smetov Ismetov in the Olympic qualifiers in Baku and will miss out on this summer’s Irish Olympic boxing team.

The Irish Rugby 7s recorded a magnificent victory over Samoa in the Olympic qualifiers but then somehow dropped the next match to Spain to miss out on the Games.

This doesn’t really count but seeing as we’re gluttons for punishment here today at Balls.ie, it’s worth nothing that both Sheamus and Becky Lynch dropped their respective matches at last night’s WWE Money In The Bank event.

So there you have it. Overall it was a hugely forgettable few days for Irish athletes in the sporting world but we won’t have to wait long for a chance at redemption. Martin O’Neill’s men face Italy on Wednesday evening where they’ll know that a win will all but guarantee passage to the next round.

The rugby play the crucial third test against South Africa on Saturday afternoon and a win will see them return to Ireland as heroes, and give Joe Schmidt arguably his best achievement to date as Ireland boss.

Shane Lowry, like Rory McIlroy before him, can use the US Open as motivation to get in line for more majors in future.

And Sheamus, sure he’ll be grand.

If any sporting historians out there would like to argue that we've ever hit the heights of a 9 or even a 9.5 in the disappointment-o-meter then we're more than willing to hear you out.

Football
10 months ago
By Eoin Harrington
Five Years On, Robbie Brady's Goal In Lille Stands Alone In Irish Football History
Football
1 year ago
By Balls Team
Watch: Bask In The Commentary From Around The World For That Brady Goal
Football
1 year ago
By Gary Reilly
Watch: Robbie Brady's Post-Match Interview Is The Most Beautiful Thing We've Ever Seen
Popular on Balls
Rugby
1 day ago
By Colman Stanley
'I Think Munster Softened Them Up For Us': Sexton Not Carried Away After Clincial Leinster Win
GAA
2 days ago
By PJ Browne
Mayo's Padraig O'Hora Using Football To Promote His Real Passion
Rugby
15 hours ago
By Colman Stanley
'That Pace, That Intensity, That Organisation' All Black Legend Has High Praise For Leinster
The Rewind
1 day ago
By Eoin Harrington
Watch: Brilliant Dermot Morgan Dublin Segment From 'The Travel Show' Resurfaces