The Shay Given Imposter Who Pranked Sky Sports Tells Balls.ie How It All Came About

If you have been online at all today, you will have realised that Sky Sports took a call from whom they believed to be Shay Given last night, only to belatedly realise on air that the man they were talking to was an impostor. It quickly became apparent when the person down the phone line did not display a hint of a Donegal accent, and presenter Pete Graves pulled the plug on the interview soon after.

The man behind the phone call was Tom Hughes from the North of England. Balls.ie spoke to him, where he revealed how it all came about:

[I] was out enjoying the Easter bank holiday. My sister in law randomly got a message asking to speak to Shay Given. All seemed legitimate so just thought we would go along with it. (Dutch courage at this point).

After speaking with the first gentleman who got in touch, he put me through for a sound check at which point I stumbled through in my best (or as it now appears worst) Irish accent was put through to Pete Graves [the Sky Sports News presenter who did the interview]. It's all a bit of a blur!

I haven't heard from Sky since but the feedback has been crazy. It was trending on social media at one point. My mates think it's brilliant and people much further afield have got in touch to congratulate me. My phone hasn't stopped since it happened. It was just an opportunist moment, meant as a joke and light hearted.

I hung up once Pete Graves had politely let me down on TV. All happened so quickly I couldn't even tell my mates to tune in. Just my other half, couple of mates, brother and his missus were with me.

Hughes tweeted the message which kicked it all off: 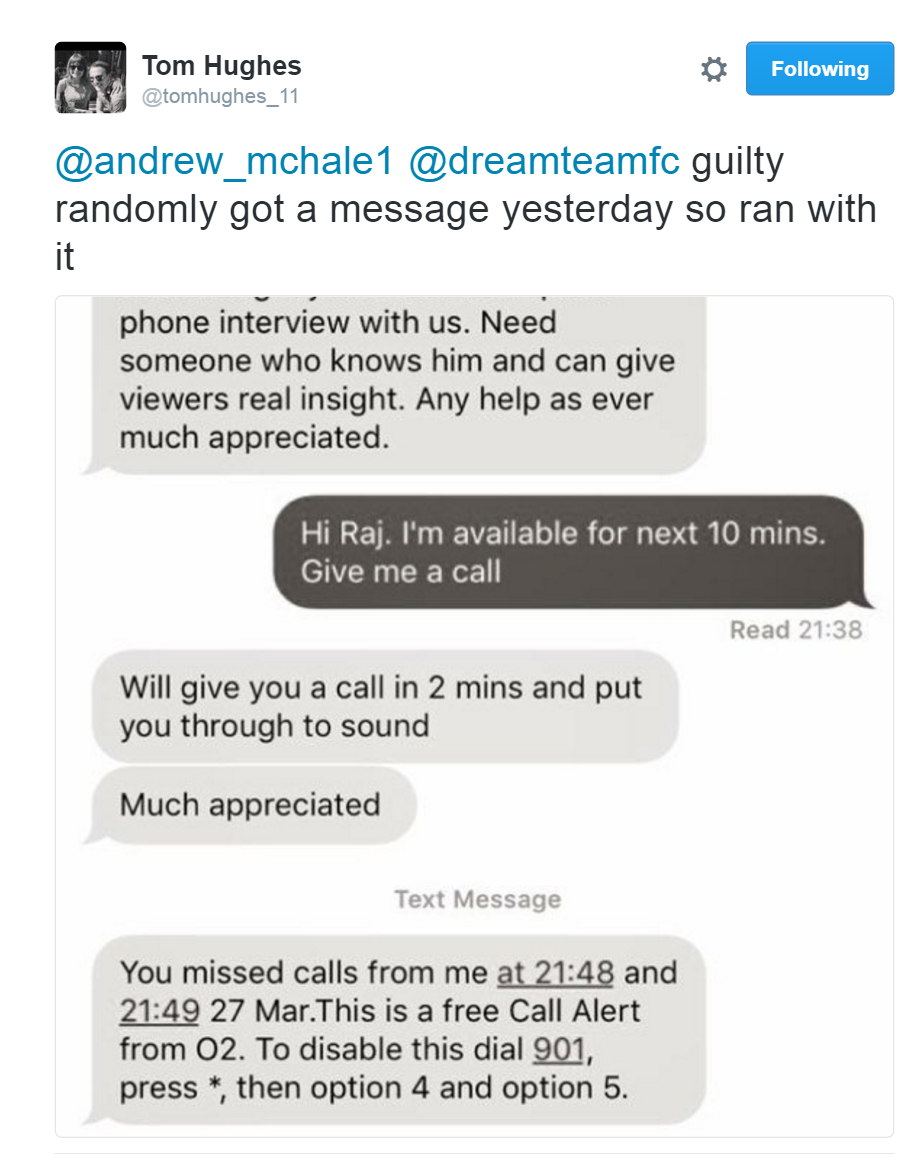 Tom also wished to point out that he is a Middlesbrough fan who has huge respect for Given, and would welcome him back to the Riverside with open arms. He also wishes Jack Butland a speedy recovery, and wants to re-affirm his respect for Sky presenter Graves, whom he calls a "consumate professional".

I might have made it!! Sorry @PeteGravesSky when someone hands you a phone you tend to go with it! 🙈 no harm meant! #ShayGiven

We can only hope Sky soon get an interview with the real Shay Given. Here is a reminder of the whole episode:

Football
17 hours ago
By PJ Browne
Eamon Dunphy: 'On Reflection, Ireland Was Lucky To Have Jack Charlton'
Previous Next