The Statistically Calculated Irish Abroad Team Of The Weekend

The first weekend of the Premier League and English Football League has seen a whole host of Irish footballers return to action. In fact, by our calculations, almost 70 Irish lads featured in the opening weekend of England's top four divisions.

Who shone the brightest? Earlier this week, we went through the Irish player ratings from the Premier League and Championship, taking in some of the local papers' ratings where possible.

The excellent website WhoScored.com provides ratings for every player across each of the top four divisions and beyond, based on "a unique, comprehensive statistical algorithm, calculated live during the game." Using their ratings, we've put together an XI of the best performing Irish players across the water, taking into account England's top four divisions and the Scottish Premier League. 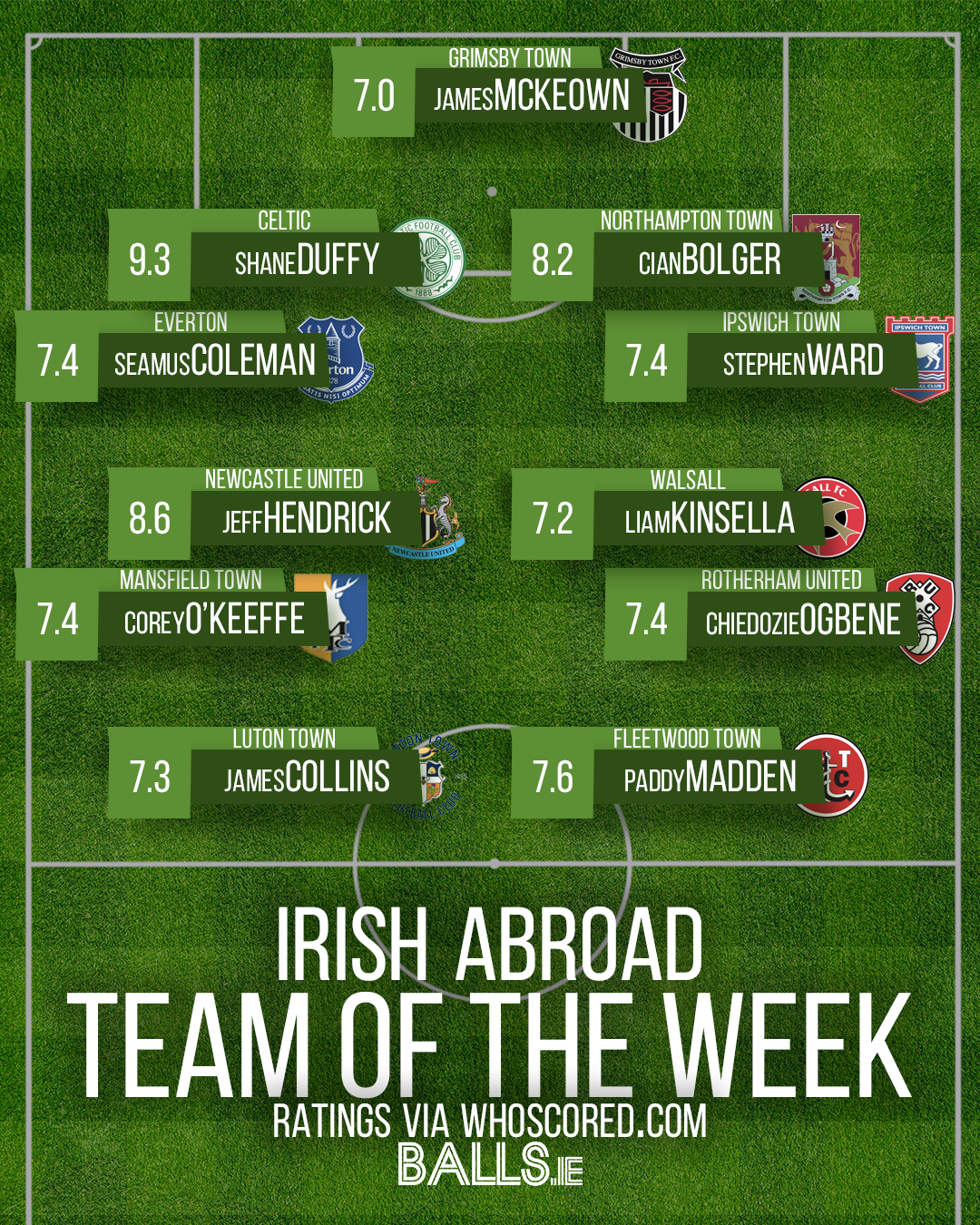 Goalkeeper: James McKeown - He was on the losing side in Grimsby Town's 1-0 defeat to Walsall, in League Two, but was still the highest rated Irish goalkeeper this weekend.

Right back: Seamus Coleman - Solid as a rock in Everton's 1-0 win over Spurs on Sunday.

Centre back: Shane Duffy - The dream debut for Duffy, bagging himself a goal in Celtic's 5-0 win over Ross County.

Centre back: Cian Bolger - There were a lot of solid performances at centre back but Cian Bolger's 8.2 rating for Northampton in their 2-2 draw with AFC Wimbledon gets him into the team.

Left back: Stephen Ward - Wardy is still going strong, playing well for Ipswich in their opening weekend win over Wigan.

Right midfield: Corey O'Keeffe - One of a number of Irish players in action for Mansfield in their 0-0 draw with Tranmere Rovers in League Two, O'Keeffe was the pick of the bunch.

Centre midfield: Jeff Hendrick - A goal and an assist on his debut for Newcastle. What more could you ask?

Left midfield: Chiedozie Ogbene - This was a battle of the former League of Ireland wingers, with Ogbene and Kieran Sadlier playing for Rotherham against Daryl Horgan's Wycombe Wanderers in their first match in the Championship. Ogbene came out on top.

Striker: James Collins - He got the winner for Luton Town in their 1-0 win over Barnsley.

Striker: Paddy Madden - Came up with a big goal for Fleetwood Town to earn them a win in League One over Burton Albion.

While the level of opposition may have varied, it's interesting to see which players shone over the weekend. We'll be keeping an eye out for how they get on throughout the season and you can check out all the Irish player ratings from the Premier League and Championship here.

See Also: The Number Of Irishmen In The Premier League Is Bouncing Back 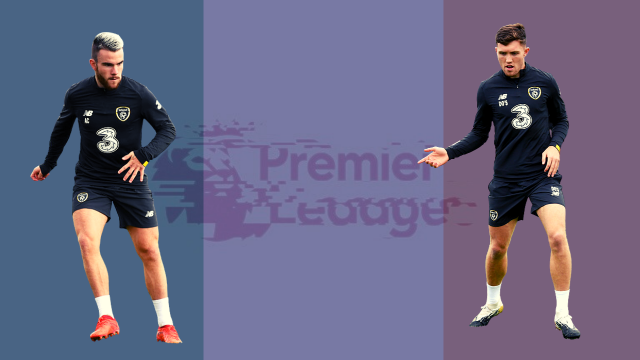