The Top 10 Individual Performances In The Champions League

This week saw two amazing solo performances in the Champions League. On Tuesday, we were treated to an exhibition from Kylian Mbappé of PSG as he tore Barcelona’s defence apart at the Nou Camp. Last night, Borussia Dortmund’s Erling Haaland almost single-handedly hauled them to victory against Sevilla.

We were inspired by their performances to take a look back at some of the greatest solo performances in Champions League history. We decided to rank our top ten – but with a few rules:

Only choosing one performance per player was tricky – notably in the case of arguably the Champions League’s two greatest players, Cristiano Ronaldo and Lionel Messi. The best Ronaldo performances we left out were his goal-laden semi-finals against Arsenal in 2009 and Atletico in 2017. Though Lionel Messi’s 5-goal haul against Leverkusen in 2012 was astonishing, the tie was finished from the first leg, so we plumped for a performance where Messi dragged Barcelona through to the next round all by himself.

It speaks volumes about just how good Kylian Mbappé’s performance was for PSG at the Nou Camp that it jumps right into this list. Though he played a pivotal role in the Parisian’s run to the final last year, Mbappé didn’t score a single goal after the group-stage – he certainly put that right on Tuesday night.

PSG went 1-0 down to a Lionel Messi penalty in the first-half, but it only took Mbappé five minutes to respond with a goal of his own, before taking centre stage in the second half. The Nou Camp is renowned for being a fortress in the Champions League, but Mbappé ran rings around the Barcelona defence, making a mockery of the Catalans’ proud European home record.

Mbappé’s hat-trick included a stunning finish with five minutes to put PSG 4-1 up. With Barcelona humbled on their home turf, Messi looking down and out and Mbappé running the show, this certainly felt like a changing of the guard at the top of European football.

It’s not long ago, however, that Barcelona played PSG at their own game – and it was another of PSG’s current stars who took centre stage for Barcelona on that night.

The two sides faced off in the 2016-17 last 16. In a sensational first-leg performance, PSG took down Barca 4-0 in Paris, leaving the Spanish champions with an unprecedented mountain to climb in the second-leg. They made a sensational start to the second-leg, going 3-0 up by the 50th minute – before Edinson Cavani’s goal for PSG appeared to end any hopes of a sensational comeback.

Enter Neymar. Having won the penalty that Messi scored to put Barcelona 3-0 up, Neymar took it upon himself to snatch victory from the jaws of defeat in the closing stages. In the 88th minute, he scored a sensational free-kick to put Barca three to the good again, before converting a penalty in the first minute of stoppage time to put Barcelona on the brink of the quarter-finals. In the 95th minute, Neymar calmly chipped the ball into the box for Sergi Roberto to poke home and seal a memorable 6-1 win and one of the competition’s most sensational comebacks – with Neymar involved in four of Barca’s six goals.

Barcelona vs. PSG in the Champions League round of 16 today

They last met in 2017, where PSG's 4-0 victory in the first leg left Barcelona in need of a miracle

Of the 180 minutes of the 2019 semi-final between Ajax and Spurs, Ajax led the tie for 165. Donny van de Beek put the Dutch champions 1-0 up after just fifteen minutes of the first leg in London, before two first half goals in the second leg put them 3-0 up and seemingly out of sight.

Though Mauricio Pochettino had worked wonders with this Spurs team, they had progressed from both the group-stages and the quarter-finals on away goals and were without their talisman Harry Kane for much of the knockout stages. The 3-0 deficit with only 45 minutes left seemed a step too far even for these miracle workers. Spurs' Brazilian winger Lucas Moura, however, had other ideas.

Moura scored with a tidy finish to give Spurs hope early in the second half, before going on to dribble through a chaotic defensive mess and tie the game on the night with half an hour to go. One more goal and Spurs would be through on away goals. With five minutes of stoppage time added on, Spurs launched one final attack and, as the clock struck 95 minutes, Moura buried a clinical finish in the bottom corner to complete a sensational comeback and put Spurs through to their first ever European Cup final.

Everyone remembers Didier Drogba’s goal and winning penalty for Chelsea in the 2012 final – but there was another stand-out performance that night. Petr Cech’s saves in the final were just as crucial to Chelsea’s unlikely victory, and it’s unlikely they would even have made it to the penalty shoot-out without the Czech goalkeeper’s performance.

Early in regular time, Cech made a stunning save with his feet from Arjen Robben, putting the ball behind for a corner when the game was still at 0-0. When the game went to extra time, Bayern had the chance to take the lead with an Arjen Robben penalty – but Cech displayed nerves of steel to save the penalty and take the game to the shoot-out.

In the shoot-out, Cech dived the right way for all five of Bayern’s penalties, saving Ivica Olic’s. Though Drogba is rightly remembered for scoring decisive goals both in normal time and the penalty shoot-out, Cech’s performance was just as, if not more, crucial for Chelsea as they took their first ever European title.

We could have chosen any one of Ronaldo’s performance in the knockout stages of the 2016-17 Champions League here – he scored 10 goals across the quarter-finals, semi-finals and final. But it was the quarter-final against Bayern where he really showed his worth.

Ronaldo had scored twice in the first-leg in Munich to give Real a 2-1 lead – but it’s the second leg we’re focusing on here. Early in the second-leg, Bayern took the lead, before Ronaldo found the net with a clinical header. The two sides had to play an extra half-hour, however, after a Sergio Ramos own-goal drew up the tie at 3-3.

Extra-time brought a virtuosic performance from Ronaldo, who scored twice – once with his right foot and once with his left – to complete a perfect hat-trick and send Real on their way to another semi-final. This entry would be a lot higher if it weren’t for the fact he was offside for at least one of the three goals, but he made up for the controversy with another hat-trick against Atletico in the semi-finals and two goals in the final against Juventus.

6 months later? He went on to be crowned #TheBest 🙌pic.twitter.com/YriG09Gl4P

Like Ronaldo above, it was hard to pick only one Lionel Messi performance, especially when so many come to mind. It was a toss-up between this game and the semi-final against Real Madrid in 2011, but the Barcelona star’s game against Arsenal in 2010 had a little bit of everything.

Though Arsenal’s European form nowadays makes it hard to comprehend, this was an incredibly tough tie to call in 2010, especially after a 2-2 draw at the Emirates in the first-leg. Arsenal fans had their highlight of the night come early on, as Nicklas Bendtner of all people gave them a 1-0 lead at the Nou Camp, before Messi took over.

Scoring his first goal only three minutes after Bendtner’s opener, Messi completed a sensational hat-trick before half-time, before adding a fourth in the second half. The goals all demonstrated Messi’s incredible talent, taking in a long-range curler, two close-range finishes, and a cheeky chip at the end of the first half. Though there are many contenders, this is surely Messi’s finest hour in the Champions League.

Borussia Dortmund’s 2013 side is among the great “cult hero” football teams. Packed with names that would dominate European football for years and managed by Jurgen Klopp (we wonder what happened to him?) the German side marched to the semi-finals of the Champions League before being given the daunting task of facing 9-time champions Real Madrid.

Perhaps the biggest star of that Dortmund team was Polish striker Robert Lewandowski, and he showed why he was so highly rated in the first leg of the semi-final. The Pole tore apart the Real defence, scoring four goals to put Dortmund out of sight travelling to the Spanish capital – the fourth goal being the best of the bunch.

This was a Madrid team that had just won La Liga and would go on to win four of the next five Champions Leagues and Lewandowski embarrassed their defence on the biggest stage. Best of all, he went on to score a fifth goal in the second leg. Though Dortmund went on to lose the final to German rivals Bayern Munich, the semi-final win (largely down to the performance of Lewandowski) is among the best Champions League moments of recent years. 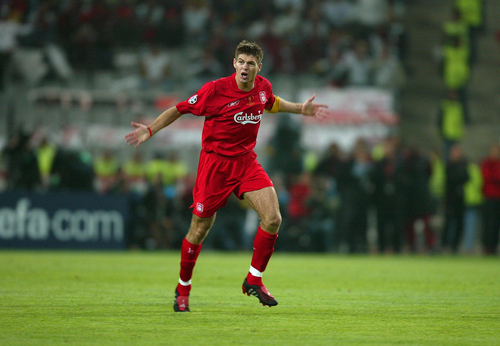 The 2005 Champions League final may well be the most famous game in the competition’s history. 3-0 down to Italian giants AC Milan at half-time, Liverpool completed the most unlikely of comebacks in Istanbul to take their fifth Champions League title, with captain Steven Gerrard crucial to the fightback.

Gerrard was pulling the strings in Liverpool’s attack and they may have counted themselves unlucky not to have converted any of the chances he created in the first half. He continued to be influential in the second-half and memorably scored the first of Liverpool’s comeback – prompting Clive Tyldesley’s iconic “Hello? Hello?” commentary line.

Gerrard went on to win a penalty which led to Liverpool’s third goal, and he held firm in midfield to take the game to a penalty shoot-out which Liverpool ultimately won. It was a performance worthy of a Champions League title – and it was only fitting Gerrard got to lift the trophy.

The fact that Roy Keane didn’t play in the final of the 1999 Champions League final is what most Irish fans will remember about Man United’s treble campaign, but his performance in the semi-final against Juventus is among the competition’s most iconic.

2-0 down on the night and 3-1 down on aggregate after ten minutes, Keane’s side were in need of a miraculous recovery – and Keane dragged them to it. He first appeared through a sea of players to pull one back for United, before stifling the influence of World Cup winner Zinedine Zidane in midfield, allowing strikers Dwight Yorke and Andy Cole to complete a memorable comeback.

Keane unfortunately picked up a yellow card in the game which would keep him out of the final but, as the video above shows, his teammates all remember his performance above all else. It was Keane’s greatest moment in a United shirt, and a pivotal moment in their treble-winning season.

It may seem strange that a player on the losing side tops this list – but Ronaldo’s performance at Old Trafford in 2003 is easily the Champions League’s most famous, and for good reason.

Ronaldo was at the peak of his powers in the 02-03 season, and his first goal displayed that, as he sprinted clear of the United defence and buried a powerful shot in the United net to put Real 4-1 up on aggregate after just 12 minutes. This was a strong Man United team and they fought back from behind on three separate occasions - each time after a Ronaldo wondergoal.

United created most of the chances in the game and managed to score four on the night, but Ronaldo’s sensational performance, capped by two long-range stunners, ensured that Madrid would go on to the semi-finals. The Brazilian was famously given a standing ovation by the Old Trafford crowd as he left the pitch, showing just how incredible the performance was. It remains one of the greatest games in the Champions League’s history, with Ronaldo’s hat-trick the most memorable, making it the easy choice for number 1 on this list. 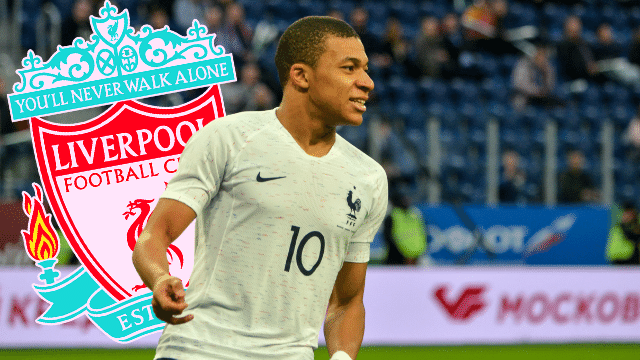