The annual Sport and Sponsorship Sentiment Index as conducted by PSG sponsorship is always an interesting look back on the sporting year. In particular, it gives us a chance to see how the Irish public feel about the moments that made the year so special or so regrettable.

The nationally representative survey 'examines Irish people’s attitudes towards sport, their sporting heroes, levels of participation and the impact of sport on the Irish psyche'. There's always a couple of talking points each year and the 2015 index is no different.

Here's the full findings of this year's survey: 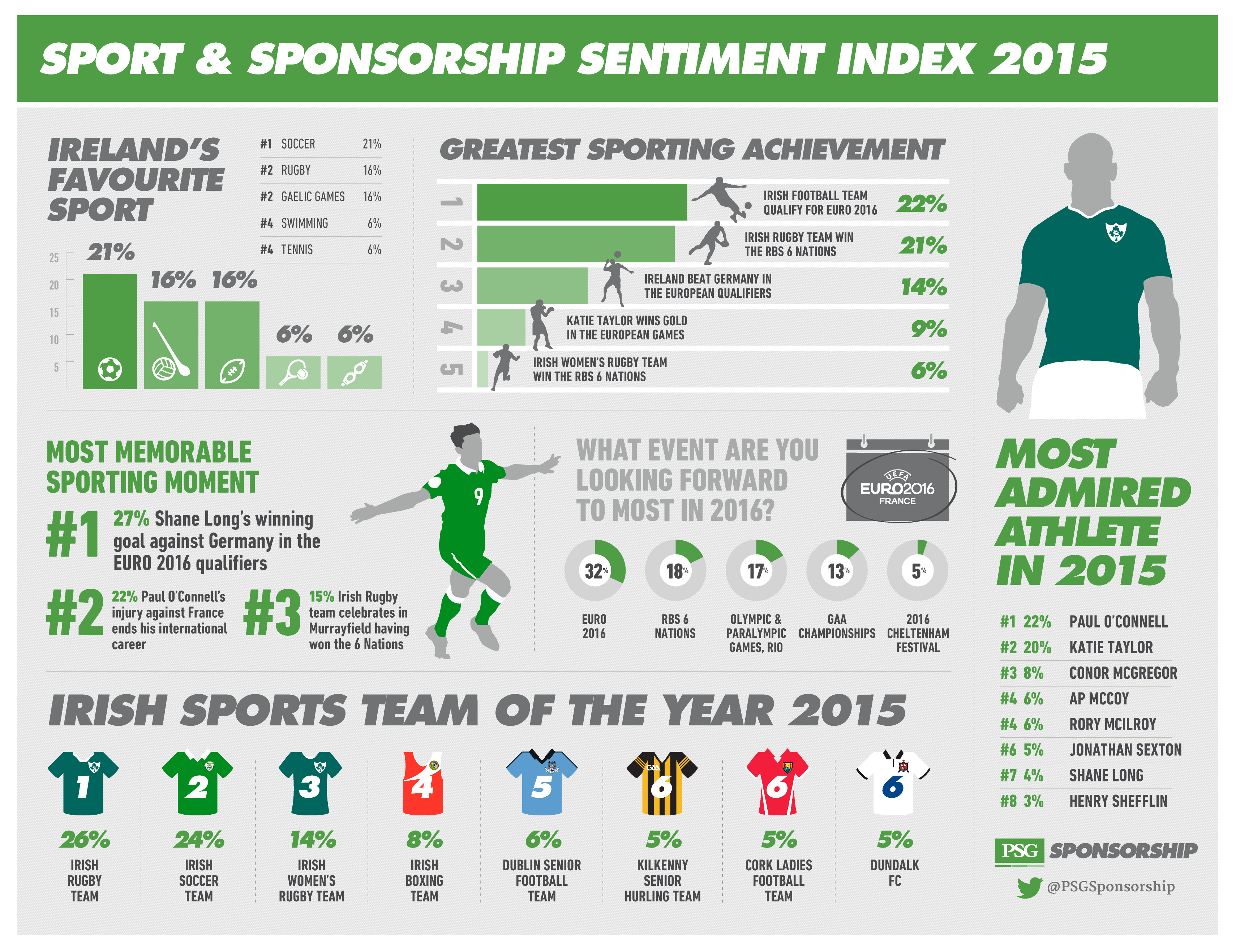 The most memorable sporting moment was always going to be Shane Long firing past Manuel Neuer, while the universal love for Paul O'Connell made it quite likely that he'd come away with the 'most admired athlete' selection. The big surprise as far as we're concerned is the Irish sports team of the year selection.

Perhaps we're suffering from short term memory syndrome but we really would have assumed that the defeat of the world champions would have been sufficient to bump Martin O'Neill's side up to the top spot in the nation's hearts.

While the Six Nations win deserves to be lauded, another failure in the World Cup appears to be largely overlooked in the sentiment index with the men's rugby team once again coming out on top. Granted the two percent difference is slim but, considering the expectation going into the World Cup, the defeat to Argentina didn't affect the public's perception of the team as much as many may have anticipated.

Euro 2016 qualification narrowly edged out the Six Nations triumph in the greatest achievement of the year category while soccer has fallen quite a bit in terms of Ireland's favourite sport. At 21% it's still top of the pile but that figure was up at 24% in last year's study.

All in all, it's an interesting look back at a very memorable year for Irish sport. And given the nature of that Sports Team of the Year vote we thought we'd give you the opportunity to have your say: