There Was Late Champions League Drama Aplenty On Wednesday Night

Wednesday night's Champions League ties were a bit of a slow-burn - but the conclusions were dramatic across Europe, as two more teams claimed their spots in the last 16.

While Liverpool had an easy ride against 10-man Atletico Madrid to claim their spot in the knockout stage, Ajax made much harder work of their visit to Borussia Dortmund to claim theirs.

Dramatic finishes in the Champions League on Wednesday

Ajax have been one of the standout teams so far in the Champions League, winning their first three games with 11 goals and only one conceded. On Wednesday night, they faced a real challenge in Dortmund, as they fell behind to 10-man Borussia early on.

They showed their class late-on, however, with three goals in the last 20 minutes to seal a dramatic 3-1 away win and seal their place in the last 16. The goal to put them ahead, from Sebastien Haller, was an absolute beauty.

That was not the first dramatic conclusion of the night, as AC Milan experienced some injury-time heartbreak against Porto in the evening's early kick-offs.

With Milan fighting for their lives in a group also containing Liverpool and Spanish champions Atletico Madrid, a win at home to Porto was vitally needed and, with the game edging towards a 1-1 draw, it looked like they'd gotten that win late on with a Zlatan Ibrahimovic strike - before the goal was disallowed for offside.

Ibrahimovic thought he had won it for AC Milan but it's ruled out! 😬#ACMFCP #UCL pic.twitter.com/w9iwW0qJgj

Milan now need a miraculous set of results to go through to the knockout stages, with Porto now looking set to knock the might of Atletico and AC out of the Champions League.

One team who seemed to think they had given themselves a fighting chance of staying in the Champions League were RB Leipzig, who claimed a late draw against PSG with a 92nd minute penalty from Dominik Szoboszlai.

Szoboszlai ran to the corner and celebrated the goal with aplomb - perhaps unaware that a draw was not enough to prevent the German side being officially eliminated from the competition.

Even after that penalty, there was more drama, as Ander Herrera attempted to recreate everyone's favourite disallowed George Best goal by flicking the ball out of goalkeeper Peter Gulacsi's hands as he prepared a kickout. Herrera, though, found a similar reception from the referee as Best, as well as an even more hostile one from the RB Leipzig team.

There were some foregone conclusions in Wednesday night's games, with comfortable wins for Liverpool, Man City, and Inter - but the Champions League still served up some classic late drama, with 28 goals across the evening's eight games. 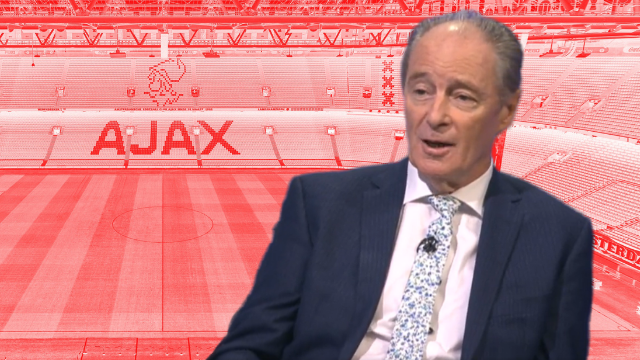 Football
2 weeks ago
By Sean Meehan
Remembering The Wonderful Scrap Between Rino Gattuso And Joe Jordan
Football
1 month ago
By Colman Stanley
From Delivery Boy To Serie A: The Astonishing Rise Of Junior Messias
Football
1 month ago
By Balls Team
A Timely Reminder That The 2004 Champions League Quarter-Finals Were Frankly Bonkers
Popular on Balls
Rugby
1 day ago
By Colman Stanley
Bundee Aki Apologises For Confronting Ref After Connacht Concede Late Try
Football
1 day ago
By Gary Connaughton
Report: Newcastle United Lining Up Move For Euro 2020 Star
Snooker
9 hours ago
By Gary Connaughton
Ronnie O'Sullivan Couldn't Get Over Stunning Mark Williams Escape Shot
Rugby
2 days ago
By Jonathan Browne
Who Is Karl Martin? Meet The Young Drogheda Man Making His Debut Against Leinster