Read this and be proud.

This article was originally published in 2012.

It's 18 years to the day since Robbie Keane scored that goal against Germany in the World Cup. It was since uploaded to YouTube and it was then, that the site reached a very definite peak with this one comment: 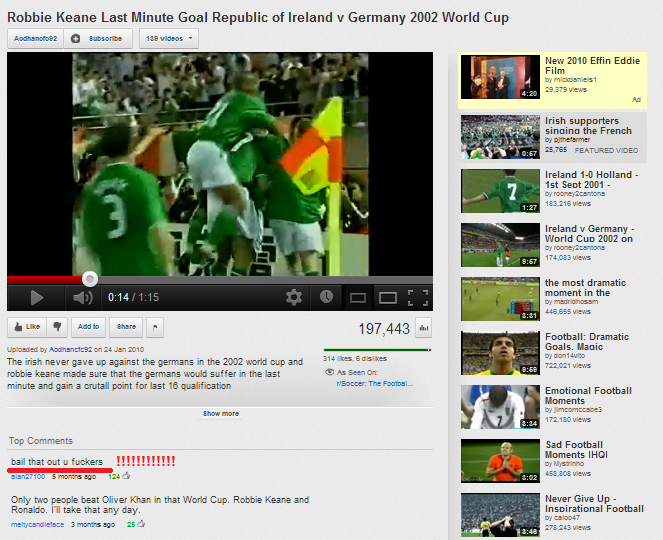 The comment continued to resonate in the hours after Ireland beat Germany in October 2015.

"bail that out u fuckers"

The video is gone and so Alan27100's wisdom lives on in this post.