The UEFA Nations League is a bit of a strange tournament. They are competitive games, but they don't hold anywhere near the same importance as a summer tournament or qualification matches.

In saying that, the finals of the event have proven to be an excellent watch. This year's semi-finals threw up two brilliant games, while yesterday's final between France and Spain also produced some fantastic moments.

However, having a third place play-off game seems absolutely daft. Neither Belgium nor Italy seemed all that interested in taking part in the fixture on Sunday, picking weakened teams and playing at a less than ferocious pace.

It probably won't surprise you to learn that at least one player thought the whole thing was a farce.

Speaking after the game, Belgium goalkeeper Thibaut Courtois slammed UEFA for holding the fixture, saying it was just the latest example of the organisation putting players at risk in order to line their own pockets.

Thibaut Courtois accused UEFA and FIFA of prioritising money over player welfare after Belgium were beaten 2-1 by Italy in the Nations League third-place play-off. pic.twitter.com/0RbBu0Ux6h

This game is just a money game, we have to be honest. For UEFA, it's extra money and an extra game on TV...

Look at how much both teams changed (from the semi-finals). Other players played from our side, if both teams were in the final there would have been other teams playing.

This just shows that we play too many games. In June (of next year) we will play four Nations League games, why? Next year we have a World Cup in November, we will have to play until the latter stages of June again.

We will get injured, nobody cares about the players anymore. After a long season you have to go and play four games in the Nations League again, you will have three weeks of holidays. That's not enough for players to be able to continue for 12 months at the highest level.

If we never say anything it will always be the same. UEFA are against the European Super League, but they just do the same and put extra games, make an extra trophy in the UEFA Conference League. It's always the same.

They can be angry about other teams wanting Super Leagues but they don't care about the players, they only care about their pockets.

UEFA have continued to expand the fixture list over recent years, with the upcoming extended Champions League just the latest example of the demands being placed on top level players.

This can't go on forever and you get the sense we could see a real revolt from players and managers in the near future. 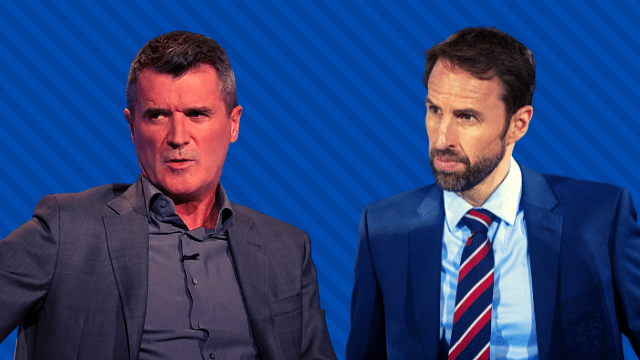 Football
1 month ago
By Gary Connaughton
Roberto Martinez Is A Big Fan Of What Stephen Kenny Is Trying To Do With Ireland
Football
1 month ago
By Jonathan Browne
How To Watch Ireland Vs Belgium At The Aviva Stadium
Football
1 month ago
By Gary Connaughton
Here's The Talented Ireland Team We Want To See Against Belgium
Popular on Balls
Rugby
2 days ago
By Colman Stanley
'That Pace, That Intensity, That Organisation' All Black Legend Has High Praise For Leinster
GAA
2 days ago
By PJ Browne
Cusack Has Little Sympathy For Gearoid Hegarty After Red Card
Football
10 hours ago
By Colman Stanley
Wagatha Christie Trial Sheds New Light On England's Euro 2016 Disaster
GAA
16 hours ago
By PJ Browne
GAA President Explains Why Tailteann Cup Won't Be All-Ireland Curtain Raiser