Thierry Henry isn’t exactly the most popular man in Ireland. His handball in a play-off between Ireland and France in November 2009 ultimately denied Ireland a place at the 2010 World Cup. The reaction to the handball was one of anger and hurt – but Henry revealed this week that some people simply took it too far.

Speaking on The Robbie Fowler Podcast, Henry revealed that he received plenty of angered reaction from Irish fans – and, regrettably, he even received death threats in the aftermath of the 2009 play-off.

I didn’t hear about anyone killing Lionel Messi – anyhow, it happened to me. I had to take it, I took it – was I proud of it? No. I nearly didn’t even go to the World Cup, because a lot of stuff happened. It became a political problem, prime ministers talking about it, the president talking about it, I was thinking, ‘well, hang on a minute, did I kill someone?’”

Henry also reveals he hired a bodyguard for his four-year-old daughter because of the threats.

“This is where it becomes difficult and I’m not saying this for people to say ‘Oh my God!’ but after that, the abuse that I got – I received letters and death threats.

“My daughter had to go to school with a bodyguard for two weeks because I was scared – ‘We know where you live.’

The scale of abuse Henry received after the handball is perhaps something Irish people have not considered too much in the past. The outrage and hurt caused by the incident was unquestionable, but what’s also unquestionable is that the death threats simply were not acceptable and they clearly took a huge toll on Henry.

The aftermath of the handball saw a political frenzy – from which the FAI did not exactly come out of looking particularly well. CEO John Delaney famously requested that Ireland be allowed to enter the World Cup in South Africa as the 33rd team – much to the amusement of FIFA president Sepp Blatter.

Henry is known around the world as one of the greatest Premier League footballers of all-time and is adored by Arsenal fans and rivals alike the world over. It’s unlikely he’ll ever be shown the same affection in Ireland, but perhaps his recent comments will make people question their vitriol over the incident. After all, it’s not like we’re short of other things to complain about in Irish football…

SEE ALSO: These Irish Youngsters Have Established Themselves As Real Building Blocks 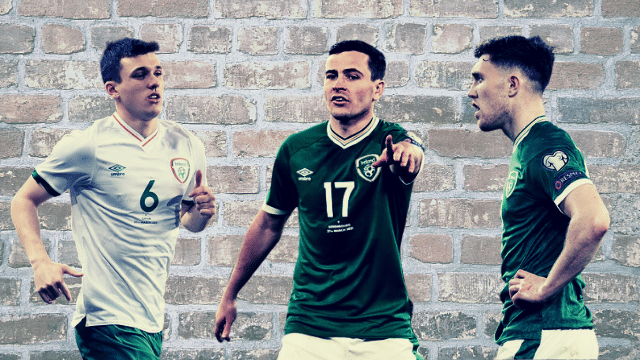 Football
6 years ago
By Conor Neville
FIFA Release Statement On The FAI Payment Which Puts A Whole New Spin On Things
Football
6 years ago
By Conor Neville
AUDIO: John Delaney Finally Explains €5 Million Payment - Doesn't Quite Tally With His Stance In 2009
Popular on Balls
Rugby
2 days ago
By Colman Stanley
Keith Earls Shares Story That Captures Andy Farrell's Decency
Football
2 days ago
By Eoin Harrington
Quiz: Name Every Player To Score In A Champions League Final
Football
1 day ago
By PJ Browne
'If He Continues With Performances And Goals Like That, Stephen Kenny Will See It'
Football
14 hours ago
By Gary Connaughton
Portsmouth Likely To Retain Gavin Bazunu This Month Despite Championship Interest