Say Hello To The 32 Luckiest Men At The World Cup

Playing in the World Cup is obviously going to be a highlight for any international footballer. However with squads of 23 and half the teams playing as few as 3 games, playing time is fairly limited.  However, there's one group of men who know they won't get any minutes on the pitch and to them, just being at the World Cup is reward enough.  These holidaying heroes are the Third Choice Goalkeepers.

The Third Choice Goalkeeper can relax and enjoy all the festival of football has to offer.  He gets to muck about with his mates on a free holiday, have a perfect seat for all his countries games and all without the hassle of dealing with the press or, you know, playing games. What's the worst that can happen if they break curfew?

There are 4 categories that connoisseurs of Third Choice Goalkeepers look out for;

1. The older, little (or un-) capped, career back up.
2. The young up and comer coming along for "experience".
3. The token local player in a squad playing all over the world.
4. The sole obscure club representative at the World Cup.

Fellow lovers of football, say hello to the 32 luckiest men at the World Cup; 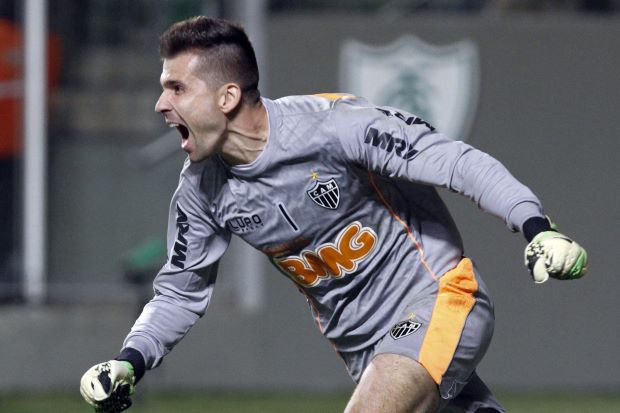 Victor celebrates a month away from the wife & kids

Cameroon - Sammy N'djock. He plays for Fethiyespor in the Turkish 2nd division.  Obscure enough for a TCG.

Croatia  - Oliver Zelenika. He's 21 and has one cap. Sole representative of Lokomotiva who have never won a trophy in Croatia.

Mexico - Alfredo Talavera.  He's 31 and made his international debut at 29 thanks to the number one keeper being banned for failing a drugs test.

Chile -  Christopher Toselli.  25-year-old made his debut 4 years ago and has won 4 caps since. He's the only player from Universidad Católica at the World Cup

Netherlands - Tim Krul.  He has earned only 5 caps and this is his second tournament to be Third Choice Goalkeeper after Euro 2012.

Spain - David de Gea. Despite being one of the English Premier League's best, de Gea is uncapped at the age of 23.

Colombia - Camilo Vargas. He's uncapped at 24. He's one of 3 domestic players in the squad (2 of them are keepers) and the sole representative of Sante Fe.

Greece - Panagiotis Glykos. The 27-year-old finally made his debut for Greece in March this year.  He wears squad number 71 with PAOK. 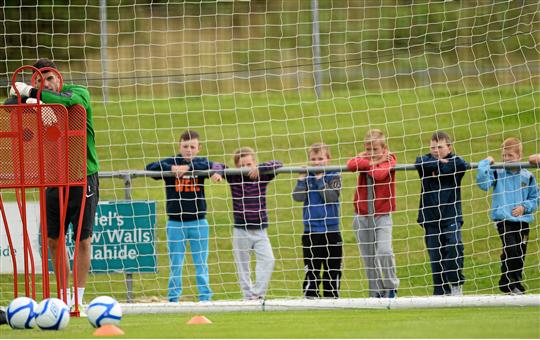 Costa Rica- Daniel Cambronero. Another domestic based played who at 28 has earned only 1 cap (3 years ago)

England - Fraser Forster. He's earned one cap and is the only player in the squad not to play in England.

Italy - Mattia Perin. The 21-year-old with Genoa is uncapped.

Uruguay - Rodrigo Munoz.  He's the poster boy for the Third Choice Goalkeeper.  He's uncapped at the age of 32 and he's the sole representative from his club Libertad and the Paraguyan league that they play in.

Ecuador - Adrian Bone. He has 3 caps at the age of 25 and is the sole representative of El Nacional in the World Cup

France - Stéphane Ruffier. Original TGC Mickaël Landreau ticks loads of boxes (35, 1 cap (in 2007),  only Bastia SC player, TGC in Euro 2004 & the 2006 World Cup) but Ruffier isn't bad either.  He only earned his 2nd cap last week as a late injury call up. St Etienne's only player in the French squad.

Honduras - Luis López. He's uncapped and only 20 years old, by far the youngest player in the squad.

Switzerland - Roman Burki. He's uncapped at 23 and one of 2 Grasshoppers in the squad.

Argentina - Agustín Orión.  Only 3 caps at the age of 32. He's one of the few local players with Boca Juniors

Nigeria - Chigozie Agbim. The only player from the Nigerian league at the World Cup (with Gombe United). He's already picked up his first medal as Third Choice Goalkeeper when Nigerian won the African Cup of Nations last year 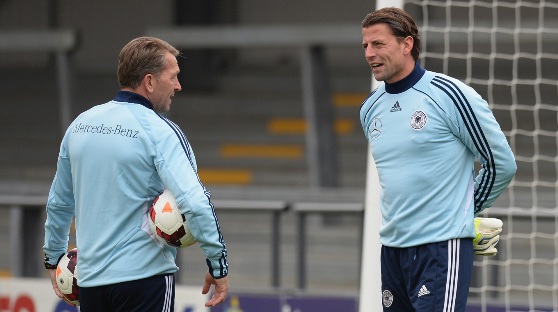 Weidenfeller joking around like only a Third Choice Goalkeeper can do

Germany - Roman Weidenfeller. He's 33 and has one cap. He became the oldest ever debutant for Germany last November.

Portugal - Beto.  32 year old is making his 2nd tournament as Third Choice Goalkeeper. He was Porto's sub-keeper when he made the 2010 squad and has only earned 6 caps since.

Algeria - Cedric Si Mohamed. He's 29 and the only player from Constantine in the World Cup. Algeria's squad only has another domestic player; the Second Choice Goalkeeper. His only cap came 4 years ago.

So now you know them all. Memorise them in case you're ever on the BBC "Pointless" quiz show and are asked to name members of the World Cup squads.