It was a dream start to life in the Premier League for Brentford, as they took a 2-0 win over Arsenal, and their manager Thomas Frank was emotional in his post-match interview.

Dane Frank is entering his fourth season in charge of Brentford, and has overseen the progression of the team from mid-table in the Championship to the Premier League.

Their first top-flight game in 74 years could hardly have gone any better, as they took a 2-0 win over Arsenal that never looked in doubt. The stadium was rocking after both goals, as the Brentford Community Stadium welcomed a full house for the very first time since opening last August.

LIFT OFF FOR BRENTFORD! 🚀

Sergi Canos wastes no time in firing a low effort that beats Bernd Leno at his near post - West London is rocking! 🔥

Frank spoke to Sky Sports after the game and brilliantly summed up the emotion of the night. He also said that he and his players would cherish every win they manage in the Premier League, and that they were eager for more.

🗣 "We're number one in Premier League and we're just a bus stop in Hounslow."

Amazing. What an atmosphere. I'm a little bit speechless because...it's the first time in the top flight. We are opening the Premier League season. For all fans, they can dream! We are number one in the Premier League, that is a fantastic story! And we are just a bus stop in Hounslow - we're not supposed to be here! We are going to celebrate every win but we also want more.

He went on to praise the intensity of his team's performance, and said that they had nailed the game plan - even if it did make him nervous as the game ticked into injury time.

I think the players today were amazing. They've run themselves into the ground, they played with extreme intensity and then they were brave to press high constantly. In the end, it was five minutes to go, I was thinking, "oh, maybe not now!" I'm very proud of them.

I think today they deserve the praise and to celebrate a bit. It's been a hard pre season, you could see they were fit, they could run. It's been planned all the time that we'd have two days off now because we play next Saturday. They can get a little bit of rest, but then Monday we look forward.

It was a hugely emotional night in west London, as a capacity crowd took in a Premier League game for the first time in 522 days. Some fans were reduced to tears by the result.

Thomas Frank has been an integral part of the Brentford revolution, and their first night in the Premier League would suggest there are more big things to come from this team.

SEE ALSO: Jurgen Klopp Not Surprised By Rival Spending Despite Effects Of Pandemic 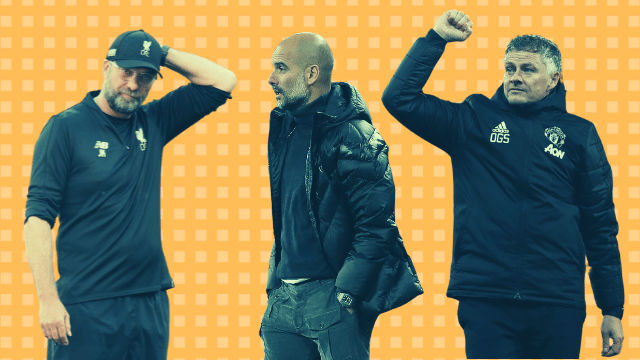 Football
1 week ago
By Eoin Harrington
Antonio Conte Urges Arteta To "Be Calm" After Spurs Derby Win
Premier League
2 weeks ago
By Eoin Harrington
'What An Idiot' - Jamie Carragher Slams Luke Ayling After Wild Red Card
Football
4 weeks ago
By Eoin Harrington
Ralf Rangnick Gives Brutal Assessment Of Manchester United Top Four Hopes
Popular on Balls
Rugby
1 day ago
By PJ Browne
The Last Munster Team To Win Silverware: Where Are They Now?
Football
4 days ago
By Gary Connaughton
Darron Gibson Was Often Mocked By United Teammates Over Bobby Charlton Advice
Football
1 day ago
By Gary Connaughton
Paul Merson Feels Liverpool's Season Can't Be A Success If They Don't Win The League
Football
2 days ago
By PJ Browne
The Stars Of Sunderland Til I Die Season 2: Where Are They Now?