The FA have confirmed that tonight's FA Cup tie between Aston Villa and Liverpool will go ahead as scheduled.

The Villa camp has been ravaged by COVID-19 cases, with no first-team players eligible for the tie. Furthermore, manager Dean Smith and first team coaches John Terry, Craig Shakespeare and Richard O'Kelly aren't permitted to take their place on the Villa bench.

It means that Villa's under 23 manager Mark Delaney will take charge of a side made up of under 23 and under 18 players from Villa's academy.

Villa's academy players were tested for the virus on Thursday, with all returning a negative test.

The situation could mean that 'first-team' debut could be on the cards for Ireland under 19 international Tyreik Wright.

The 19 year old has been a mainstay in Villa's under 23 squad this season, having graduated from the under 18 setup in 2019.

Wright might not be the only Corkonian on the pitch this evening, with Liverpool having their own rebel in their midst.

Caoimhin Kelleher has won plaudits for this performances for Liverpool this season, finally displacing Adrian in the role of Liverpool's number two.

Both Kelleher and Adrian had two tough visits to Villa Park over the span of a year, with Kelleher conceding five as a youth side was wheeled out against Villa in the Carabao Cup last season.

Adrian had it even worse, conceding seven in this season's 7-2 demolition in the Premier League.

It's expected that Kelleher will take the reins again, with Jurgen Klopp looking to rest as many first-team players as possible following the Reds 1-0 loss against Southampton on Monday night.

So, it could be a battle of Cork at Villa Park, with Ovens' Wright taking on Blackrock's Kelleher.

The people of Cork are playing both so that they always come out on top.

SEE ALSO: Quiz: Name The Irish Player That Played For This International Club 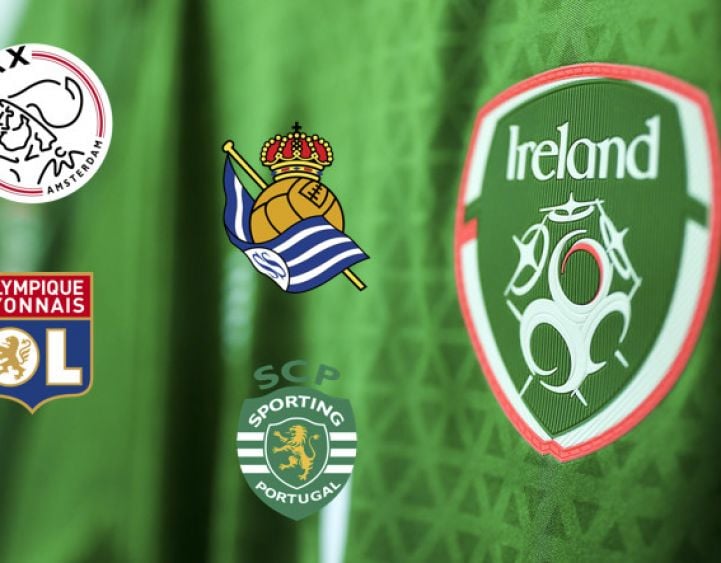