Tony Cascarino Cannot Understand What Is Wrong With Dele Alli

What has happened to Dele Alli?

It is not that long since the Spurs midfielder was considered one of the most promising young players in the Premier League, but his career has nosedived in recent times.

Successive Spurs managers have failed to get a tune out of the 25-year old, and while it is very early days in the Antonio Conte era, the signs have not been there to suggest that the Italian will fare any better.

Dele was in the starting XI for the Europa Conference League to Slovenian side Mura in midweek, with his performance widely criticised. Some even suggested that he should not play for the club again.

It certainly seems as though a big change will be needed from the player if he is to rescue his career, with Tony Cascarino struggling to understand exactly why he has faded to this extent.

Speaking on talkSPORT, the former Ireland striker said there must be off the field reasons for Dele's dip over the last couple of seasons.

🗣 “He’s no where near up to speed. I don’t know his private life but there must be something off the field that’s not right!”

Tony Cascarino believes they’ll be ‘no takers’ for Dele Alli if he leaves #THFC. 👀 pic.twitter.com/1Yh9yVlPja

He can only move on on loan because there will be no takers. No one will buy Dele Alli, no one will take him with the wages he's on and the way he's playing.

All I can say is what I see and that's on the football pitch, he is nowhere near up to speed with the game.

I'm not seeing him on the back pages with what he has achieved in football. I'm seeing him more for his commercial side and what he's doing commercially. That's not good.

I don't know enough about his private life because I don't know what happens when he goes home like you do with other, but all I know that on the football pitch he is totally off the pace...

When you have a young lad that was performing very well and was worth a hell of a lot of money, and you're investing millions a year on a player, and you don't know the answer all you're doing is training him, working him, and playing games.

Is it injuries? He has had small injuries, but he hasn't had a major injury of any note. He's been out for odd periods but nothing that is career threatening.

Where do you try and find the problem? For me, and it is only my opinion, but there must be something off the field that is not right.

The Englishman has been in the media for some questionable reasons over the last few years, and with his form nowhere near it once was, questions will continue to be raised on this subject until he can turn things around.

It is looking increasingly unlikely that this will happen at Spurs.

SEE ALSO: Roy Keane Hasn't Bought In To The Stephen Kenny Era Yet 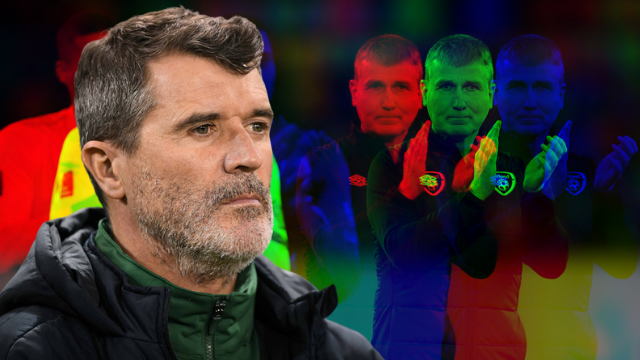 Football
10 months ago
By Jonathan Byrne
An Oral History Of Jose Mourinho's Comments On Dele Alli
Football
2 years ago
By Aonghus Ó Maicín
Watch: Sublime Touch Sets Up Dele Alli Goal At Old Trafford
Football
3 years ago
By Eoin Lyons
Watch: Dele Alli In The Thick Of It As Spurs Dump Arsenal Out Of The Carabao Cup
Previous Next

Football
10 months ago
By Jonathan Byrne
An Oral History Of Jose Mourinho's Comments On Dele Alli
Football
2 years ago
By Aonghus Ó Maicín
Watch: Sublime Touch Sets Up Dele Alli Goal At Old Trafford
Football
3 years ago
By Eoin Lyons
Watch: Dele Alli In The Thick Of It As Spurs Dump Arsenal Out Of The Carabao Cup
Popular on Balls
Rugby
17 hours ago
By Colman Stanley
Jimmy O'Brien Announced His Arrival On The Biggest Stage This Afternoon
Basketball
13 hours ago
By Eoin Harrington
Kieran Donaghy And Tralee Warriors Claim National Basketball Cup Title In Tallaght
The Rewind
21 hours ago
By Gary Connaughton
Quiz: From Which Irish County Did This Company/Product Originate?
Football
23 hours ago
By Gary Connaughton
Carragher Reveals Unhappy Instagram Message From Lionel Messi After MNF Comments