And The Top 10 Highest Earning Sportspeople In The World In 2013 Were... 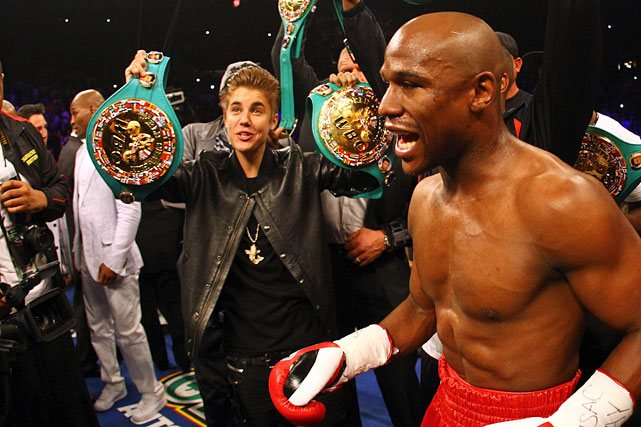 Ray Parlour's wife may be nearly as wealthy as well as all of them combined, but the globe's wealthiest sportspeople still raked it in in 2013. And ESPN have helpfully put together one of those Sunday Independent style rich lists laying out these minted pricks in front of us.

So, who has emerged on top? Well, I can tell that Floyd Mayweather has proved that the man who gave him the nickname 'Money Maywather' was no fool. He sits comfortably on top having earned a respectable $73.5 million in the calender year. Before you get alarmed about how paltry that amount is, we should remind that this figure is excluding endorsements.

There may be a debate raging as to who is the greater footballer but Cristiano Ronaldo pips Lionel Messi in the money making stakes, earning $50.2m to $50.1m for the Argentinian. Elsewhere, Ibrahimovic is being flagrantly disrespected by his club and only finds himself in 5th place, Tom Brady and Kobe Bryant are in 7th and 8th respectively, while Wayne Rooney is the highest earning Premiership player in 15th.

ESPN have also listed the world's highest paying sports teams with the LA Dodgers pipping New York Yankees to the title. Manchester City are in 3rd, with Barcelona and Real Madrid in 4th and 5th respectively.