Watch: Troy Parrott Nets For Ipswich Town For His Goal In Senior Football

It's been a long time coming.

Troy Parrott has had a difficult season. Having been expected to shine on loan at Millwall after joining them before the start of the campaign, some injury issues halted what had been a very promising pre-season.

The player continued to struggle with injuries and form over the following months, with Spurs ultimately deciding to cut his spell at the Championship club short.

Instead he would link up with League One side Ipswich Town. While he has been putting in some very impressive performances in East Anglia, goals had eluded him up until this point.

He finally got off the mark this afternoon.

Parrott would score inside the first five minutes of their clash with Plymouth Argyle. He was certainly given a helping hand by the defender, but the Dubliner showed great awareness to pounce on the loose pass before rounding the on-rushing goalkeeper and finishing into an empty net.

I feel I must thank Spurs for lending us Troy Parrott who just got his first ever goal. pic.twitter.com/qziK3dTUcJ

This was Parrott's first goal in senior football having banged in a huge number of goals in the underage ranks.

Having only turned 19-years old last month, it is easy to forget just how young the striker still is. Hopefully this goal can see him kick on for the rest of the season.

Parrott is likely to be included in the Ireland squad for the upcoming World Cup qualifiers and could add to the two senior international caps he has earned to date. 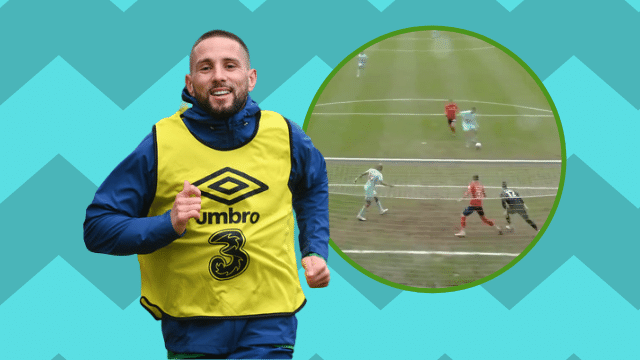