'The Goal, I'm Nearly Out Of The Picture When The Left-Back Gets On The Ball'

Troy Parrott scored his first senior professional goal on Saturday. It was an important one too: The winner as the Dubliner's Ipswich side beat Plymouth 1-0.

There were an element of fortune to the goal. Plymouth left-back Adam Lewis played the ball across his own goal straight into the path of Parrott.

"If you see the goal back, I'm nearly out of the picture when the left-back gets on the ball," Parrott told iFollow Ipswich.

"I just had to read where he was going to pass it. Luckily, it fell to me in the box. I had to concentrate on the touch. Then, the finish, it was easy.

"We started so fast, so well - we got so many chances in the first 20 - 25 minutes. That's down to the gaffer telling us to press high and get after teams. Any team that comes here, we should stick it on them at the start of the game."

Though Parrott had not hit the net in his previous nine games on loan from Spurs at the League One side, he had played well, receiving praise from the Ipswich coaching staff and new manager Paul Cook.

"That's always been a trait of mine since I was younger," said 19-year-old about his workrate.

"I want to work hard if things aren't going the way I want them to closer to the opposition goal; the least I can do is work hard.

"I'll just keep getting into those positions. If the ball comes, great, if it doesn't, I'll try to get into better positions."

Saturday's game saw the return of Cole Skuse to the Ipswich team after a year out due to injury.

"When I first came in, he was the first to message me, and help me settle in. It's great to see him back in the squad," said Parrott about the veteran midfielder.

Paul Cook said that during his first game in charge of Ipswich - a 3-1 defeat to Gillingham - he had been impressed with Parrott but also thought that much of his time was being spent in the wrong areas.

"I don't really overpraise players. We win as a team. Our centre-halves today, the two of them were outstanding. 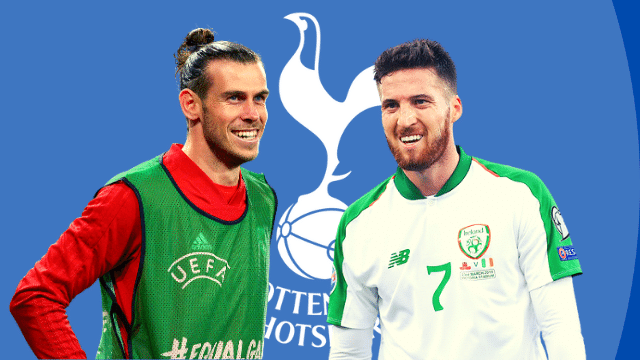