At the tender age of just 16, Irish underage star Troy Parrott is garnering a lot of hype for his performances with Spurs and Ireland.

Even the like of Mauricio Pochettino are starting to notice the forward's progress, inviting along to be part of the squad in Spurs' recent 2-0 win over Leicester. 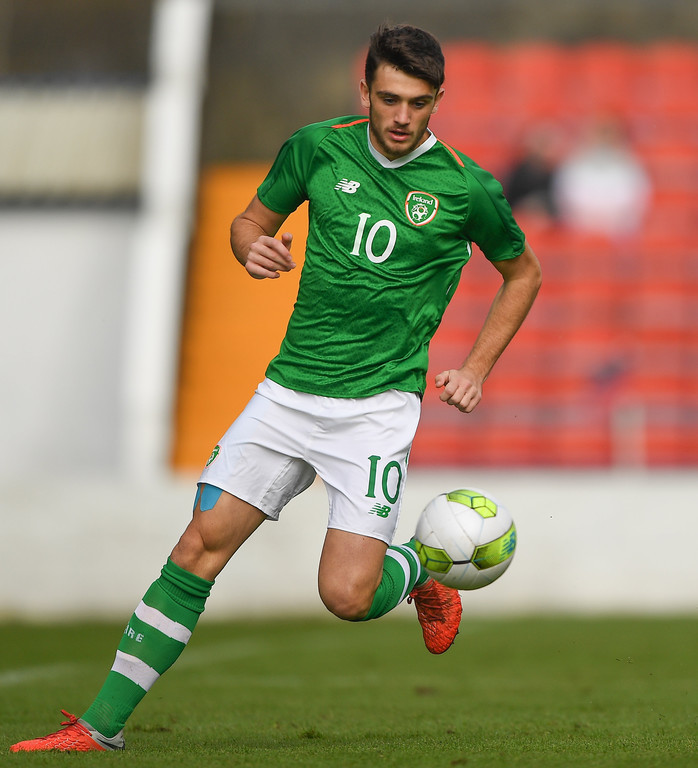 The Dubliner was in action today against Barcelona in the UEFA Youth League and it didn't take him long to make an impact, finishing off a good team move in the 17th minute:

A straightforward enough strike, but what Ireland wouldn't give to have a natural goalscorer among their ranks.

It may be hyperbolic to believe that Parrott is good enough to make the step up to the senior squad now, but if he continues his progress it can't be long before the U-17 prospect will be called up to the national team.

Spurs ended up winning the game 2-0, with Parrott looking lively throughout, having a one-on-one saved and seeing a good header tipped over the bar.

Football
13 hours ago
By Balls Team
Millwall Manager: Parrott Should Have Come Off Sooner
4

Football
3 weeks ago
By Gary Connaughton
Watch: Troy Parrott Scores Sumptuous Chip For Millwall Ahead Of Ireland Duty
Previous Next