Troy Parrott's season-long loan at Millwall has been cut short. Instead, the Ireland international has joined Ipswich Town on loan for the remainder of the season.

The move means a step down the English football ladder from the Championship to League One for Parrott.

The 18-year-old Spurs player joined Millwall in August and played 14 games for the club, 11 of those in the Championship. The striker failed to score in that time, though he did provide one assist.

An ankle injury hampered his first couple of months at Millwall. Parrott sat unused on the bench for his last three Millwall games.

On Monday afternoon, Ipswich confirmed that Parrott has joined the club. He trained with his new teammates on Monday morning. He will wear the number 40 jersey at Portman Road.

Last month, when speculation arose that Parrott could leave Millwall, manager Gary Rowett said he was "really impressed" with how the Dubliner handled it.

"I had a really good chat with Troy after all the stories were out there that he was maybe going to go back to Tottenham,” Rowett told NewsAtDen.

"We had a really good open chat.

"What struck me was, we have to remember Troy is only 18. He’s a young player who’s got a lot of things to learn to get to where he wants to get to in his career, and we’re here to help him.

"That was our commitment at the start of the season.

"The rest will take care of itself, if his attitude is right and he does the right things.

"In the last two or three games you’ve seen a really strong and mature response from Troy and he’ll get his rewards, because we know he’s got the talent.

"I’ve been really impressed with the way he’s dealt with the recent situation."

Ipswich, 11th in League One at the moment, are managed by Paul Lambert. Over the weekend, Corkman Aaron Drinan scored his first goal for the club in a 1-1 draw against Crewe.

See Also: Wes Hoolahan Tearing It Up For Cambridge In League Two 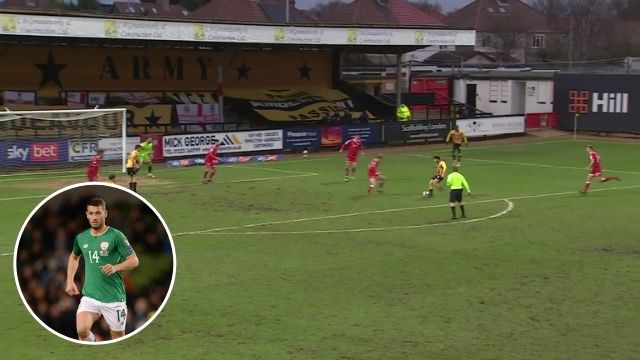