The Blues started their Champions League defence with a slender Group H victory that owed everything to Lukaku turning home his sole sniff on goal.

Chelsea manager Tuchel heaped the praise on the £98million summer recruit, who already boasts four goals for the Blues this term.

“The cross from Azpi was very, very good and dangerous, and difficult to defend,” said Tuchel.

“The target was the far post, for Romelu, and Kai (Havertz) was also there. It was the opening, and at the same time, decisive goal which is very, very good for us of course.

“It’s super hard, and super important to be able to do that. It’s as easy as that. You don’t find many strikers of that quality.

“The guys who are there to score and really score regularly are so, so important. There aren’t many goals in football and the goal changes the whole momentum of the match.

“It gives the whole team belief to know that one chance is enough. It’s more than only just talent that he brings; he brings belief and he takes pressure off others’ shoulders.

“He has the personality not to be impatient or to lose confidence. He does what he does and we’re very happy he’s with us.”

Chelsea might have laboured at times against Zenit’s low block and the Russian outfit’s impressive organisation.

Things you love to see. 🙌 pic.twitter.com/INLgtgKLMD

But Tuchel’s side still found a route to victory, with Lukaku again every inch the genuine talisman striker.

The 28-year-old has already comfortably justified Chelsea’s hefty fee to Inter Milan for his services, with boss Tuchel content with his side’s overall showing in west London.

“I’m happy in general with the performance, a tough match against a strong opponent,” said Tuchel.

“It was tough for us in the first half to find little gaps to accelerate the game and be dangerous in the box and create touches in the box. But we played high intensity, we had many ball recoveries.

“We had to be very focused and aware in defence, because they have a lot of individual quality. Second half we found it a bit easier to find spaces between the lines, create chances, half-chances.

“I find us very competitive, we know how to handle difficulties during matches. I liked what I saw today, because I felt the energy, effort and it was a strong opponent.” 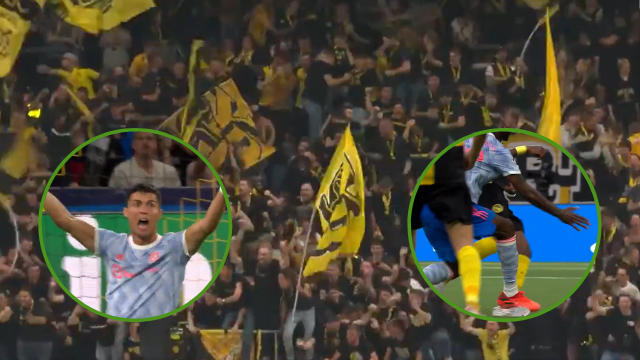