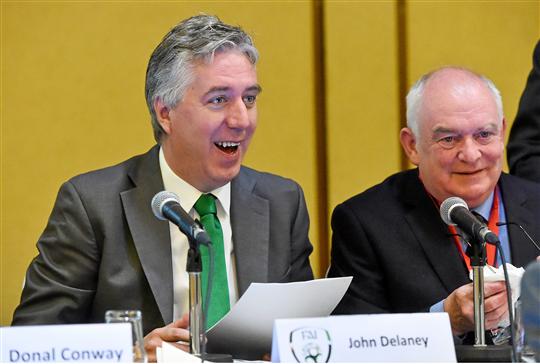 Twitter was abuzz with questions and opinions after dear leader of the FAI John Delaney wound up on RTE's diet Late Late; The Saturday Night show. It wasn't all positive:

Serious question: why is John Delaney doing so much non-sport press?

John Delaney on the Brendan O'Connor show. He's a football administer, why this attempt to become a 'celebrity'?

John Delaney says if Kerr had made Roy Keane captain we would have qualified for the 2006 world cup, needless dig. #Saturdaynightshow

John Delaney on RTE's Saturday Night Show. This is a bit bizarre.

We, as a nation, have got to stop giving John Delaney national airtime. #SatNightShow

@MiguelDelaney @MickFoley76 he's not a celebrity. He's a Sindo creation, a product of fawning hackery

Don't think he deserves alot of the Criticism, John Delaney seems fairly ok to me. #satnightshow

John Delaney is like a gift grub character you couldn't make up. Bad joke