The news of Damien Duff's departure from the Ireland coaching staff at the weekend came as a major shock. The former Chelsea winger was very highly thought of by both players and staff, while he had also been a vocal supporter of Stephen Kenny.

The lack of explanation for his decision only added to the intrigue. However, it would soon emerge that the FAI's handling of the pre-England motivational video controversy had played a major role.

Regardless, Stephen Kenny will now be looking for another coach to add to his backroom team.

Some had suggested Robbie Keane may make a return, with the country's record goalscorer still on the FAI's payroll after being part of Mick McCarthy's staff. Despite this, such a move is thought to be unlikely.

According to a report this evening, there could be a return for one of two former internationals.

The Irish Independent are reporting that John O'Shea and Lee Carsley are both on the shortlist to replace Duff, although it is not yet known if either man would be willing to come on board.

O'Shea has been earning his coaching badges with Reading, before also stepping into the Ireland U21 setup under Jim Crawford.

Meanwhile, Carsley has been playing an important role across the water with the FA. He is currently in charge of the England U20 side, as well as overseeing their development programme for 18-20 year olds.

The report suggests that while this pair are the main targets for the role, it could be difficult to convince them to take up Duff's old role. O'Shea is acting as a first team coach at Reading, while Carsley highly rated by the FA.

You can expect a replacement to be recruited soon. Ireland are set to get their 2022 World Cup qualifying campaign underway in March and you would imagine that Stephen Kenny will want to have a full backroom team in place by the time that fixture in Serbia rolls around. 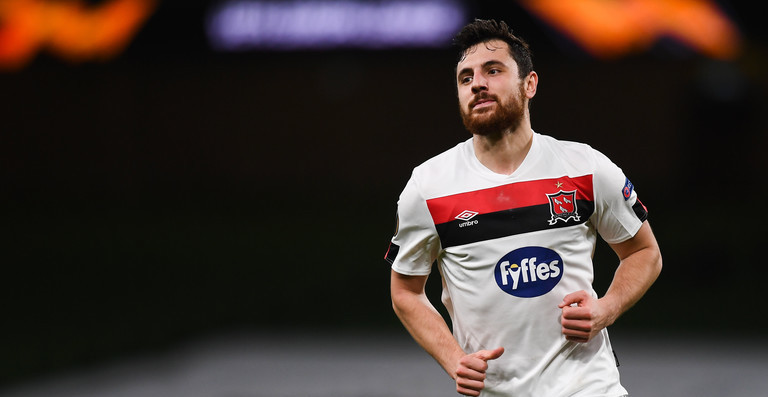 Football
11 months ago
By Gary Connaughton
Report: Former Ireland International Set To Be Named England U21 Manager
Football
4 years ago
By Daniel Kelly
Harry Redknapp Replaced By A Former Ireland Midfielder As Birmingham City Boss
Football
4 years ago
By Daniel Kelly
Former Ireland International Gets High-Profile Role With England's Under-21s
Popular on Balls
Football
5 hours ago
By Eoin Harrington
Juan Mata Questions Manchester United Management After Dire Season
Golf
2 days ago
By Gary Connaughton
Padraig Harrington Glad He Didn't Have To 'Make A Decision' On Saudi Golf League
Football
1 day ago
By Gary Connaughton
The Frank Lampard Love-In After Everton's Survival Was Downright Bizarre
GAA
2 days ago
By PJ Browne
'It Came At An Awkward Time. I Didn't Think It Would Be So Bad'