Ireland U21 forward Tyreik Wright came to the fore in a deserved 2-0 win away to Bosnia on Friday evening.

The Aston Villa forward, who is on loan at Salford City, scored one and grabbed an assist in a morale-boosting win for Jim Crawford's side.

His heroics came after a big week for himself personally as he scored his first goal for his new club last weekend.

He joined Salford midway through August, and has already played on three occasions for the Moor Lane outfit.

But in yesterday's game, the Co. Cork native impressed for Crawford's charges, leading the line alongside Joshua Kayode.

And his play was rewarded when he opened the scoring for the Boys in Green from the spot.

The Salford City loanee struck with conviction from 12-yards out after Kayode had been bundled over by defender Luka Malic.

But the Boys in Green had to withstand some pressure from the hosts, with Bray Wanderers keeper Brian Maher forced into an excellent save from a free-kick.

And shortly after, Conor Coventry wrapped up all three points with a well taken finish from a set-piece routine.

Wright, in turn, laid the ball off to Coventry who was waiting on the penalty spot to find the far corner.

Captain Conor Coventry was on the end of a slick setpiece routine to double @FAIreland U21s' lead against Bosnia & Herzegovina in an impressive 2-0 win #rtesoccer
📱 Report - https://t.co/Deh9ZZ7r9s pic.twitter.com/BUJ35Bt5vv

"It's a great feeling to get the win," Jim Crawford said after the game. "It was a very impressive performance from everyone who played.

"We looked defensively sound and they can be proud of themselves.

"Overall it's a great start but that's all it is a start and we start preparing for Luxembourg tomorrow."

It was an encouraging start to the group campaign for the Boys in Green who take on Luxembourg next.

And if the likes of Wright continue to shine alongside Kilkenny and co. in the middle of the park, it can only be a good thing.

The future is bright.

SEE ALSO: Ireland v Azerbaijan: Everything You Need To Know 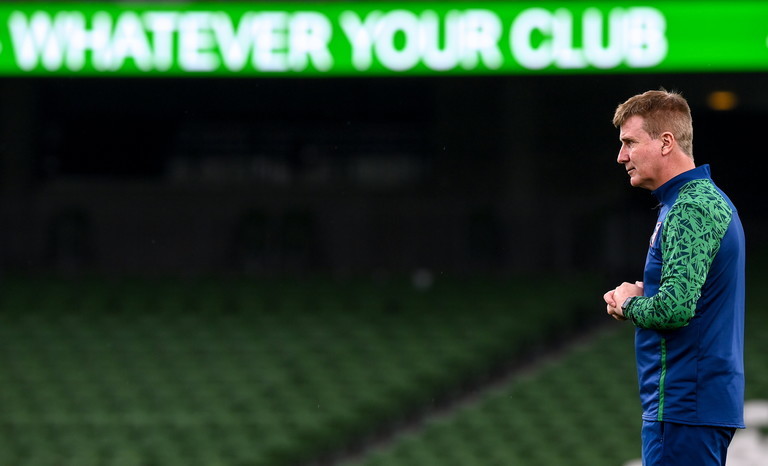 Football
4 months ago
By Andrew Dempsey
Colm Whelan Is Bucking The Trend On The Domestic And International Stage
Football
5 months ago
By Andrew Dempsey
Former Ireland U21 Keeper Named In Dutch Team Of The Week
Football
5 months ago
By Andrew Dempsey
West Ham's Irish Trio Score 5 Goals In U23s Hammering Of Arsenal
Popular on Balls
GAA
2 days ago
By PJ Browne
Insane Drama As Late TJ Reid Goal Sends Ballyhale Into All-Ireland Final
Rugby
1 day ago
By Colman Stanley
Yesterday Was Not The First Time Wayne Barnes Sent A Player Off For Getting Lippy
Rugby
22 hours ago
By Colman Stanley
Champions Cup Predictions And Permutations For The Irish Provinces
The Rewind
2 days ago
By Jonathan Byrne
The Definitive Ranking: Deli Items Ranked From Best To Worst