As UEFA fumbles and blunders with issues of inclusion in Euro 2020, many people have today found themselves reading a two-year-old tweet from the governing body of European football and shaking their head.

Back in 2019, the official UEFA Twitter account - which boasts over 1 million followers - replied to a tweet from Inverness Caledonian Thistle fan Jack Waddington - a young man with less than 100 followers - about why it was essential for Euro 2020 to be a tournament for everyone, no matter your sexual orientation. The tweet was sent in solidarity with host city Amsterdam's Pride celebrations.

Who said it wasn't? Where's the point in posting this?

UEFA's reply to Mr Waddington was definitive - the point needs to expressed and shared that 'this is everyone's game'.

Unfortunately Jack, there are still lots of people, and many within the LGBTQ community, who don’t feel included or welcome within football. We think it’s important to remind them that they absolutely are. This is everyone’s game.

Unfortunately Jack, there are still lots of people, and many within the LGBTQ community, who don’t feel included or welcome within football. We think it’s important to remind them that they absolutely are. This is everyone’s game.

Fast forward two years. Euro 2020 is finally underway and the debate over inclusion in football is as relevant as ever. A week ago, Hungary continued its clampdown on LGBTQ+ rights by passing a law that banned gay people from 'featuring in school educational materials or TV shows for under-18s'. This is relevant to football as Viktor Orban's state has been a prominent host to many UEFA fixtures during the pandemic, especially during Euro 2020.

Hungary play Germany tomorrow night in Munich and the mayor of the Bavarian city wrote to UEFA requesting the authority to light up the Allianz Arena with the rainbow flag as a gesture of solidarity to Hungary's gay community. The city passed a motion this week that read:

“The Bavarian state capital supports diversity, tolerance and genuine equality in sport and in society. On the occasion of the match between Germany and Hungary, the council wishes to send a visible message of solidarity to the LGBT community in Hungary, which is suffering under recent legislation passed by the Hungarian government.

However this morning, UEFA - who are on the record saying 'it's everyone's game' have forbidden the gesture because of its 'political context'.

UEFA is a politically and religiously neutral organisation. Given the political context of this specific request – a message aiming at a decision taken by Hungarian national parliament – UEFA must decline this request.

Not surprisingly the Hungarian foreign minister has welcomed the decision.

Hungary Foreign Minister Peter Szijjarto: "Thank God that in the circles of European football leadership common sense still prevails and they did not play along with the political provocation. UEFA made the right decision..."

The decision is strange because on Sunday, UEFA ruled that it would not punish German keeper Manuel Neuer for wearing the rainbow flag in an armband, judging it to be an apolitical symbol.

Their investigation concluded that the armband is a "symbol of diversity" and not a political symbol.

We go back to that reply to Jack Waddington in 2019. UEFA said that all people are welcome in football. Given the world we live in, that is a political statement in and of itself. Gay people in Hungary today will certainly be wondering about UEFA's commitment to its pledges. Remaining true to sentiments like the one expressed to Mr Waddington means occasionally angering the likes of Viktor Orban. That tweet from 2019 shows the massive gap between UEFA's words and actions. 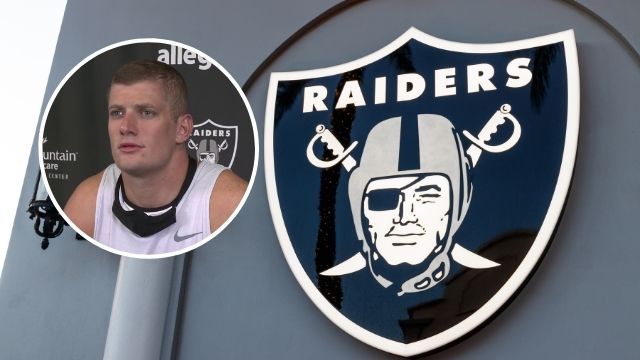 Football
1 month ago
By Jonathan Byrne
90 Arrests Made By Police For England Fan Behaviour At Euro 2020
Football
2 months ago
By Conor Breslin
Bonucci Says Declan Rice Comments Gave Italy Extra Inspiration
Football
3 months ago
By Eoin Harrington
How To Get ITV In Ireland For Live Sport Coverage
Popular on Balls
Football
19 hours ago
By Jonathan Browne
Reports: Solskjaer's Coaching Staff To Stay On At Old Trafford As Rangnick Appointment Confirmed
Snooker
1 day ago
By PJ Browne
Shaun Murphy Apologises Over Timing Of 'Amateur' Comments
GAA
1 day ago
By PJ Browne
Dunboyne Pull Off Dramatic Extra-Time Victory Over Tinahely
Snooker
21 hours ago
By PJ Browne
Selby Crashes Out Of UK Championship On Dramatic Respotted Black