Dundalk teenager Val Adedokun is set to make a move to Premier League side Brentford, according to a report in the Dundalk Argus by James Rogers this morning.

The 18-year-old has impressed when called upon by the Lilywhites this season under three different managers.

Adedokun is formerly of Dublin schoolboy side Malahide United before he made the switch to Dundalk at the underage grades.

He made his senior League of Ireland debut in September 2020 under then manager Filippo Giovangnoli as a second-half sub.

And he has progressed this season at Oriel Park, making six league appearances in total.

His first league bow of the 2021 season came in their 2-2 draw away to Longford Town in May.

He also played for Dundalk during their Europa Conference League, coming on as a sub in their second-leg victory over Welsh side Newtown.

Following his first league start, and subsequent appearances in the league for Dundalk, Adedokun earned himself an Ireland U19 call-up alongside his teammate Ryan O'Kane.

"This is the reward for all of the work they’ve put in this season," Dundalk academy manager Stephen McDonnell said at the time of their call-up.

They’ve taken the opportunities that presented themselves with the injuries we’ve had and it’s great to see.

If Val keeps applying himself every day then there’s no reason he can’t reach the heights in this country – and even further afield.

He’s still 18 while Ryan also turns 18 in the summer so for the two of them, it’s about continuing to do what’s got them into this position and not looking too far ahead.

Adedokun put pen to paper on a two-year deal with Dundalk at the start of the season, so the Lilywhites will be due compensation if the move comes to fruition.

The lively left-sided player follows current Irish international Chiedozie Ogbene in making the switch from the League of Ireland to Brentford.

And should he make the move to the West London side, it is expected that he will link up with their 'B' team. That side includes fellow Irish underage internationals Nico Jones and Alex Gilbert. 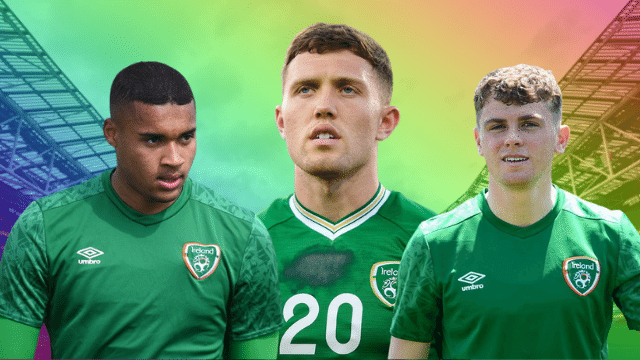