Seeing double-figures scored by one team is a rarity in football, at least at the top level.

To watch an Ireland side do it was all the more remarkable, with the 11-0 victory over Georgia in their 2023 FIFA World Cup qualifier a sight to behold.

Vera Pauw's side were on it right from kick-off, taking the lead in the fourth minute of the game via an own goal. That advantage would be stretched to 4-0 by halftime, with a late flurry of goals in the final 20 minutes or so helping the team reach that historic mark.

This result represents the biggest win for any Ireland team (men's or women's) at senior level. It beats the 9-0 mark previously set by the Women's National Team against Malta and Montenegro in 2003 and 2016 respectively.

This was a must win game for Ireland, with the 1-1 draw against Slovakia last week having put somewhat of a damper on what had been a positive campaign up to that point.

The win over Georgia certainly got them back on track, with Vera Pauw hugely impressed with the relentless attitude she saw from her team.

Speaking to the media after the game, the Ireland boss said her players stuck to the game plan even as the goals began to rack up.

I’m so incredibly proud, because the players kept playing the game-plan...

Balls in the box, winning the second ball and if we cannot shoot immediately, we would go out again, start again, to the other side so we would have crosses and shots from the third line, outside the box, but also putting balls in from the different sides.

I am so proud, they have never played a game like this, and a game plan the way we set up and executed it is incredible...

[The team was] so disciplined in the execution. Nobody was starting to fool around. 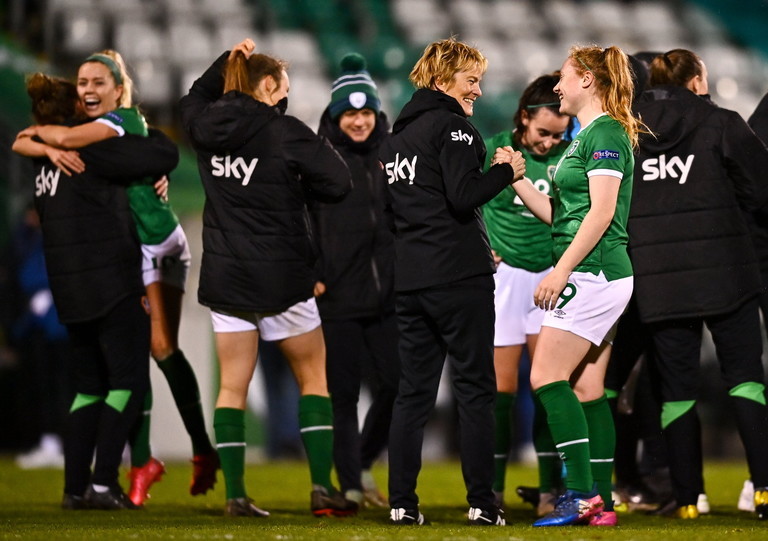 While this was a brilliant occasion for Ireland, it did also present the latest example in what has become a worrying trend in women's international football.

Northern Ireland recorded two huge wins over North Macedonia (9-0 and 11-0) in the last week, while England produced a scarcely believable 20-0 victory over Latvia tonight. This comes after Belgium defeated Armenia on a 19-0 scoreline on Thursday.

Clearly, such results do little for a game that is attempting to grow throughout the continent.

While Pauw was delighted to see her side produce a similar margin of victory and add to their goal difference, she feels UEFA must do something to address this problem.

We (previously) had a two-tier system and it's time to bring that in again...

I warned UEFA before that there is a lot of opportunities for the top-level teams, the top-level countries and they are drifting away from the rest.

It's great that the game develops at that level, but UEFA has to create for the - I’ve spoken about that before - the second tier and the tier under to gain more experience and more opportunities to train with each other so that we can close the gap.

In this way we cannot close the gap...

I’m sorry for Georgia but we need to think of our goal difference and that is why we didn’t make a party of it, we kept going.

Georgia had actually been reasonably competitive in this qualification group up to this point, with their largest defeat having come in a 4-0 loss away to Sweden, who are currently second in the FIFA world rankings.

While they were missing a couple of key players in Tallaght, this perhaps points to the level of performance that Ireland produced. 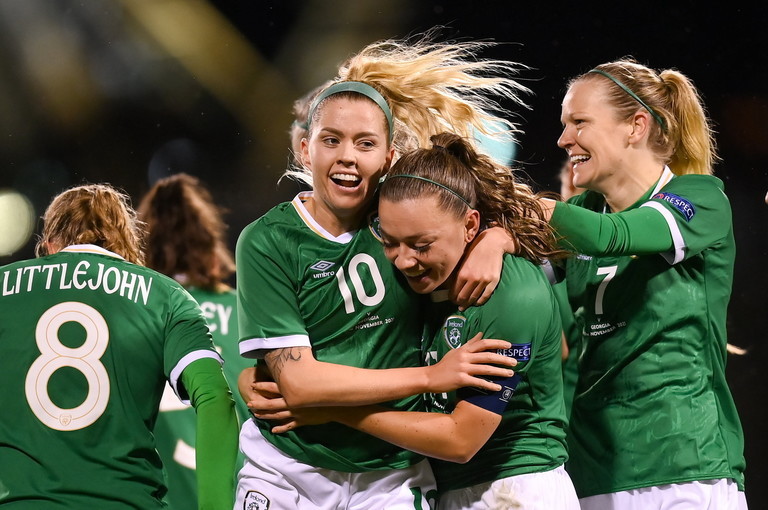