Versatility At The Heart Of Ireland U21's Attacking Options

A 100 percent record in European Championship qualifying and a semi-final berth at the Toulon Tournament has given Stephen Kenny an excellent start to his reign as Ireland U21s manager.

Wins are a bonus in a job which is designed to blood the next generation of player for the Irish national team. It helps, of course, that Kenny will take over the role as Ireland senior manager in under a year's time. Kenny has a unique perspective over a generation of players that Ireland hasn't seen in quite some time.

However, in this squad, Kenny has an assembly of attacking talent that can't be compared to the past.

It's the kind of 'good headache' that football managers cite when they have an abundance of talent at their disposal. Jonathan Afolabi is the only player that isn't around a Premier League first-team squad, only by virtue of his summer move to Celtic. Aaron Connolly, Michael Obafemi, Gavin Kilkenny, Troy Parrott and Adam Idah have been earmarked for big futures at their respective clubs.

But Kenny's 'good headache' is only good if you manage to get this attacking talent on the pitch.

In their match against Armenia, Kenny's charges lined-up in a 4-2-3-1, with Jayson Molumby and Conor Coventry sitting behind four of the six attackers. Connolly occupied a role on the left, Kilkenny on the right, with Parrott playing in the hole behind Adam Idah. 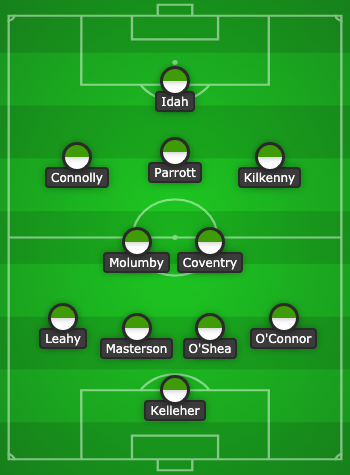 Connolly has predominantly played off the left in Ireland underage sides, however, he was named as PL2 Player of the Year last year playing centrally.

Ireland U21s captain Jayson Molumby remarked that Connolly is needed in the side, regardless of where you play him.

He was unlucky because he was playing out on the left, but we've so many options that you need to play him somewhere. If you play him up the top, he'll score. He's playing out of position but he's absolutely destroying full-backs.

Likewise with Connolly, Troy Parrott wasn't played in his usual position. The Spurs man occupied the 'number 10' role, just behind Adam Idah. Parrott, like Connolly, is usually a striker when playing for the Tottenham U23s. Furthermore, Mauricio Pochettino named Parrott as Spurs' second striker, only behind club captain Harry Kane in the pecking order.

Parrott eventually moved into the striker role when Adam Idah went off, but he doesn't care what position he plays in. The Belvedere alum only cares about being on the pitch.

The way I see it, if I can play in more positions, I have a better chance of getting into the team. I've played at youth level for Ireland at the 10, left wing, right wing and up front. I enjoy playing in any of those positions.

Although ruled out of the squad through injury, Michael Obafemi represents another attacking versatile attacking option for Stephen Kenny. Obafemi is another that can occupy a central position or move out to the wing.

Jonathan Afolabi, who came on for Troy Parrott, is nearly exclusively a 'number 9'. However, he's dangerous when running the channels and dribbling at a back-pedalling defence. You could see that on show at this summer's U19 EUROs. 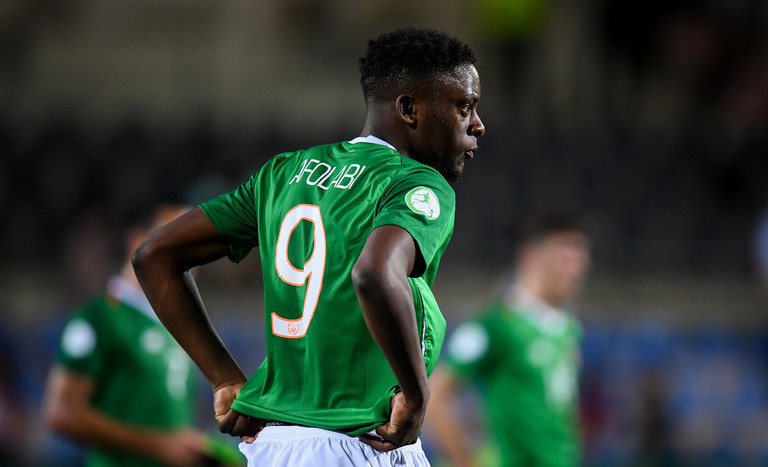 Perhaps Adam Idah is the only one of Stephen Kenny's attacking options that can't be shoehorned into another position. The Cork man has played exclusively through the middle throughout his Ireland youth career. Likewise, he's been solely a striker for Norwich's underage sides. Considering the sheer volume of goals Idah scores, that should come as no surprise.

It's up to Stephen Kenny to decide just how to fit these pieces into his side. Although they scored just the once against Armenia, the scoreline didn't reflect the domination Ireland enjoyed.

With a tougher test in Sweden on the cards, Ireland are going to need all the attacking firepower at their disposal.

SEE ALSO: "They Were Giving Me Hugs And That, And I Felt Like A Prick" - Stephen Ireland Opens Up On Grannygate