The world rankings are more important than you'd imagine in football. Instead of an arbitrary prestige list, it acts as the tool used to sort teams into seeded pots for draws going into World Cups and continental championships, as well as the qualifiers for both.

For example, Ireland were ranked as 52nd in the world last July, and were put in pot 4 of the recent World Cup qualifying group. The rankings are calculated based on a team's results, what there results are like against opposition of a certain prestige, combined over a certain time period.

Up until now, there has been so little understanding of the FIFA rankings that it was thought it couldn't be fooled.

But it has. The Welsh FA got out their calculators and figured out an easier way to climb up the rankings to give them better seedings in qualifying tournaments, and therefore a better chance to reach the finals tournament.

It meant they were able to get to Euro 2016 - only their second ever tournament, and first since the 1958 World Cup. 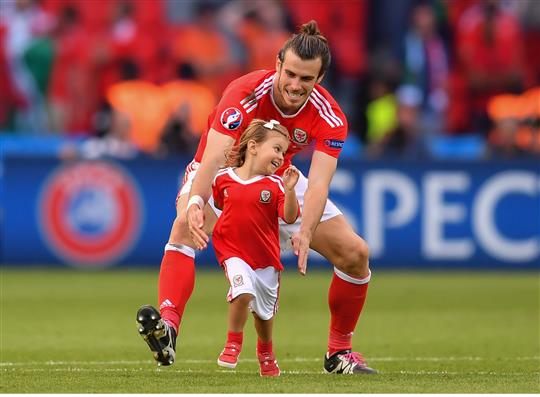 How did they do it?

After a Faroe Islands student contacted FIFA about a mistake in their calculations that sent Wales down to pot six in the 2014 World Cup draw by just 0.07 ranking points - the Welsh FA decided to use the calculator to their advantage.

They quickly realised that their match schedule could be tweaked to maximise ranking points. They stopped playing friendly games in the year before qualifying draws.

In the year before the 2014 World Cup qualifying draw, Wales played four friendly games - once against Luxembourg, and three Nations Cup games. They entered that draw 113th in the rankings.

They learned their lesson. Fixtures for 2013 had already been set before the Euro 2016, but they put things in place for the World Cup 2018.

By the time the seedings were set in July 2015 for the World Cup 2018 qualifying, they hadn't played a friendly for 13 months. In fact, from September 2014 to October 2015 they only played ten Euro 2016 qualifiers. By contrast, Ireland had four friendlies, on top of their ten Euro 2016 games, and the playoffs against Bosnia. In that year, Wales rose in the rankings from 44th to tenth, and Ireland from 70th to 52nd.

As revealed by thesetpieces.com; friendly games damage world rankings - even wins. Especially so against teams ranked lower than your own team. It's meant that in the last qualifying draw - Wales and Romania claimed the top seeding over France and Italy. In World Cup 2014, Switzerland were first seeds over Netherlands, Italy, and England. England could have had Switzerland's place had they cancelled one of their five friendlies the year before the draw.

This isn't to say that friendlies aren't important for other reasons. When rankings aren't as important outside of qualifying draws, Wales play friendlies like everybody else. They also showed in 2014/15 that not playing any friendlies didn't stop them qualifying for Euro 2016.

It really makes you wonder whether Ireland should be playing Oman again. Ireland could learn a lot from this strategy.

Make sure you read the full detail that explains the maths of what Wales did.

See Also: Here's Why Wales Have Risen While Ireland Have Fallen In The FIFA World Rankings

Football
22 hours ago
By PJ Browne
'When I Go To Ibrox Or Tynecastle, You're Getting Called A Fenian Such And Such'
63