You Do Not Want To Eat Dinner With Alan Pardew 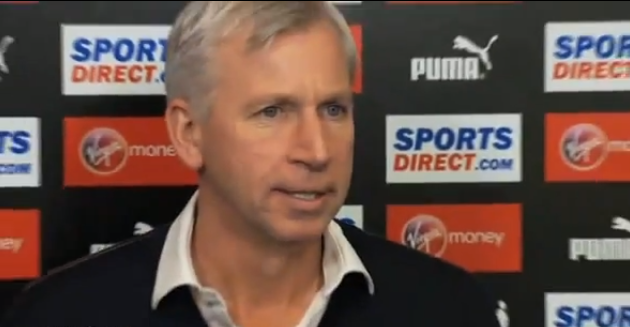 In the middle of a Daily Mirror piece contrasting Alan Pardew with former Newcastle manager Bobby Robson, there appears a gem of an annecdote about "Pards" from his days at West Ham.

West Ham club photographer Steve Bacon tells of an episode involving Pardew and club fitness coach at the time Tony Strudwick at a hotel dinner before a game against Sunderland.

When the gaffer sat down with his backroom team, deciding on his order, he asked fitness coach Tony Strudwick what he was getting – and told him he’d take it if it looked good.

When the meals arrived, Pards said to Tony, ‘Yours looks better, I’m having that,’ and swapped plates.

I told him you can’t just take someone else’s dinner. Pards retorted, ‘When you’re the king, you can do anything’.

At least he wasn't wearing a t-shirt featuring his own name on it, well as far as we know anyway,