More often than not when you see two club teammates turn rivals on the international stage, it's all high-fives and shirt swapping, but Glenn Whelan and Joe Allen clearly didn't get the memo.

In an extremely uneventful first half, the two Stoke City midfielders were some of the more active players on the pitch with Allen enjoying a lot of space offered to him while Whelan's work was more focused on ball retrieval. Shortly before the half-time whistle an incident occurred between the two players and it was Allen who was most unhappy with his teammate.

Not long after Ashley Williams was very upset at being caught by Shane Long's elbow, Allen went down after taking a blow from Whelan, who felt his clubmate had made the most of it.

Whelan clearly knew he caught him, judging by his immediate reaction: 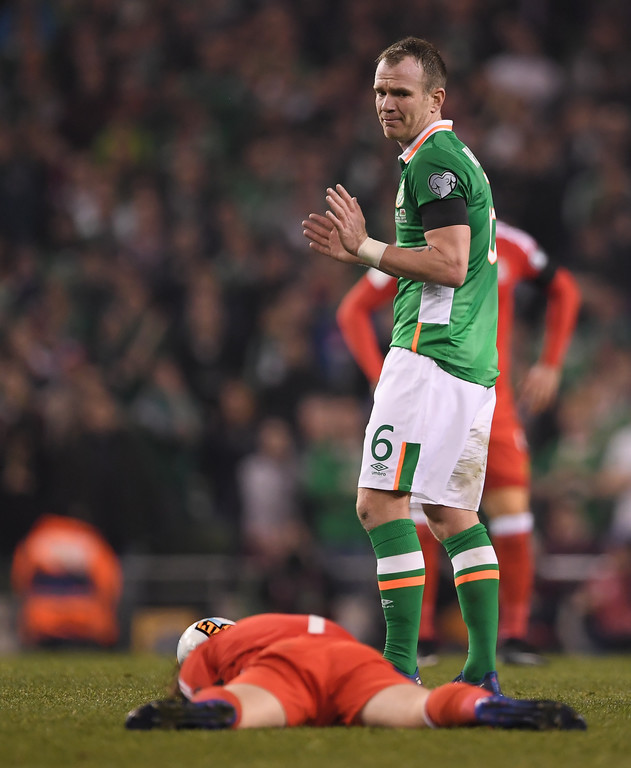 But when he saw Allen's reaction his view changed.

You can also visibly see Whelan ending the discussion with "...Ye prick!" which is so Dublin it's great to see.

There's no question that Whelan caught him, but it's a bit surprising to see Allen react like that, believing that it was intentional. Unless Glenn does that day-in, day-out on the training pitch...

You've got to love Ronnie Whelan's utterly biased commentary pleading Whelan's innocence without having seen it. The Welsh not happy with the physicality that Ireland have brought to the table in the first half.