The race for Premier League promotion was as thrilling as it has ever been at the end of the 2013 Championship season.

A Hull City side including Irishmen Paul McShane, Robbie Brady, David Meyler and Stephen Quinn knew that a win against Cardiff would see them promoted regardless of what happened elsewhere, while Watford knew that if they could beat Leeds at home they would go up if The Tigers had failed to win.

Hull City drew 2-2 with Cardiff in an insane game that involved the last-gasp equaliser coming from a penalty that was awarded to the visitors just seconds after Hull had missed a penalty of their own to wrap up the result...

But from our point of view the most memorable thing to happen was the decision of the Hull City players to watch the final 10 minutes of Watford vs Leeds on a monitor in the tunnel in full view of the Sky Sports cameras.

David Meyler has since uploaded the match highlights to celebrate the four-year anniversary of the day on his YouTube channel, and thankfully it's got footage of Robbie Brady, and Ahmed Elmohamady of course, going absolutely ballistic when Ross McCormack's equalised for Leeds right at the death and sent Hull up automatically.

They certainly didn't make the final day easy on themselves 😅 pic.twitter.com/WzeYJwMAj8

But let's take a look at Robbie Brady's jubilation in more detail. 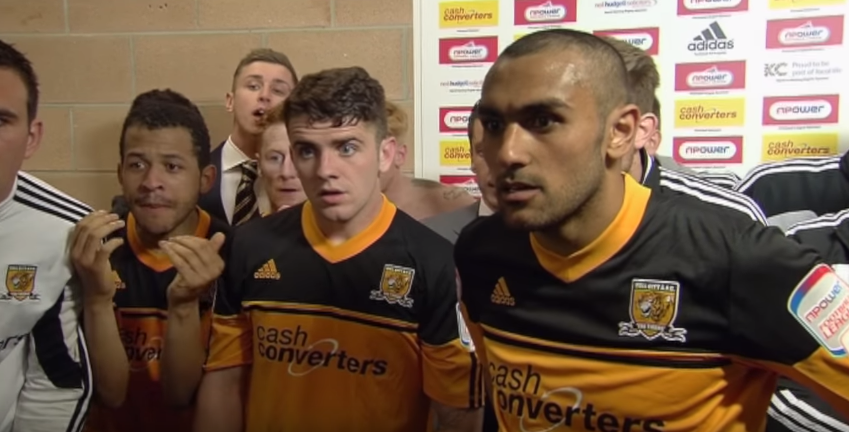 You're watching a match you have no control over knowing that one goal can result in you playing Premier League football next season. 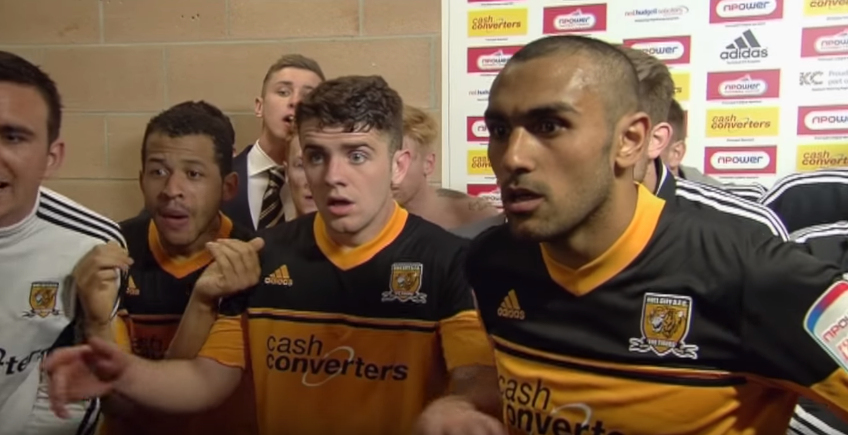 Leeds are really going for it here... 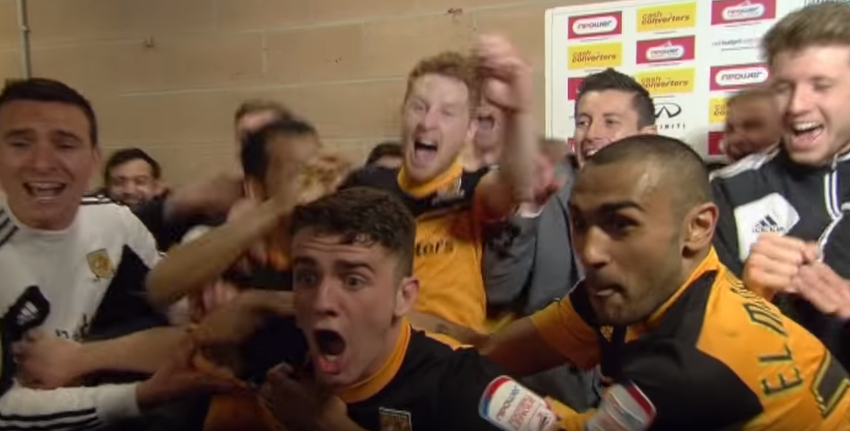 Stage 3: Accepting a belt in the face from Elmohamady. 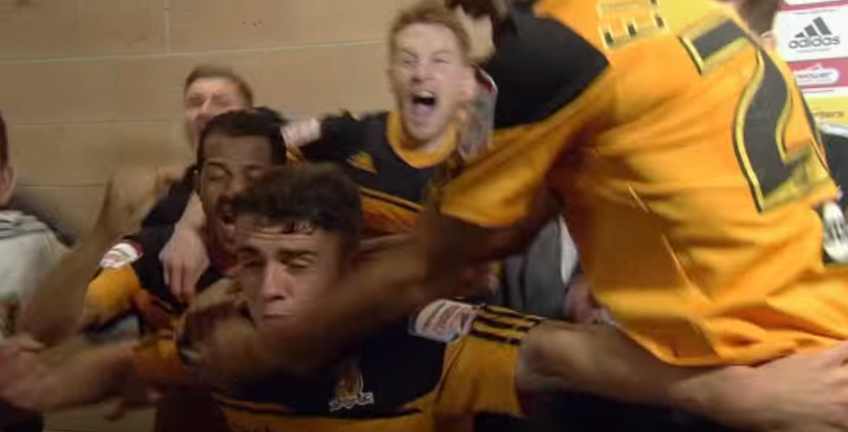 You just don't feel pain in moments like this, so go ahead Elmo, swing away.

Stage 4: The wild realisation that you actually done it. 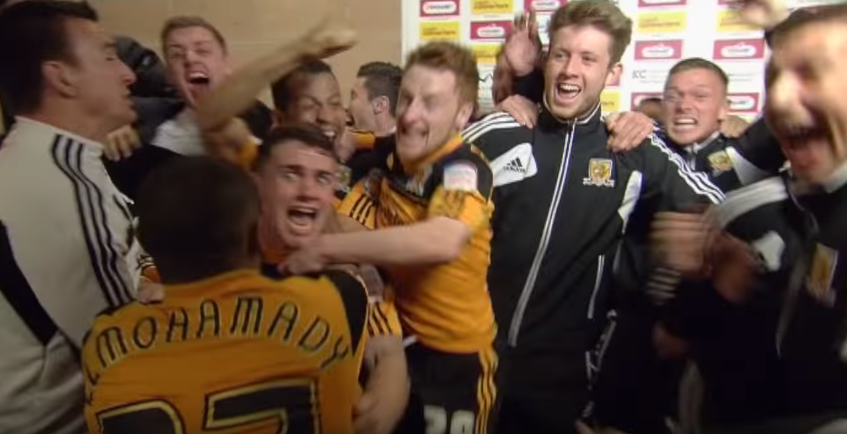 Stage 5: Kick everything and hope you don't end up on the bottom of the pile. 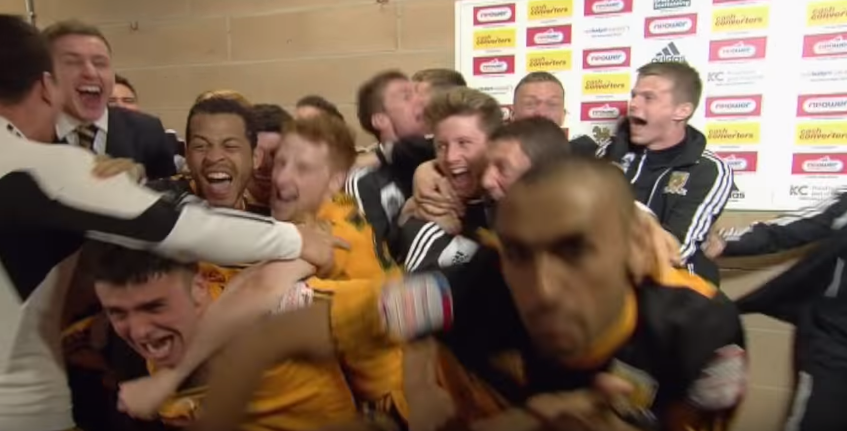 You rarely want to be right at the front when something like this kicks off. 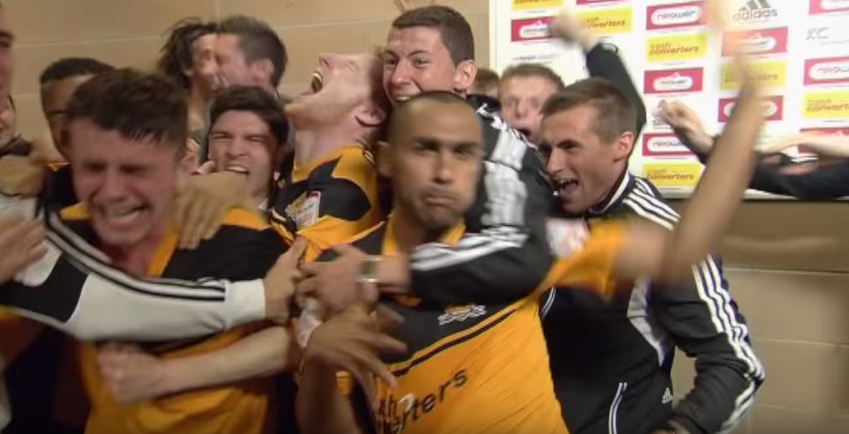 It all sinks in. All the hard work, all the effort, it's been worth it.

Stage 7 : Let the crazy Egyptian do his thing. 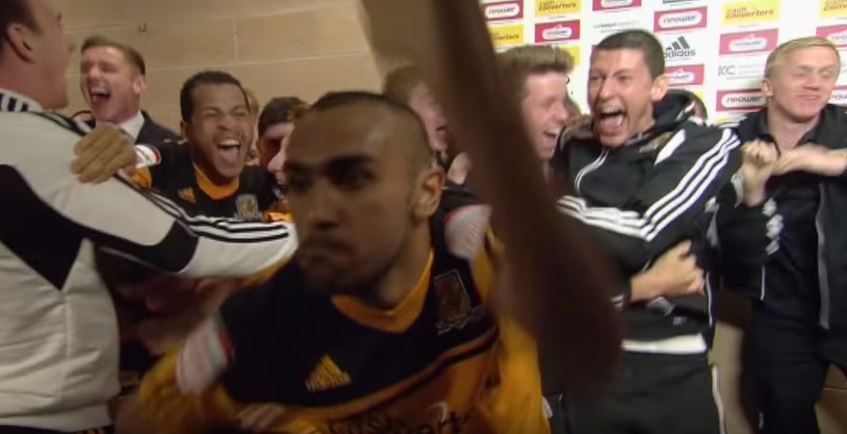 Probably the best promotion celebration ever seen on TV.

So many highs and lows, and all of them captured on camera. The celebrations must have been decent.