Liverpool came away from Anfield with all three points today, but Crystal Place provided plenty of scares throughout the 90 minutes.

The league leaders would fall behind early on, before goals from Mo Salah and Roberto Firmino gave them the lead. James Tomkins would equalise for Palace, but Salah would soon restore the lead with his second of the afternoon. Mane made sure of the three points late on, with a late consolation from Max Meyer not enough for the visitors.

While Salah was the star man on the pitch, much of the attention after the game turned to an alleged dive from the Egyptian in the opening half. The forward was had the ball in the box before Palace's Sakho swiped a leg at him, with seemingly minimal contact. Salah would down go down with a delayed reaction. 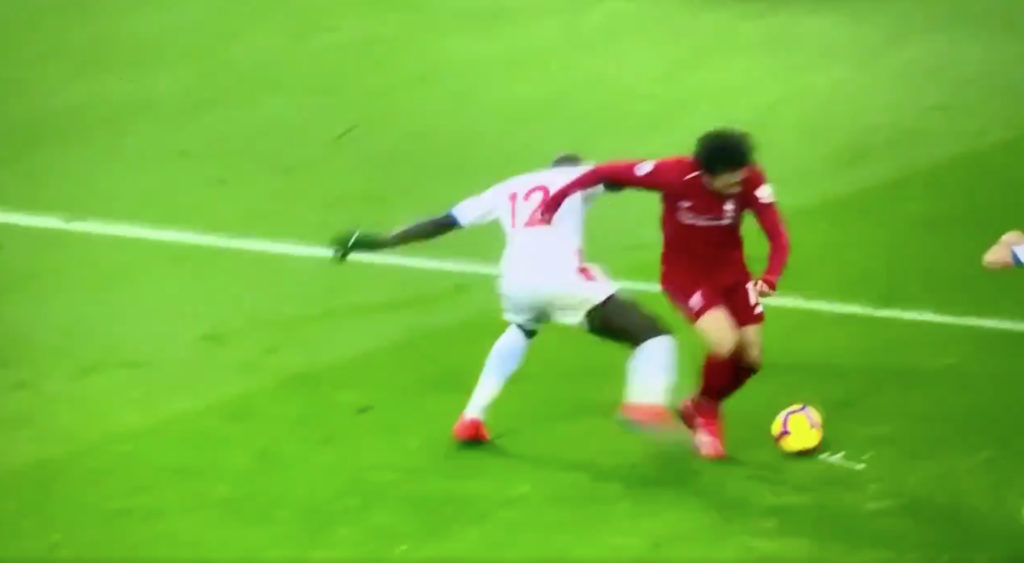 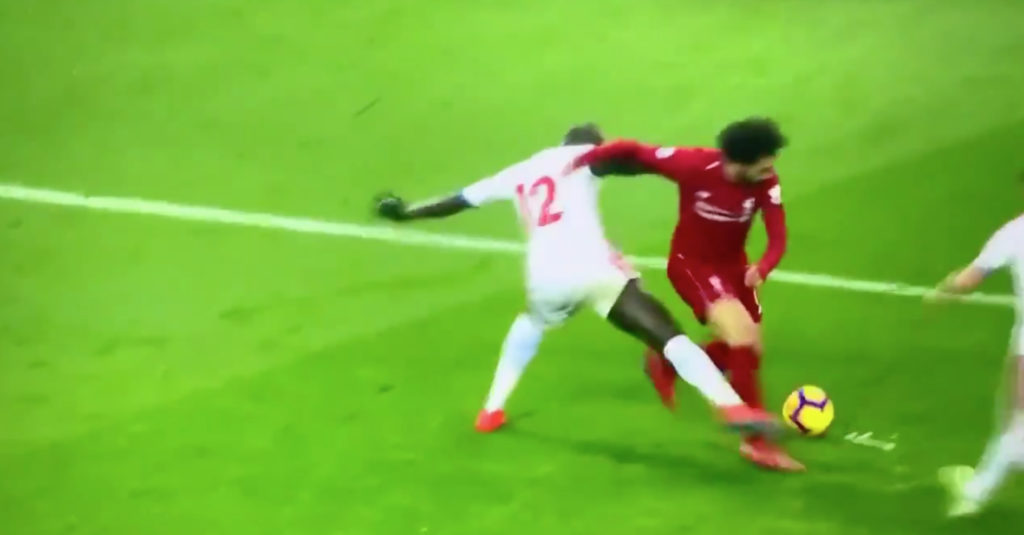 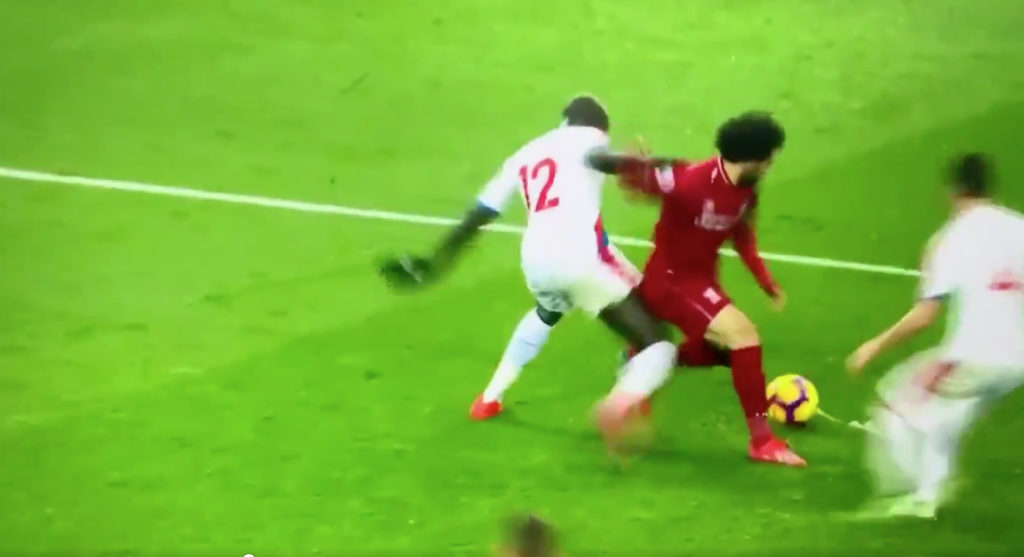 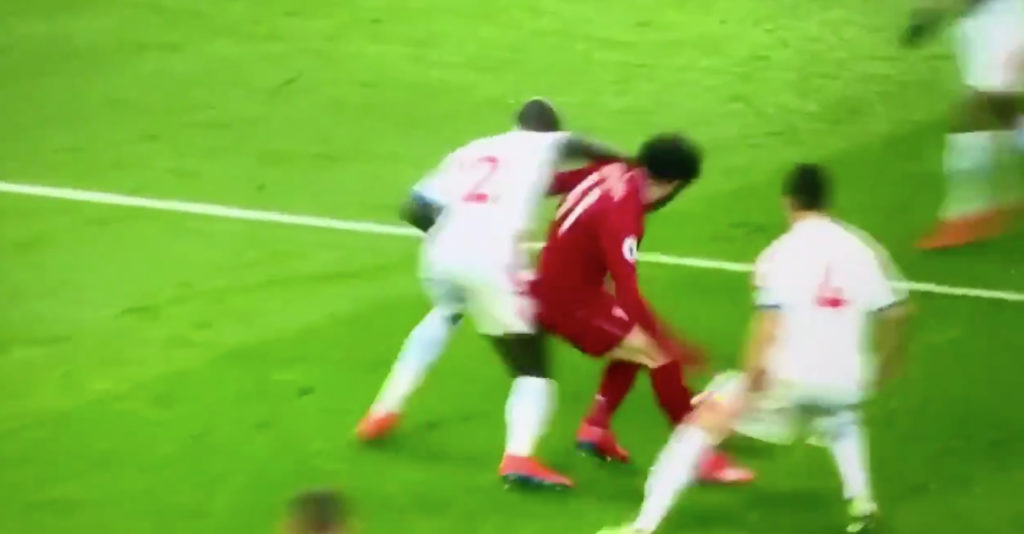 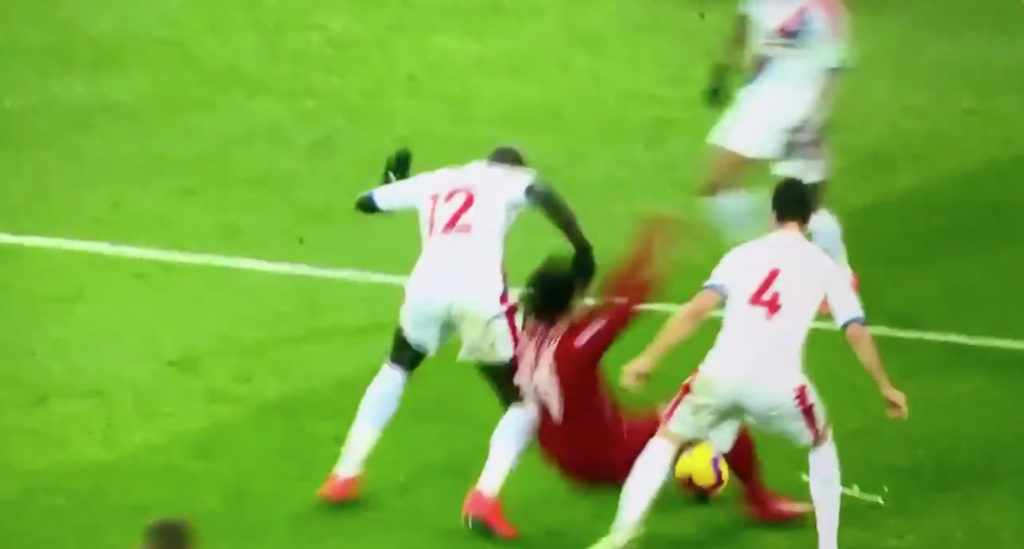 It was definitely a questionable moment from Salah, although the referee did not book him for diving.

Previously seen as an entirely honest player, he has developed reputation in recent weeks as someone who goes down easy after contact. The claims of diving had been somewhat misguided up until this point, with penalties correctly awarded against Brighton and Newcastle according to most neutral commentators.

It is hard to defend him here, however, and it certainly seemed like he was trying to buy a penalty.

Kevin Kilbane and Garth Crooks were in the BBC studio during the incident, and were not pleased by what they seen from Salah.  They labelled his actions as 'pathetic', saying that great players do not resort to such measures.

As you can imagine, the reaction to their comments was mixed:

"great players don't do that" says crooks, who lavishes praise on Sterling, Kane and especially Ronaldo! All three of who are notorious for it!! Double standards Crooks, double standards!!
I do agree he needs to cut out the diving! Funny you didn't mention your favourites tho!

“Given his talent”. Screw his talent, he's a diver. Conning referees to give his team penalties. Don't try to praise him while saying this, fact of the matter is if ANYONE dives they should be punished severely.

While you can't really argue that this was a dive, the narrative around Salah's propensity to go down easily has been largely exaggerated as of late. He certainly seems to be much more harshly judged by certain pundits, especially in comparison to English players.

Harry Kane and Dele Alli have been regularly cautioned for simulation in recent seasons but are not universally regarded as 'divers', a tag Salah seems to have been branded with in the space of a couple of weeks.

Regardless, Jurgen Klopp will no doubt have a word with the Egyptian forward about his actions today, and any similar incidents in the future will no doubt add to what is a growing narrative amongst fans and the media.