PSG may be a team full of superstars, but they relied on the biggest of all, Lionel Messi, to save them on Tuesday night with a cheeky panenka against RB Leipzig.

PSG were 2-1 down with 25 minutes to go, before a quick-fire double from Messi saved the day in Paris.

Despite the absence of Neymar, PSG's lineup for their group stage tie with RB Leipzig on Tuesday night was still outrageous. The front-three of Kylian Mbappé, Julian Draxler, and Lionel Messi would be enough to win most games, but they made hard work of it on home turf.

Leipzig are no slouches themselves, having reached the semi-finals in 2020 and contributed to knocking Manchester United out of last year's group-stage.

PSG went ahead early, thanks to a fantastic finish from Kylian Mbappé, but an impressive turnaround from Leipzig had them leading just after the hour mark, after a fantastic assist from former Man City left-back Angelino.

Messi, who arrived in Paris over the summer on a surprise free transfer from Barcelona, first linked up with Mbappé to tie the game up at 2-2 before a sublime moment of skill from the spot sealed the win for PSG.

After the 22-year old was pushed over in the area, PSG were awarded a penalty, and up stepped their summer signing. In classic silky Messi style, he calmly chipped home a panenka down the middle to put PSG ahead.

Lionel Messi with a perfect panenka 😍

Though Leipzig's finish to the game put PSG under even more pressure, the Parisians had a chance to double their lead in the closing stages.

When they were awarded a second penalty, Messi gave up his duties from the spot to give Mbappé a chance to add to his tally. What came next from the Frenchman would have had more of a place with PSG's neighbours Stade Francais in the Heineken Cup than in the Champions League, as he skied it over the bar.

Messi lets Mbappé take the penalty even though he's on a hat-trick...

Despite PSG's riches and wealth of talent, they once again made life tricky for themselves on Tuesday night, and manager Mauricio Pochettino may find himself under pressure if performances don't improve soon.

SEE ALSO: Didi Hamann Has 'No Doubt' That Mo Salah Is The Best Player In The World 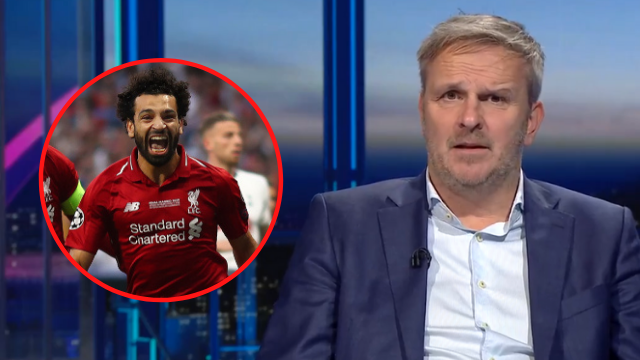