In the 100 year history of this fixture, there have been some outstanding clashes between Bohemians and Shamrock Rovers. Tonight that derby threw up another exceptional tie that climaxed with a fitting end. 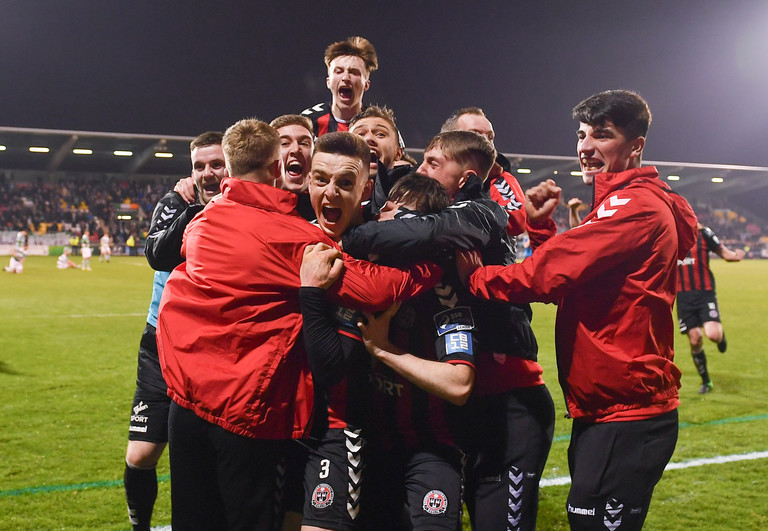 19-year-old Darragh Leahy secured the tie for Bohs with a 99th-minute winner to justify his manager Keith Long's trust in the youngster. Having been 1-0 down the Northside club refused to die and eventually, a wilting Rover succumbed.

Another superb finish, this time from Darragh Leahy.

In truth, Bohemians were full value for their win and could have had the opener had it not been for an outstanding stop by Rovers keeper Kevin Horgan.

Midway through the first half, Dan Carr gave Rovers the lead with an excellent finish.

Here's the goal from Dan Carr that has put @ShamrockRovers ahead in the #DublinDerby. What a finish!

A delighted Darragh Leahy told Eir "I don't think it gets much better than that." Long's introduction of Dinny Corcoran proved an astute decision and ultimately proved crucial as Bohs secured bragging rights with their second win over the Tallaght side this year. The result means Rovers fall to their fifth loss of the season and are leapfrogged by Derry who move into third.