Liverpool fans can hold on to their hopes of a quadruple after a scare in Villarreal on Tuesday night. The first half saw Villarreal claw back the 2-0 deficit from the first leg, as Liverpool put in one of the worst performances of the Jurgen Klopp era.

It was a true game of two halves, however, as the introduction of Luis Diaz led to a Liverpool fightback. They would go on to win 3-2 on the night, and 5-2 on aggregate, to book their place in the Champions League final in Paris.

The second half comeback had some assistance from Villarreal's goalkeeper Geronimo Rulli, who was suspect for Liverpool's first two goals before making a wild error for the deciding goal on the night.

You probably heard plenty in the buildup to the game about the size of the town of Villarreal. The town smaller than Waterford hosted one of the biggest games in the club's history, against a side challenging for trophies on three fronts to add to their League Cup triumph in February.

Liverpool - from a city much bigger than Waterford - got quite the scare in the first half of the game. A lively atmosphere at El Madrigal added to a frenzied opening, and goals from Dia and Coquelin had the tie all square on aggregate at half-time.

The second half brought a collapse from the Yellow Submarine - and their goalkeeper Rulli was a particular culprit. He didn't cover himself in glory with his attempts to stop Fabinho's opener for Liverpool.

Liverpool back in control in Villarreal. Fabinho got their first goal thanks to some dodgy goalkeeping from Rulli 😬

He could hardly be blamed for Luis Diaz's strong downward header for Liverpool's equalising goal, but Sadio Mane's goal was entirely down to a moment of madness from Rulli.

Rulli came flying out of his goal to claim a ball over the top to Mane, but mistimed his run and left the Senegal man with a stroll from 30 yards out to score Liverpool's third goal and seal a place in the final on May 28.

Geronimo Rulli will not want to see this again... #VILLIV

It was a sad end for Villarreal's brilliant Champions League run. Despite the help from Rulli, it was also a stark reminder of Liverpool's game-winning mentality, as they fought back from a shocking first half performance to ultimately win comfortably on the night. 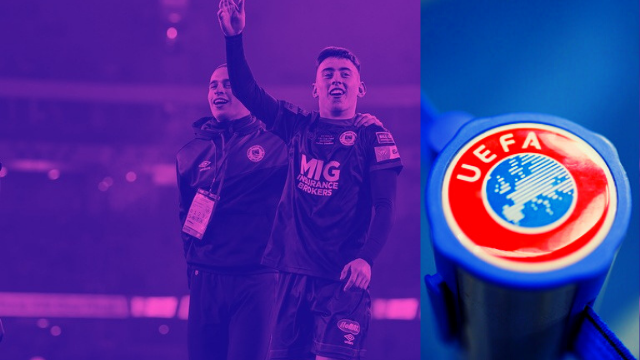