Manchester United's rut is well documented, but their all-time leading goal scorer Wayne Rooney has now added his voice to the chorus criticising the first-team squad - and he has pinpointed what he sees as the crucial problem behind their dire run of form.

Rooney is now manager of Derby County, and the Mail reported quotes from the Englishman which slam the work ethic of Solskjaer's players.

It has been a week of turmoil in Manchester after Sunday's shocking 5-0 home loss to Liverpool. Manager Ole Gunnar Solskjaer appeared on the verge of a sacking in the direct aftermath of the game, before it became clear he would be trusted to continue until, at the very least, Saturday's clash with Tottenham Hotspur in London.

Mo Salah scores for a tenth appearance in a row! 🔥#MUFC 0-3 #LFC

The drubbing at the hands of Man United's oldest rivals Liverpool demands an inquest from the highest level but, rather than direct the blame at the manager, Wayne Rooney believes that Solskjaer's players have big questions to answer.

The players have to question themselves. It's too easy for the manager to take all the stick when those players are being paid a lot of money to do the job and I don't think they're doing it well enough.

I'm seeing too many players not willing to run back, not willing to defend, and not willing to put everything on the line for that club and that's not acceptable. Those players need to be hurt, need to feel when you lose games how much it hurts you.

Liverpool are a fantastic team, similar to United in world-class players, with probably the best player in the world at the minute in Mo Salah.

The big difference is they are working off the ball. That's the only difference.

Though Rooney's time at Manchester United ended with the player on the fringes of the first-team squad, he could not be faulted for his work-rate at the club. The former England striker gradually transitioned to playing more of a midfield role, and was known for running himself into the ground week-in-week-out - something that may have contributed to his early retirement at 35.

He was a teammate of Ole Gunnar Solskjaer's at Man United from 2004 to 2007 and, though he didn't go quite as far as Dimitar Berbatov, he failed to fully support his former teammate when speaking about United's current issues.

Obviously there's pressure on Ole - everyone can see that. But I know Ole and he's a fighter. He'll keep doing the right things, believing in what he believes in, and trying to get more out of those players.

Whatever decision the club makes, they'll feel it's the right decision. What I know is you can't just bow down to what the press want or what the fans want. I'm sure United have a plan in place whether that's with or without Ole.

When your all-time leading scorer is coming out and criticising the work rate of your players, you know things are bad. Wayne Rooney's comments are only the latest in a sea of criticism for Man United and their players in recent days - and you can be sure they won't be the last.

SEE ALSO: Ronan Curtis 'Had It Out' With Stephen Kenny After Being Dropped 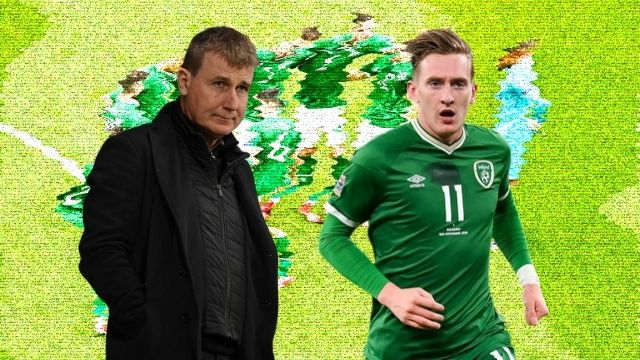