Derby County boss Wayne Rooney has offered an update Jason Knight's injury situation. It was thought the midfielder would miss out on Ireland's World Cup Qualifiers next month against Portugal, Azerbaijan and Serbia, but his timeline for return appears to be ahead of schedule.

Knight missed the start of the season for the Rams after picking up an ankle injury in pre-season, an injury that was occurred during a collision in training with Rooney himself. At the time, it was said that Rooney joined in training 'to make up the numbers' following a raft of player departures at Pride Park during the summer.

It was reported at the time that Knight may miss three months of action, but Rooney has now confirmed that his young star is in line to return much sooner.

"Knighty is working hard in the gym, [but] he is not quite outside yet," Rooney said while giving a media update on Thursday afternoon.

"He is out of his protective boot and he is progressing the way we thought he would.

"I think we are probably looking after the international break before Knighty is back with us."

While the likelihood of Knight returning to Derby before the break in three weeks remains small, the timeline would suggest being ready for at least some of Ireland's three game window is at least a small possibility at this stage, something the Irish manager wouldn't have thought possible a couple of weeks ago.

Unfortunately for Kenny, while Knight remains a long shot, even with the positive news, there was worse news today from another Championship club. Sheffield United manager Salvisa Jokanovic told the media today that Ireland left back Enda Stevens is not nearing a return, and may need a surgery, meaning another month or more on the sidelines.

An injury update from the manager. 📝

“Enda will still be a few weeks out. We are thinking too about some surgery.

We are thinking about 4-6 weeks.” pic.twitter.com/29RaZxPxFV

Stevens has been suffereing with a persistent pelvic problem that bothered him through much of last season and caused him to miss the international window in June.

Ireland, without a point from the World Cup campaign thus far, play Portugal in Faro in three weeks, before returning to the Aviva Stadium for crucial ties with Azerbaijan and Serbia.

SEE ALSO: Ireland U21 Festy Ebosele Man Of The Match For Derby In Dramatic Win 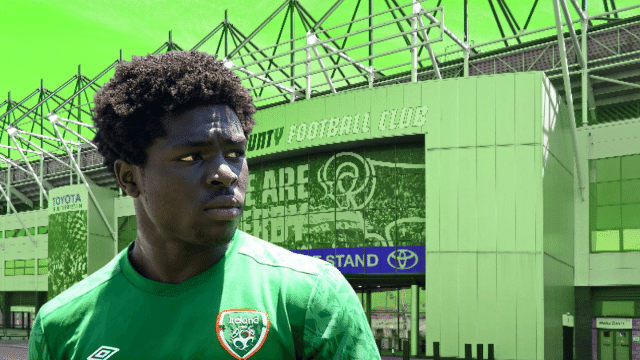