Rooney was part of the team that lost out on the 2011-12 title to Manchester City on goal difference. An injury time goal from City's Sergio Aguero against QPR sealed the most dramatic title win of the modern age, and has become one of the most iconic moments in Premier League history, if not the most iconic.

Speaking at the recent Premier League Hall of Fame ceremony, in which Rooney was inducted, he questioned the role of QPR in that famous City title win - and namedropped Irish goalkeeper Paddy Kenny

2-1 down entering the final minute on the final day of the season in 2012, it looked as though Manchester City's hopes of a maiden Premier League title had slipped away. Incredibly, injury time goals from Edin Dzeko and Sergio Aguero would turn things around and hand the Citizens a first league title in 44 years.

The 𝗚𝗥𝗘𝗔𝗧𝗘𝗦𝗧 moment in #PL history, #OnThisDay in 2012.

Irishman Paddy Kenny was in goals that day and, speaking about the late City comeback, Wayne Rooney questioned Kenny's role.

On reflection, Paddy Kenny should have done better for a couple of the goals. City get the second goal, and QPR kick it straight back to them. That's never been questioned, which I find strange.

Djibril Cisse celebrating with the City players after the game. Listen, it's a historic moment in the Premier League, and I'm sure if you're not a Manchester United player it's probably the greatest moment in the league.

It's certainly the most dramatic moment in the history of the Premier League and, though United would win one more title before the "banter era" began, City have asserted their dominance over the city of Manchester in the decade since.

Rooney's comments are fascinating, given that Kenny himself also spoke on the matter earlier this week.

Speaking to the Irish Independent, Kenny (who supported United in his youth) acknowledged the role he had played in the famous 2012 conclusion:

Maybe I could have taken half a step more to the left and possibly saved it. But he shot from about eight yards – and he could strike a ball! It was just pure pace that beat me because of how close he was. When people shoot from that sort of range you don’t have a lot of reaction time.

I’ve had some hammer over the years, saying I should have saved it, but that’s something that comes with the job. Imagine if I had saved it! No-one would ever mention it, would they?

Ten years on, and the Sergio Aguero goal certainly feels like the moment the supremacy at the top of the Premier League began to change - even if Wayne Rooney thinks more could have been done to stop it. 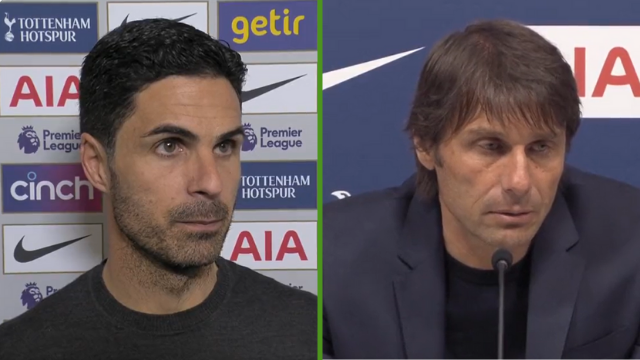 Football
7 hours ago
By Luke Delaney
Premier League: Final Day TV Games In Ireland
Football
5 days ago
By Colman Stanley
Man City Held By West Ham But Premier League Destiny Is Still In Their Hands
Football
1 week ago
By Eoin Harrington
Pep Guardiola Fires Back At Evra And Berbatov With 2011 Final Jab
Popular on Balls
Golf
1 day ago
By Gary Connaughton
Padraig Harrington Glad He Didn't Have To 'Make A Decision' On Saudi Golf League
Motorsport
1 day ago
By Gary Connaughton
Carlos Sainz Worried About How 2022 F1 Cars Will Affect Health Of Drivers
46