Wes Hoolahan Named In League Two Team Of The Season

As Irish footballers go, Wes Hoolahan was always right up there with the best. We'll never forget his goal against Sweden at Euro 2016, or his cross for Robbie Brady's famous goal against Italy.

We've missed him dearly in the heart of midfield since his retirement from international football in 2018, but he's continued plying his trade in the lower leagues of English football. He's currently a key man for Cambridge United, who are on the verge of promotion to League 1.

His performances have impressed throughout the season, and he's been rewarded at tonight's EFL Awards with a place in the League Two Team of the Season.

𝐖𝐡𝐚𝐭 a season these guys have had!

'Wessi' was also up for the Player of the Season award, but he was ultimately beaten to that accolade by his Cambridge teammate Paul Mullin, the division's top scorer with an incredible 29 goals.

Many congratulations to @CambridgeUtdFC’s record-breaking striker @PMullin7, the @SkyBetLeagueTwo Player of the Season!

Cambridge sit in second place in the division, and need just two points to ensure they move up to League One. They have two games left to seal their promotion to the third tier, first against Harrogate Town on Friday night and then against last-placed Grimsby Town on the 8th of May.

It was also a successful night for another Irishman, Aiden McGeady. The 35-year-old winger is now playing for Sunderland in League One, and he was named in the team of the season for the division, along with his teammates Lee Burge, Charlie Wyke and Luke O'Niene

Sunderland are in a similar position to Cambridge. If they wish to make their way back up to the Championship, though, they'll have to do it through the playoffs. They sit in fourth place, with Hull City already automatically promoted and Peterborough sitting on the verge of taking second place.

We're not saying it it's going to happen, but if it could be done, there would certainly be worse options for Stephen Kenny in the Irish midfield than Wes Hoolahan and Aiden McGeady. 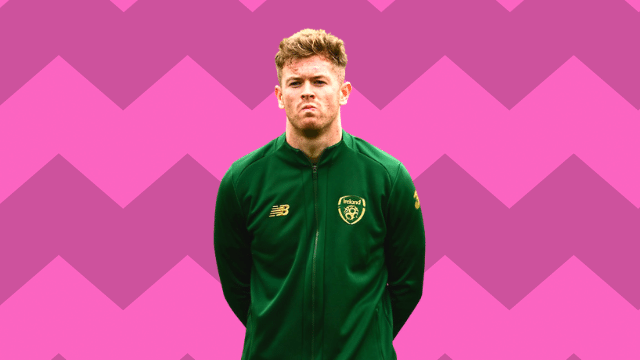