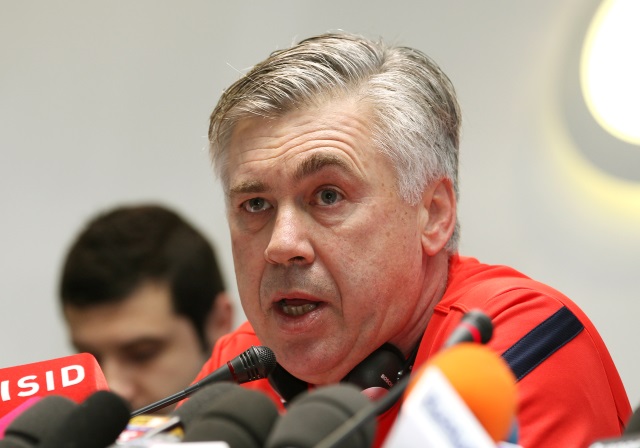 Following West Ham's loss to Newcastle on Sunday, it was immediately announced that Sam Allardyce would be departing Upton Park. In a statement joint-chairmen David Sullivan and David Gold thanked Allardyce and said they were looking to appoint a manager with a "new philosophy". You can read that as someone who prefers the football to be in contact with the ground more than you would see with a Big Sam team.

The club is reportedly being highly ambitious with their list of replacements for a manager who provided great stability.

There have already been rumours that Rafa Benitez was set to take over before Real Madrid came calling. And now, according to the Telegraph, Sullivan and Gold are after an even bigger name than the Spaniard - Carlo Ancelotti. The Italian is expected to leave Real Madrid this week and West Ham are ready to test whether or not he was serious with talk of taking a year out of management if he was to be sacked by his current employer.

The Telegraph have also listed some of the other candidates considered. These include David Moyes, Eddie Howe, Slaven Bilic, Michael Laudrup and most interestingly of all, Marcelo Bielsa.

Bielsa in the Premier League. How glorious would that be?

Premier League
2 weeks ago
By PJ Browne
Carlo Ancelotti Says Seamus Coleman's Everton Deal Is 'Forever'
Football
4 months ago
By John Dodge
The 2011-2012 Ligue 1 Season Needs To Be Remembered
Football
1 year ago
By PJ Browne
'When He Walks Into A Room, You Perk Up. He's Made A Few Tweaks'
Previous Next