Could West Ham Starlet Be The Next Irish Player To Burst Onto The Scene?

There is no shortage of promising emerging Irish talent around at the moment.

The likes of Adam Idah, Troy Parrott, Andrew Omobamidele, Gavin Bazunu, and Dara O'Shea (to name but a few) have all become fixtures at senior international level over the last 18 months despite their youth. With Stephen Kenny more than willing to give youth a chance, it is likely we will see more names added to that list in the near future.

Who are some of the candidates to do so?

Jim Crawford's U21 side is full of potential senior internationals at the moment, some of whom could make that jump in the months ahead. One player is a prime candidate, despite the fact that he has yet to make his debut at that level.

Armstrong Okoflex has long been a name that is well known in Irish footballing circles.

A prodigious talent during his time with St Kevin's, he would make the move to Arsenal at the age of 15 having also been courted by the likes of Chelsea and West Ham. His performances in London would soon ensure international recognition, although that was not just limited to Ireland.

Despite being being born in Dublin with Nigerian heritage and initially lining out for Ireland at U15, Okoflex would also spend some time in the England setup. He played for their U15 and U16 sides on a number of occasions, with the player's father telling Balls back in 2019 that his son's international future was very much up in the air.

At this time, there also came a change of clubs. Despite Arsenal being keen to retain his services, the youngster opted to move to Celtic in search of a more immediate route to first team football. He would make a handful of first team appearances over the last couple of years, although it's fair to say that he did not quite have the impact that he would have hoped for despite his obvious talents.

He was once again on the move last summer. After having originally offered him a contract in his early teenage years, West Ham would finally get their man.

Now 19-years old and not having quite made the impact at senior level he would have perhaps anticipated at this stage of his career, it remained to be seen how things would play out at his new club. Any doubt now appear to be dissipating.

Okoflex has been in remarkable form this season. His exploits in West Ham's U23 side are something to behold, with the player scoring ten goals and registering one assist in 13 PL2 appearances. Some of those strikes have been very impressive.

A first goal in Claret & Blue for Armstrong Okoflex! 👏 pic.twitter.com/V24wO4V0ME

A double for Armstrong Okoflex last night as our U23s took on Aldershot Town in a pre-season friendly 👊 pic.twitter.com/7eRH6kH6ti

Not only this, but he is also being slowly integrated into the first team. The forward has been included in David Moyes' matchday squad for three of the last four Premier League fixtures.

With the Scot likely to rotate his squad for the FA Cup game against Leeds this weekend, Okoflex could now be in line for his first team debut. Considering the way he has been performing in recent times, you wouldn't bet against him making an immediate impact.

All of this comes as it looks like doubts about his international future are wrapped up.

After contemplating a future with England, the Dubliner lined out for Ireland at U19 level towards the end of 2019. The coronavirus pandemic would limit his international involvement over the year or so that followed, although he would receive a first call-up to Jim Crawford's U21 side in November. He has yet to make his debut at that level, although that is all but certain to change in the months ahead. 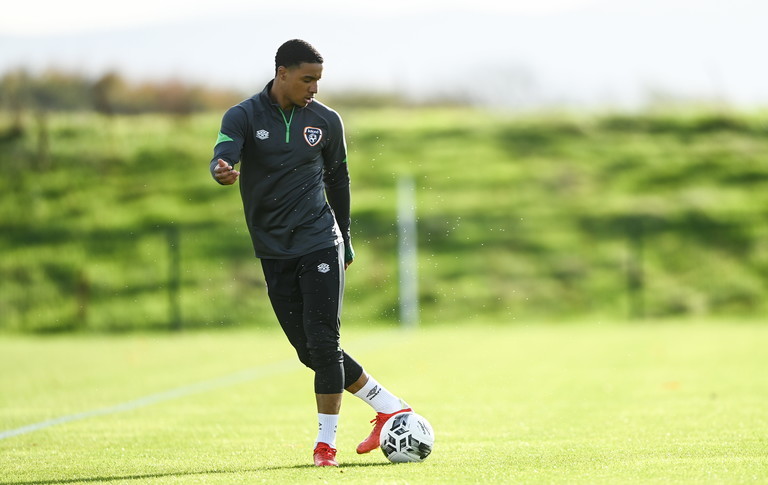 At his age, first team football should now be a priority. It would incredible if that could come at West Ham over the second half of the season, although that could prove difficult with the club fighting for European places.

A loan deal could be sought, although Jim Crawford warned the player last year that such a move should not be taken without some careful consideration:

Armstrong would be a player that needs the ball at his feet because he's exciting in that way, getting at people and what have you.

We’ve spoken about that and it's a conversation that needs to happen with the club, to go on loan, but to the right club too, whether that's League One, League Two? I don't know. Is that a little bit further afield? Belgium? Holland?

I just look at certain players with certain characteristics that suit that type of football i.e. Jack Byrne.

Look, Jack is nothing like Armstrong in terms of playing characteristics but sometimes you need to go to a place which can help you and your superskills that are going to get you into West Ham’s first team as opposed to going on loan for the sake of going on loan to a League Two team that don’t play the type of football that suits you.

That’s why I was saying it to him to have a think about it, just don’t go jumping into a club to say ‘I’m playing first-team football now’ and it could hamper you.

Considering that Okoflex did not quite make the impact at Celtic that he would have hoped for, he would perhaps be better serve remaining at West Ham for now. The progression he has made this season has been remarkable and it would be a shame it that were to be hampered now.

David Moyes is clearly a fan of his, so opportunities could present themselves in the months ahead.

Stephen Kenny will certainly be keeping a close eye on his progress. The Ireland boss has shown that he is not afraid to hand a youngster an opportunity, even if they have not been featuring regularly at club level.

If he can his head down and continue on the path he is currently on, it might not be too long before we see Armstrong Okoflex pull on the green jersey. He certainly has the talent to do so. 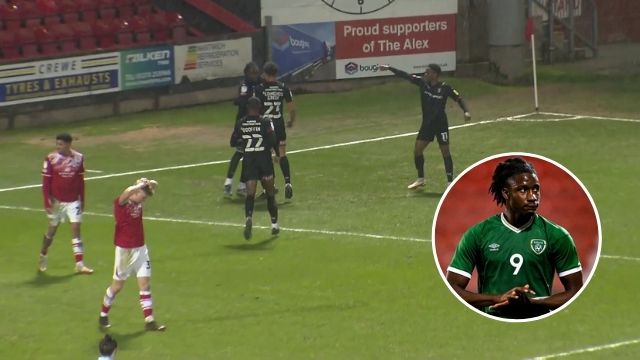