Three Irish players, Mipo Odubeko, Armstrong Oko-Flex and Conor Coventry, were all on target last night as West Ham's U23s put Arsenal to the sword, underlying the talent, not only at West Ham, but for Ireland at the underage grades.

Former Celtic striker Oko-Flex, a former St Kevin's player who moved to Arsenal as an 11 year old, scored a hat-trick against his old club. Former St Joseph's Boys forward Odubeko got one early on in the first-half. Coventry would also get on in the act in a dominant win.

As Ireland's fortunes have suffered in recent times, it is refreshing to see a new breed of talent coming through, and if they continue to impress as they did last night, the future is bright.

Odubeko opened the scoring for the Hammers in the 10th minutes after pouncing on some hesitant defending, blasting his effort into the roof of the net.

The U23s forward hammers his team into the lead after Lanzini won the ball high up the pitch!#PL2 #COYI 1-0 (13) pic.twitter.com/rPd5YOjzjn

It was then two thanks to another mistake in the Arsenal defence, with Oko-Flex the next to profit from that. He dispossessed a defender before slotting home past the Gunners keeper who was left with no chance to keep it out.

And just a minute later, Ireland U21 international Conor Coventry made it 3-o.

Coventry, who was on the bench in West Ham's first Premier League game of the season against Newcastle on Sunday, picked up on a poor restart from the North London side, before dancing around the Arsenal defence and blasting home.

Oko-Flex made it four shortly after, finishing off a fine attacking move after some more Arsenal defensive indecision.

The former St Kevin's Boy's striker completed his hat-trick then with just over ten minutes to play with another instinctive finish.

Ireland Trio Star For West Ham's U23 side

“It was a good game and a good start for me and the team,” Okoflex told West Ham TV after the game.

We’ve worked hard in pre-season and that showed in the first game of the season, so I’m pleased for the whole team.

In the first half, we scored our first goal from a high press. I think it probably took half-time for the coaches to show us how we should be pressing down.

With my goal and Conor’s goal and others, we won the ball back with a high press and came out and scored.

We had a good half-time team talk and we came out and delivered what the coaches told us.

It was an all-round good day. I even had some family and friends here and saw them after the game, so it felt kind of special, especially because it was against Arsenal. When I was younger I was in their academy.

I knew their team and their coaches [personally]. It was an all-round special night for me and I enjoyed playing in this beautiful stadium.

All in all, it was a very impressive night for the Irish in Premier League U23 action on Monday.

Brighton pair James Furlong and Evan Ferguson impressed during a 2-0 win over Derby, with the latter scoring a header.

Jake O'Brien also got in on the act as Crystal Palace's U23s lost 3-1 at home to Leeds United.

But the acclaim goes to West Ham's U23 Irish trio who dismantled a sorry Arsenal at the London Stadium, running out 6-1 winners. 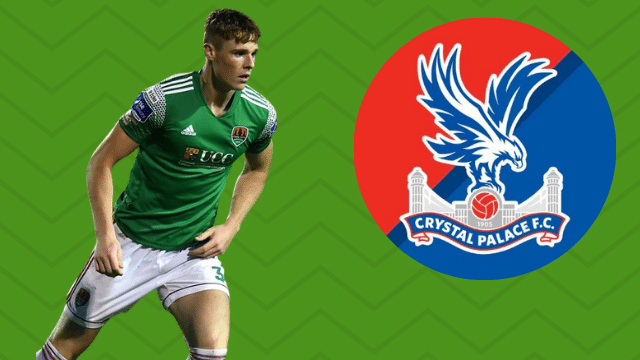