If you look down the list of Champions League finalists, you see all the big clubs from Bayern Munich, Real Madrid, Barcelona and so on competing for Europe's biggest prize. But there is one final that sticks out like a sore thumb and that's the 2004 final. Monaco and Porto are both in their own right famous and historic clubs in European football but unfortunately, the evolution of contemporary football means both are feeder clubs to Europe's elite.

However back in 2004 both teams went on a cinderella run and would meet in Gelsenkirchen for the Champions League. Porto, lead by Jose Mourinho, Deco and Ricardo Carvalho was a team full of stars ready to break through and they would dominate the game, winning 3-0.

Monaco on the other hand weren't full of many future stars, but under the tutelage of World Cup winning captain and future winning coach Didier Deschamps, the principality shocked Real Madrid and Chelsea on the way to the final. Here's a look at the starting 11 from that final and what each player went on to do after.

The Italian keeper was a club stalwart at Monaco, spending eight years in the South of France before winding down at Milan in 2009. He was the first choice keeper through out his time at Monaco, making over 200 appearances. He was the only Italian to start a Champions League final for a non-Italian team for 17 years until Jorginho started for Chelsea in 2021.

The Argentine defender has the unique distinguish of playing in a Champions League final against his parent club. Ibarra was loaned out to Monaco at the start of the season as he and Jose Mourinho didn't see eye to eye. At the end of the next season Ibarra returned to Argentina to play for Boca Juniors and he stayed on at the club as a coach and is currently the interim manager of the Boca reserve's team.

Scottish football fans may remember Rodriguez from his short stint at Rangers between 2005-2007. He was meant to be one of the key players in Paul Le Guen's squad but it didn't work out and when Le Guen was replaced by Walter Smith in 2007, Rodriguez was sold to Marseille were he finished his career in 2010.

Givet is a player many of you might remember from his time at Blackburn Rovers. Givet was a regular during Sam Allardyce's time at Ewood Park after joining in 2009. The 12 time capped French international would return to France in 2013 where he would end his career at Arles-Avignon.

Probably the most successful player on this list Evra was only 23 when he played in this final and was starting to make a name for himself. He would continue his development at Monaco until 2006 when Sir Alex Ferguson signed him for Manchester United. He would go on to make over 350 appearances for the Red Devils, captaining the club and winning countless of trophies, including a Champions League in Moscow in 2008 before moving to Juventus in 2014. He now regularly goes viral online for his odd antics.

3 - Patrice Evra is one of just two players to have played in a UEFA Champions League final (since 1992) for three different clubs, alongside Clarence Seedorf. Evra appeared in a CL final for Monaco, Manchester United and Juventus. Retired. pic.twitter.com/gfbxXyhAU4

Cissé was another loanee Monaco had on the books, this time from PSG. Just the season before this Cissé was a part of the ridiculously talented West Ham side that got relegated from the Premiership in 2002-03. He had a solid career for himself, moving to Besitkas in 2007 before a move back to France with Marseille in 2009 and he finished off his career with Auxerre. Today he's a pundit who isn't afraid to criticise his former team PSG, and especially Neymar.

The second Argentine in this XI, Bernardi joined Monaco from Marseille in 2001. He went on to make 178 league appearances for Monaco until 2008 and spent the final years of his career at Newell's Old Boys in Argentina. Since retiring in 2014 he has gone on to become a manager, doing the rounds in the Argentine first division with his last club being Godoy Cruz where he managed until 2019.

The midfielder became the first Greek to play in the Champions League final since the rebranding in 1992 but 2004 wasn't all rosy for Zikos. He of course lost this final and then missed out on Greece's squad for Euro 2004, which they would go on to win. He retired in 2008 and is now an Academy manager for A.O. Glyfada.

One of the more recognisable names her, Giuly was a great player to watch. He was a workhorse down the right flank with a brilliant delivery. He was the captain of this side but would leave after the final to join Barcelona. The French international would help the Catalans end their six-year drought without a league title in 2005 before ending his career back in France with PSG, Monaco again, Lorient and Monts d'or Azergues.

Rothen is another French international who would leave Monaco the summer after the final. He would move to PSG for €11 million, fulfilling a childhood dream to play for his hometown club. He would reject European giants like Manchester United, Chelsea and more to stay home with PSG. He would go on loan to Rangers in 2009 but his time in Scotland wasn't very successful and he would be gone just six months later. Nowaday he too, like Cissé is a pundit who slams Neymar on his own show.

When Morientes went to Monaco, many thought he was past his peak. He had a couple of fairly unsuccessful seasons at Real Madrid and with the original Ronaldo coming in, he was deemed surplus to requirements. However during Monaco's Champions League run Morientes would scored the vital away goal for Monaco against Madrid and would knock out the Galaticos before scoring in the semis against Chelsea to get to the final. He retired in 2010 after spells at Liverpool, Valencia and Marseille.

There were a couple of recognisable names on the bench in the form of Emmanuel Adebayor and Sébastien Squillaci. Both would go on to play for Arsenal but had dratically different impacts. Adebayor was the heir to Henry at the Emirates and would be a success before leaving for Manchester City. He would go down in history for his length of the pitch run towards the Arsenal fans after scoring in his first match against them for City. 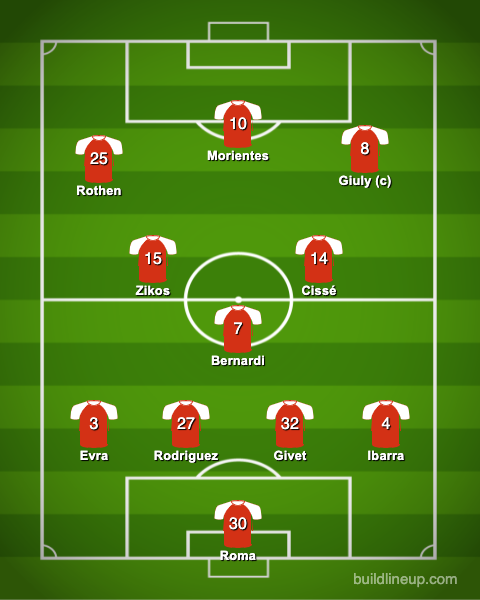 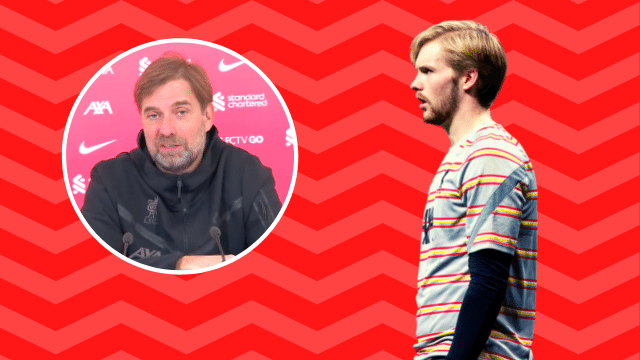 Football
5 hours ago
By Gary Connaughton
Watch: Remarkable Fan Footage Emerges Of Manchester United's Famous 1999 Nou Camp Comeback
Football
11 hours ago
By Gary Connaughton
Neville & Carragher Argue Over Favourites Tag Ahead Of Champions League Final
Football
1 day ago
By Luke Delaney
Salah And Mané Have Different Answers About Their Future With Liverpool
Popular on Balls
Football
1 day ago
By PJ Browne
Five Things Learned From Stephen Kenny's Nations League Press Conference
GAA
8 hours ago
By PJ Browne
'I'm In The Heart of Limerick City. You Can See Them Coming A Mile Away'
35