After A Challenging Season At Brighton, What Is Next For Shane Duffy?

A year ago, we didn't think Shane Duffy would be at a crossroads in his career. Certainly not in this sense.

When Harry Maguire made his £80million transfer to Manchester United, some wondered out loud whether Shane Duffy would ever be granted the same opportunity of a transfer to a club competing for European places.

Those questions had some merit. The Derry native had just come off the back of three fantastic seasons at Brighton, a spell which saw them earn promotion to the Premier League and then consolidate their place in the division.

That is without mentioning his performances for Ireland, where Duffy had established himself as the key player in the team under both Martin O'Neill and Mick McCarthy. Having run away with Brighton's Player of the Year award in 2018/19, it was fair to wonder what the next step in his career would be at 27-years old. 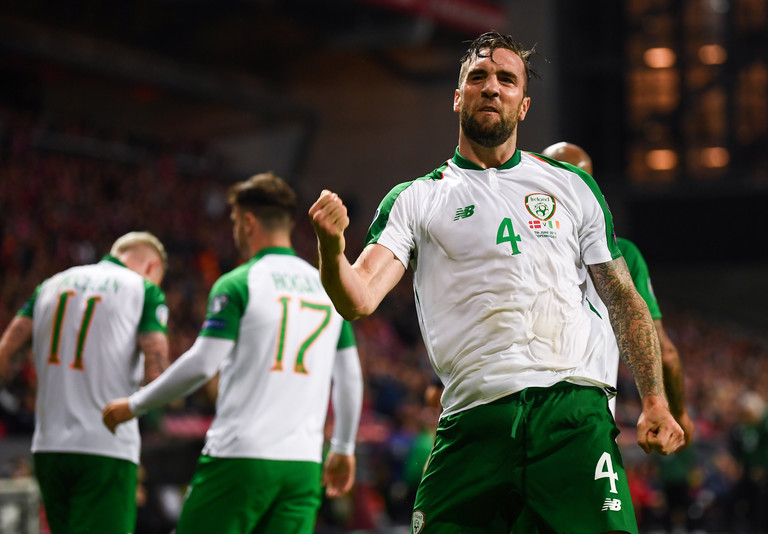 One knock on the player was that he could struggle at times with the ball at his feet. That certainly hurt his chances of a move to one of the top clubs in the Premier League, despite his defensive abilities.

As it would turn out, it would also be his downfall at Brighton over the last 12 months.

The club opted to part ways with Chris Hughton at the end of last season, feeling that they could not take the next step in the Premier League while employing his conservative style.

Graham Potter was their choice to replace him, the man who had worked his way up from the fourth division of Swedish football to the Europa League while playing an attractive style of football. He had done the same during his one season at Swansea.

Duffy was given opportunities at the start of the season. He started four of the first five games, although it was soon obvious that Potter wanted more from his centre backs while in possession.

The move to a back three also didn't help the Irishman, with that system requiring defenders who are comfortable in carrying the ball out of the defensive third, especially from those on the left and right.

As the season went on, it became increasingly clear that he would no longer be considered a first choice player at the Amex. After going half a decade with his career on a constant upward trajectory, this was a major change in fortunes.

It all leads to the question: what is next for Shane Duffy?

He tweeted after Brighton's final home game of the season, perhaps hinting that his time at the club could be coming to an end.

3rd successful season staying in the league proud off the boys all season working hard and learning new ways! It’s been a pleasure lads 💙 pic.twitter.com/MHcmsGLo7x

His tweet after yesterday's win, which he missed due to a dental procedure, said he looked forward to next season, but Duffy's future is very much up in the air at the moment.

Ben White is set to return to Brighton after a hugely successful loan spell at Leeds and is all but guaranteed to be first choice next season if he does not make a big money move elsewhere. With the likes of Lewis Dunk, Dan Burn, and Adam Webster unlikely to move on, playing time could be hard to come by for Duffy next season.

At 28-years old, can he afford to spend another season sitting on the bench?

A move to one of the biggest clubs in the league can certainly be put on ice for now. There will only be a select group of clubs that would consider a move for the defender.

Duffy has the ability to be an excellent addition to a defence, but he needs a certain type of system in order to thrive. He needs a team that sits deep, employs holding midfielders in front of him, and will not require him to play the ball out from the back all that often. That limits his options.

He is definitely a player of Premier League quality. A quick look around the division would see you pick out the likes of Crystal Palace, Newcastle United, West Ham (assuming David Moyes is still there), Burnley, or Aston Villa as potential fits.

You could probably rule out Burnley due to their dependance on the partnership of Ben Mee and James Tarkowski, but those other sides could well be in the market for a centre back this summer. The promoted sides could also consider him as a player with top flight experience.

It is just a matter of whether those teams would be interested in Duffy, and what type of price tag Brighton could slap on a player that is still valued by the club. He certainly needs assurances of first team football in any transfer.

With Stephen Kenny taking the Ireland job, his long-term future in the starting XI may not be as secure as some would think. He will almost certainly be first choice for the Euro 2020 play-offs later this year, but it is difficult to tell beyond that. 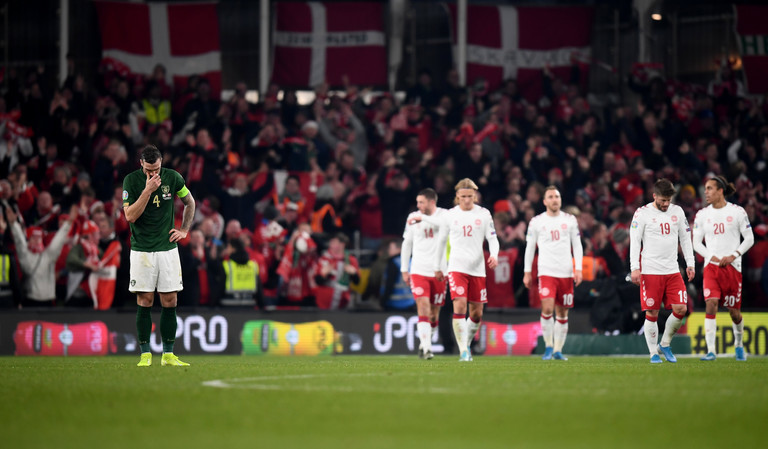 Kenny wants centre backs who are mobile and good on the ball, especially when he asks his fullbacks to push so high on the pitch. John Egan is the ideal fit and is probably the first name on the Ireland team sheet at the moment.

Dara O'Shea is lurking in the background as a player who the Ireland boss is a huge admirer of, while you also have the likes of Ciaran Clark, Conor Masterson, Darragh Lenihan, Kevin Long, and Nathan Collins who could be considered.

A lack of first team football could mean certainly hurt Duffy's international prospects, even if not in the short-term.

Hopefully this conversation will be moot in just a few months times. We are backing to Duffy to return to his peak form, and he certainly has all the talent to do so.

He just might have to move away from Brighton in order to get back on track.

Football
7 months ago
By Jonathan Byrne
Duffy's Redemption Complete As Potter Won't Replace £50 Million White
Football
8 months ago
By Andrew Dempsey
A Debut At 14 To Brighton's First Team At 16, The Rising Star Of Evan Ferguson
Football
8 months ago
By Gary Connaughton
After The Year From Hell, Shane Duffy Has Gotten His Mojo Back
Popular on Balls
Rugby
1 day ago
By Colman Stanley
'I Think Munster Softened Them Up For Us': Sexton Not Carried Away After Clincial Leinster Win
GAA
2 days ago
By PJ Browne
Mayo's Padraig O'Hora Using Football To Promote His Real Passion
Rugby
14 hours ago
By Colman Stanley
'That Pace, That Intensity, That Organisation' All Black Legend Has High Praise For Leinster
The Rewind
1 day ago
By Eoin Harrington
Watch: Brilliant Dermot Morgan Dublin Segment From 'The Travel Show' Resurfaces