What Number Will Cristiano Ronaldo Wear At Man United?

18 years after he first arrived in Manchester, Ronaldo has resigned for Man United after three years at Juventus.

The deal to bring him back to Old Trafford was reported to be in the range of £15m, with £8m in add-ons. Fabrizio Romano tweeted on Friday evening, suggesting that Juve are guaranteed somewhere in the range of £20m with some of the add-ons said to be "easy" for Ronaldo to achieve.

Manchester United will pay €15m with €8m in add-ons as fee to Juventus for Cristiano Ronaldo. Gonna be around €20m guaranteed to Juventus as some add-ons are ‘easy’. 🔴 #MUFC

Paul Pogba has NEVER been discussed as part of the negotiation with Juve. He’s staying.

What number will Cristiano Ronaldo wear at Man United?

The CR7 brand is well known across the world, but Ronaldo may not be able to take his traditional number 7 shirt number at Man United. Currently, the number 7 is taken by Uruguayan striker Edinson Cavani.

Cavani had been expected to leave Old Trafford this summer, but was convinced to extend his contract by a year to experience the return of crowds. Question marks over his commitment were raised by his reaction to the blanket ban on Premier League players representing international teams in red-list countries, but it is still unlikely he will leave, or give up his number 7.

Cavani reacting on Instagram to the red list ban for Premier League players. It will have been over eight weeks since Cavani last played (for Uruguay), come his possible involvement at Wolves on Sunday. Uruguay have three games in six days in September #mufc pic.twitter.com/ry0NRhqlnf

Looking at the other numbers Ronaldo has worn during his career throws up a few more options - but only one of them is currently available at Man United.

When Ronaldo left United in 2009, he took the number 9 jersey at Real Madrid for one season, with 7 taken by Raul. The number 9 is currently worn by the out-of-form Anthony Martial at Man United. Though Martial struggled last season, there has been little movement from Old Trafford to sell the Frenchman this summer. 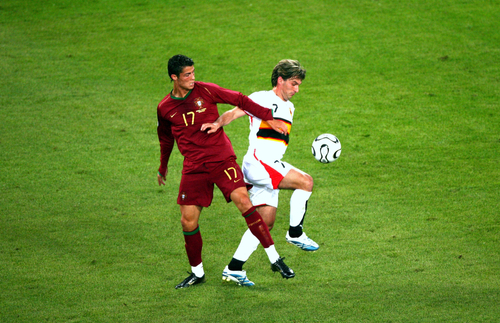 At the start of his international career with Portugal, Ronaldo wore 17 before the retirement of Luis Figo in 2006. The 17 at Man United is currently worn by Fred, who has been a mainstay in midfield - much to the dismay of many pundits.

That leaves one more option from Ronaldo's career - the number 28 that he wore at Sporting Lisbon for his sole senior season there in 2002-03. He almost wore this number for the club previously - when he signed for Man United in the summer of 2003, Alex Ferguson reportedly persuaded him to take the iconic number 7 rather than 28, which he requested.

The 28 at Man United is currently worn by Facundo Pellistri, who is spending the season on loan at Alaves - potentially freeing it up for Ronaldo.

Cristiano Ronaldo is set to make his second Man United debut after the international break, and we'll know by then what shirt number he will wear. There may be a push to get him into the number 7 jersey, but he may have to settle for a move away from his brand, for this year at least. 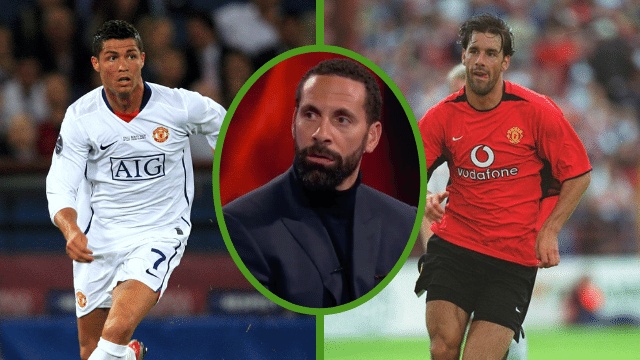